Can Sony’s new mirrorless camera win the hearts and minds of pro photographers? With an array of ground-breaking features on offer, it’s more than possible…

Rumours of the deaths of DSLR giants such as Canon and Nikon have been grossly exaggerated, certainly in the world of professional photography. While mirrorless cameras may have a strong foothold with enthusiasts, it’s the wedding, documentary, sports and wildlife shooters who haven’t been lured by the charms of mirrorless. Yet.

Many photographers are used to certain camera ergonomics with dedicated buttons and dials to alter the important settings, fast frame rates with a real-time optical viewfinder and instant camera response, with autofocus that’s consistent and very quick. Laggy electronic viewfinders, hit-and-miss contrast-detect AF and digging into menus to change settings just doesn’t cut it. Not to mention buffers that fill up quickly and batteries that drain after a few hundred shots. 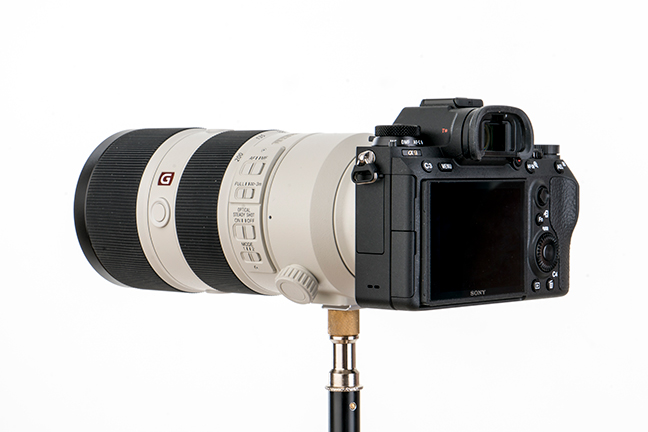 The full-frame Sony α9 is the camera that is designed to finally solve all those issues and start to win over hardcore pros to mirrorless. And after shooting the α9 in the real-world conditions it was designed to work in, the camera definitely lives up to its billing as a camera that’s superior to even the highest-end pro DSLRs. It does things DSLR cameras can’t – such as shooting 20fps in silence. Wedding photographers and movie set shooters rejoice.

The heart of the camera is a 24-megapixel stacked CMOS sensor, with back side illuminated technology for low noise. This stacked sensor has an extra processor that Sony says is 20 times faster than normal. This is not only the key to the fast frame rate, it virtually eliminates rolling shutter artefacts when shooting video, allows the shutter speed to go as high as 1/32,000sec, lets the camera focus much faster and totally removes any viewfinder blackout. So unlike a DSLR there’s no constant interruption of the image as the mirror flaps up and down as you shoot. And unlike other mirrorless cameras, there is no viewfinder lag, no reduction of frame rates if you want continuous live view, and the autofocus and autoexposure still works as you shoot. The camera makes 60 focus and exposure calculations per second, which gives amazing subject tracking. 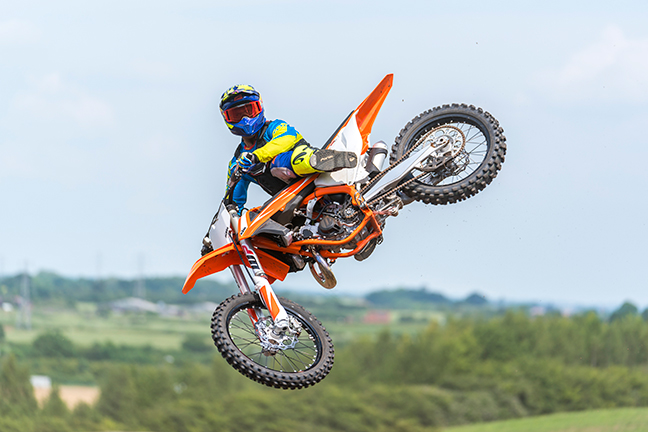 It acquires focus incredibly quickly and accurately, and stays locked on to the subject very well, certainly as well as any pro DSLR. And once you’ve got into the habit of shooting at 20fps – which is possible for up to 241 Raw files before the buffer fills up – it’s hard going back to the pedestrian 12fps Nikon D5.

When cameras used to max out at 5fps, sports pros used to say you just can’t machine-gun the image and pick out the shot that captures the peak of the action, you still had to rely on timing. But at 20fps you can machine gun and pick the best. With 24fps being true cinema video speed, it’s close to being a video camera with full-size Raw file screen grabs. It’s edging its way towards a very different way of working, where taking screen grabs from 8K video cameras becomes the norm.

The α9 is a camera that cleverly morphs the old-school way of working with a very new way. Take the autofocus, for example. For many professionals, the established way of working is to select a single autofocus point that you move around the screen using a thumb-operated mini joystick. You may also use the back-button focusing AF-On method, for which you use your thumb to initiate AF and then your index finger to trigger the shutter. The Sony α9 is one of the first mirrorless cameras to offer you exactly this option, with the increased benefit that the AF points cover far more of the screen than on any DSLR.

Many mirrorless and even some DSLRs now offer more advanced autofocus systems, with 3D tracking, eye-detect and lots more. These are largely ignored by dyed-in-the-wool pros who don’t trust anything they can’t fully control. The Sony α9 has some of the most advanced autofocus controls, and they work surprisingly well. Not only can you easily change the size of the autofocus target, but also engage new tech such as Wide Area AF, with which the camera itself quickly determines the subject it should track; and the far more useful Lock-On AF, with which you initiate what the camera should focus on and it tracks it. Of course few pro users would ever let the camera decide what to focus on. Lock-On AF is far more useful and really can track a subject as it moves around the frame.

The α9 also has the latest version of Eye AF, with which you lock the focus point on your subject’s eye and as they move, it follows them. All this may sound like technology aimed at amateurs that no true pro would ever use. But once you start to play with it and understand how it works and equally, where it might fail, it just becomes another tool. After all, photographers never used to trust any autoexposure modes, autofocus or TTL flash, for example. There’s a learning curve to get the best out of any new technology. The articulated rear screen is a touchscreen which is set to ‘off’ as a default. Turn it on and you can initiate focus by touch, which is ideal for tripod-mounted stills and video shooting. The screen itself may not be the retina-style of some of its rivals, but for reviewing photos you can always hold the camera to your eye and look at them on the EVF to see a much clearer picture. Something DSLRs can’t do. The EVF is clear and you soon forget you’re not looking at an optical viewfinder. It also has the benefits of being able to display what the exposure will look like before you’ve pressed the shutter.

In terms of image quality the α9 really delivers – certainly against its sports-style rivals such as the Nikon D5 and Canon 1DX Mark II. The Sony’s 24.2 megapixels is marginally more than the 20.2 of the Canon and 20.8 of the Nikon, and its image quality is remarkably similar to both those cameras in terms of detail, noise from low to high ISO and dynamic range, which is a huge feat in itself as these are the best in the business. The D5 has a weak anti-aliasing filter so Raw files look initially sharper, but in Jpeg – which many sports shooters still use exclusively – Sony’s images are detailed, sharp and have low noise right out of the camera.

In terms of low-light performance, it’s right up there with the Canon and Nikon, and although the Nikon goes to 3,280,000 ISO versus the Sony at 204,800, that’s largely academic. The Nikon still does have the edge at ludicrously high ISOs, but the Sony isn’t far behind at all. You certainly would find it very difficult to single out the image quality of any of these cameras as the sole motivator for purchase. All are excellent. And you can even underexpose images by a huge amount – certainly up to four stops – and still drag out a useable file from the Raw image. The colours are typical understated Sony, but these can be boosted in processing if that’s the look you want.

One issue resulting from the α9’s fast shooting is that at continuous shooting over 5fps, the images drop from 14-bit to 12-bit mode, which in theory should reduce dynamic range to around 12 stops. We tried hard to notice any difference, and couldn’t.

The camera itself now has lots of external controls for changing most-used settings, and has dual SD slots although strangely only one is USD-II compatible. There’s an Ethernet port, a PC socket, headphone, microphone and mini-HDMI jacks. The body is dust- and weather-resistant. And the new 2280mAh battery is only rated for 480 shots – we shot 2000 stills and 98 video clips with it and 55% charge remained. This was also on the hottest day of the year, and we had no overheating issues.

With the camera being smaller and lighter than its DSLR rivals, it’s more portable but can feel a bit cramped. The AF-On button and Video Rec button are very close and more than once the wrong one was accidentally pushed. And the typically complex Sony menus have been improved but are still not ideal. 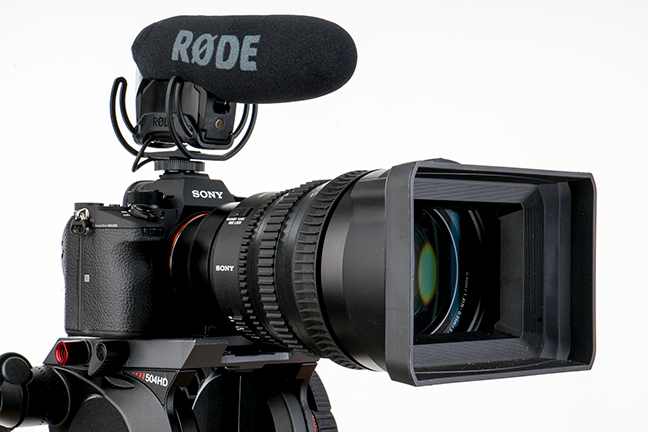 On paper, the video specification of the Sony α9 is up there with its Canon and Nikon sports rivals but isn’t particularly more impressive. The Canon 1DX Mark II offers 4K at 60p, the Sony and Nikon D5 only 30p. Canon and Sony shoot 120fps HD slow-motion, the Nikon only 60fps.

But in use, the Sony has the huge benefits of a mirrorless camera with an EVF. There’s no clunky live view implementation, where the viewfinder is blacked out by the mirror and you have to use the LCD monitor to view. Just use the Sony’s viewfinder or articulating monitor. And the Sony has five-axis image stabilisation for relatively shake-free results handheld. And the autofocus, although slightly less advanced than when used for stills, is an eye-opener. Manual focusing is aided by focus peaking.

In actual video quality, the Sony excels. Its stacked sensor means rolling shutter is virtually nil, and it records video across the full width of the sensor to collect 6K of information, which is oversampled to produce 4K footage.

The α9’s footage is highly detailed and noise-free, especially in 4K, although the 120fps super slow-motion in HD is very impressive, too. It’s ideal for being a no-compromise camera you can use for sports or news in both stills and video, so is in a class of its own.

Canon and Nikon have a real rival for pro sports, wedding and news shooters with the Sony a9. The image quality is definitely there, the AF performance is stunning and the frame rate is simply superior. And it can be set to totally silent. It’s smaller than its rivals, costs a tiny bit less and records incredible video – all in one package.

But, a pro relies not just on one camera but a whole system, and it’s here Sony is nowhere near its rivals. The native Sony lens range is growing but there are no 300mm, 400mm f/2.8 or longer super-telephotos, for example. There are limited rental options, a tiny pro support network and limited compatibility with aftermarket flash systems. That’s a deal-breaker for many working professionals. 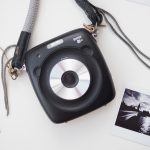 With a great feature set and a competitive price, does the X-S10 have the...
Read Here