When it comes to the action cameras, GoPro still has a firm grip on the market, but of course this means that the brand’s products cost a premium, too. Alternatives are available but quality and performance often varies so what can SJCAM bring to the party with its flagship SJ7 model?

In terms of build quality, the SJ7 impresses with a classy alloy frame and rubberised front plate that is more iPhone than action cam. The unit comes with a standard waterproof housing that’s rated for depths down to 30m and also in the box is various attachments so you can mount the camera to different surfaces or objects. With a ‘shutter’ button on top and power/settings buttons on the front, the unit also has ports for USB and HDMI on the side. The 1000mAh capacity battery slots in the bottom of the unit and the MicroSD card (not supplied) pops in at the side. The rear LCD is touch-sensitive and used to adjust settings as you swipe and scroll in the same way as using your tablet or phone. The menu settings clearly laid out and using the touch screen is much faster than constantly pressing buttons. 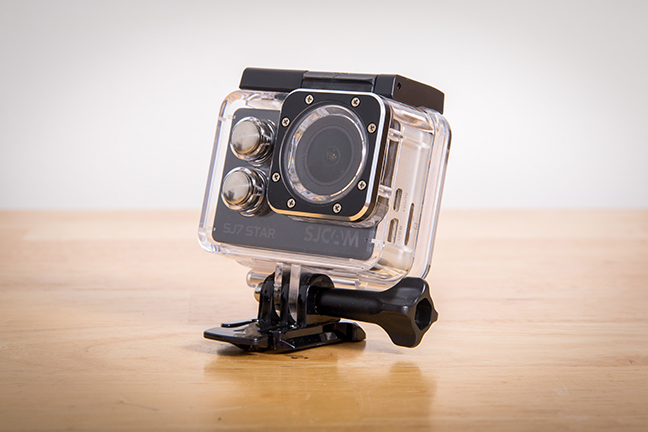 For filmmakers looking to capture unusual b-roll, the SJ7 has a lot of offer. The unit shoots native 4K video (3840×2160) at 30/25fps and 2.7K at 60p. Equally important for an action camera, the SJ7 can also shoot Full HD at 120fps, which can be used to create smooth slow-motion footage. There’s also plenty for stills shooters to be impressed with to as the SJ7 offers a 12-megapixel sensor with control over exposure compensation, white balance, ISO and sharpness. There’s also an option to shoot stills at 16-megapixels by interpolating the image. 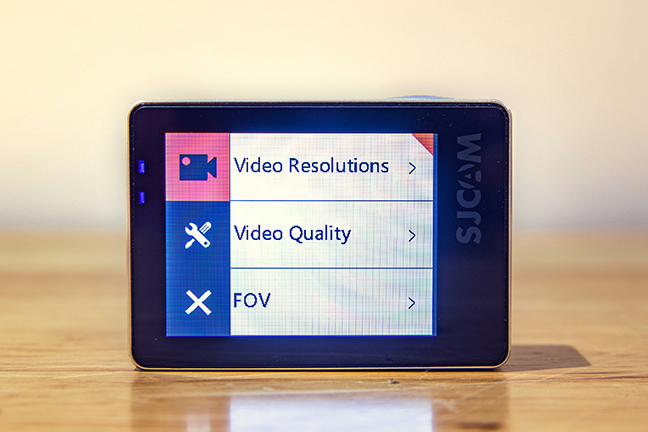 While the specs are competitive, it’s arguably the accessories SJCAM offer that makes the real difference. Vloggers will be impressed with the plug-in USB lavalier mic (priced at around £20) that gives far superior audio to the SJ7’s built in microphone. Better still is a control unit watch (also priced around £20) that enables the SJ7 to be triggered remotely and this has obvious potential for sports and action creatives who want to capture video and stills while in motion. It’s worth mentioning the unit can also be controlled via your smartphone with the SJCAM app, which enables you to quickly transfer and upload content to the internet. Purely on specs, the SJ7 is comparable to the GoPro 4 and even has some of the same features as the latest GoPro5, but is over £150 more affordable and this could well be enough for photographers and filmmakers to take a second look at this impressive action camera. 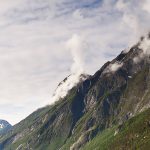 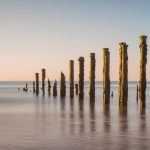 Canon has just refreshed its compact range with the Canon G5X Mark II. Is...