Boasting an awesome feature set, the full-frame mirrorless Panasonic Lumix S5 is capable of exceptional quality stills and cinema quality video, and it has the all credentials to be the ultimate still/video hybrid camera.

With more and more stills photographers seeing the benefit of video, whether that is for social media, professionally or an opportunity to expand their creative horizons, the need for cameras with the ability to shoot high-quality stills and video has never been greater.

The Panasonic Lumix S5 has been conceived to fulfil that need. It is a hybrid full-frame mirrorless camera with 24.2 megapixels for stills, with 4K video recording internally or externally, all in a very compact body form. Remarkably, not only is the Lumix S5 the smallest and lightest S series camera to date, it is actually smaller than the hugely popular Panasonic Lumix GH5 – and that is a camera using the much smaller Micro Four Thirds format. That makes the Lumix S5 really portable and suitable for more periods of handheld shooting, while the camera’s design is user-friendly, too, with an excellent control layout and great features such as a free-angle 1.84 million dot touchscreen, 260k dot OLED electronic viewfinder and an accurate and responsive autofocus system. 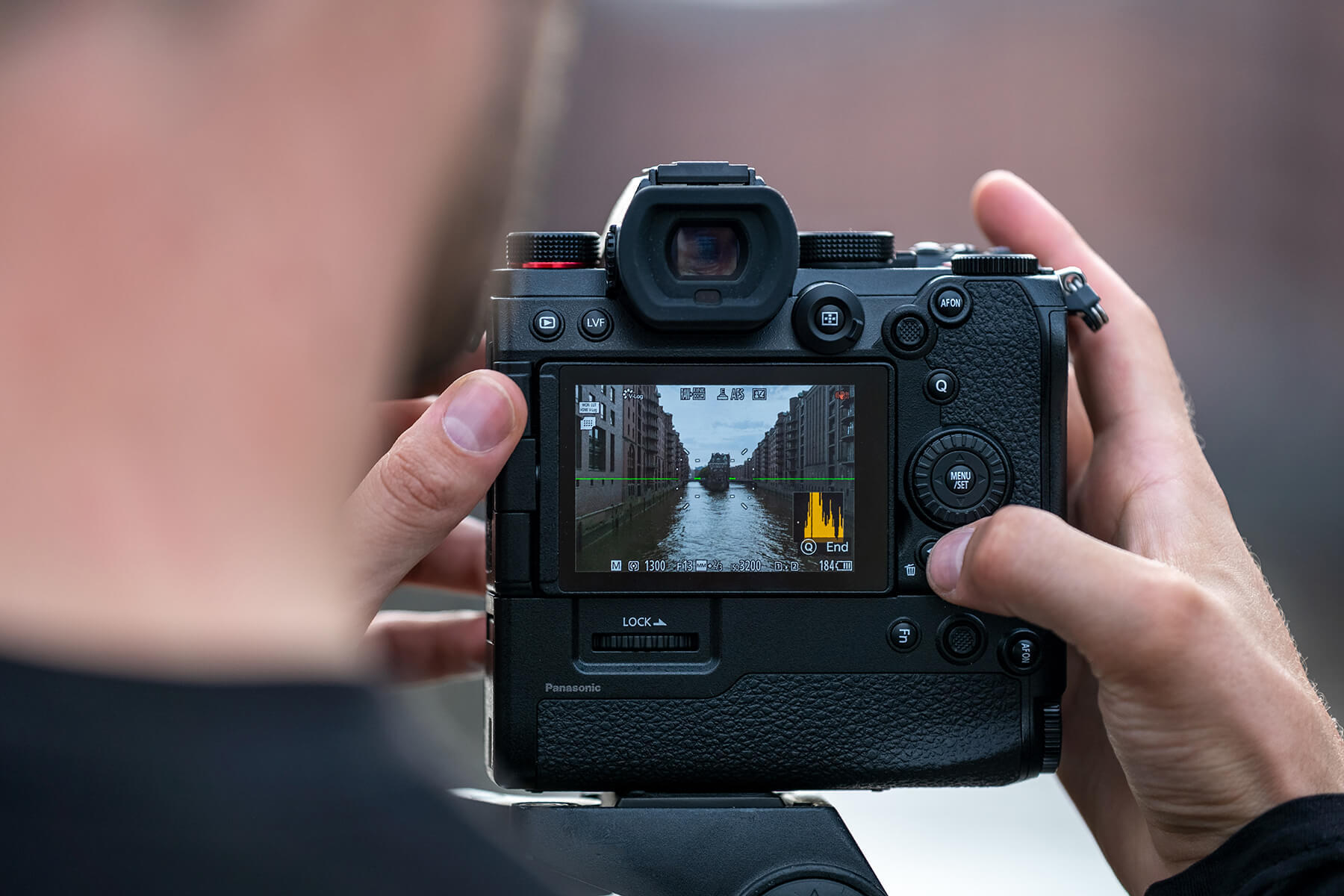 The Lumix S5 (shown here with the optional DMW-BG5S battery grip) has a user-friendly control layout, making it intuitive and comfortable to use

A key feature in the Lumix S5 is its autofocus system. It uses a very advanced focusing algorithm and deep-learning technology for improved autofocus of moving subjects, and that includes the ability to quickly recognise the human body and even the head, face or eye. In practice, this means you get real-time AF not only when the subject is moving, but the system is also capable of detecting when a face is turning round or the head is tilted. The AF system also has the ability to work, even with eye detection, when a subject is small in the frame.

The Lumix S5’s full-frame sensor provides 14 plus stops of dynamic range and has a native sensitivity range that tops out at ISO 51,200. For exceptional video image quality in poor light conditions, the Lumix S5 has Dual Native ISO sensitivity – a technology first introduced in Panasonic’s professional cinema cameras, and now available in consumer cameras, including the Lumix S5. The benefit is much lower levels of image-degrading digital noise in poor light levels when high ISO speeds are normally required. The Lumix S5’s dual Native ISO settings are 640 and 4000.

For the ultimate in stills image quality, the Lumix S5 features a high-resolution mode that will help you squeeze every drop of detail out of stationary scenes, but it can also work even where there is some subject movement. In high-resolution mode, the Lumix S5 makes eight consecutive images within a shutter speed range of 8secs to 1/8000sec, with the camera moving the sensor between each shot, before merging the shots in-camera using the powerful Venus image processing image to give the equivalent of a 96-megapixel image measuring 12,000×8000 pixels. There’s the option of a mode setting to reduce subject blur in the final result, too. Remarkably, the full-frame Lumix S5 (centre) is actually smaller than the Micro Four Thirds format Lumix GH5 (left) and has an impressive array of video features that means it’s almost as capable as the top-end Lumix S1H (right)

High-resolution shooting is made possible by the Lumix S5’s five-axis in-body image stabiliser (IBIS), which provides huge benefits for stills and video shooting. By analysing data from the image sensor, an accelerometer sensor and the IBIS’s gyro sensor, the camera can very precisely and very quickly determine how much shake compensation is needed. The IBIS system on its own gives a benefit of up to 5EV, so five stops of shutter speed slower than normal. And that’s even with L-Mount lenses, which don’t have any form of integral image stabiliser. With the body’s system and the two-axis Optical Image Stabilizer (OIS) in Lumix S series lenses, you get Dual IS2 and the benefit increases to 6.5EV.

For rock-steady handheld stills shooting when light levels drop and longer shutter speeds are needed, or when a telephoto lens is in use, the Body IS (or Dual IS with compatible lenses) system is an invaluable feature. It works in video shooting, too, including in 4K mode,  giving much more stable handheld shooting with minimal judder, even when walking with the camera.

We’ve touched on the Lumix S5’s video capabilities and what the autofocus, impressive dynamic range and Dual Native ISO can help deliver, but let’s take a more in-depth look at what’s available. 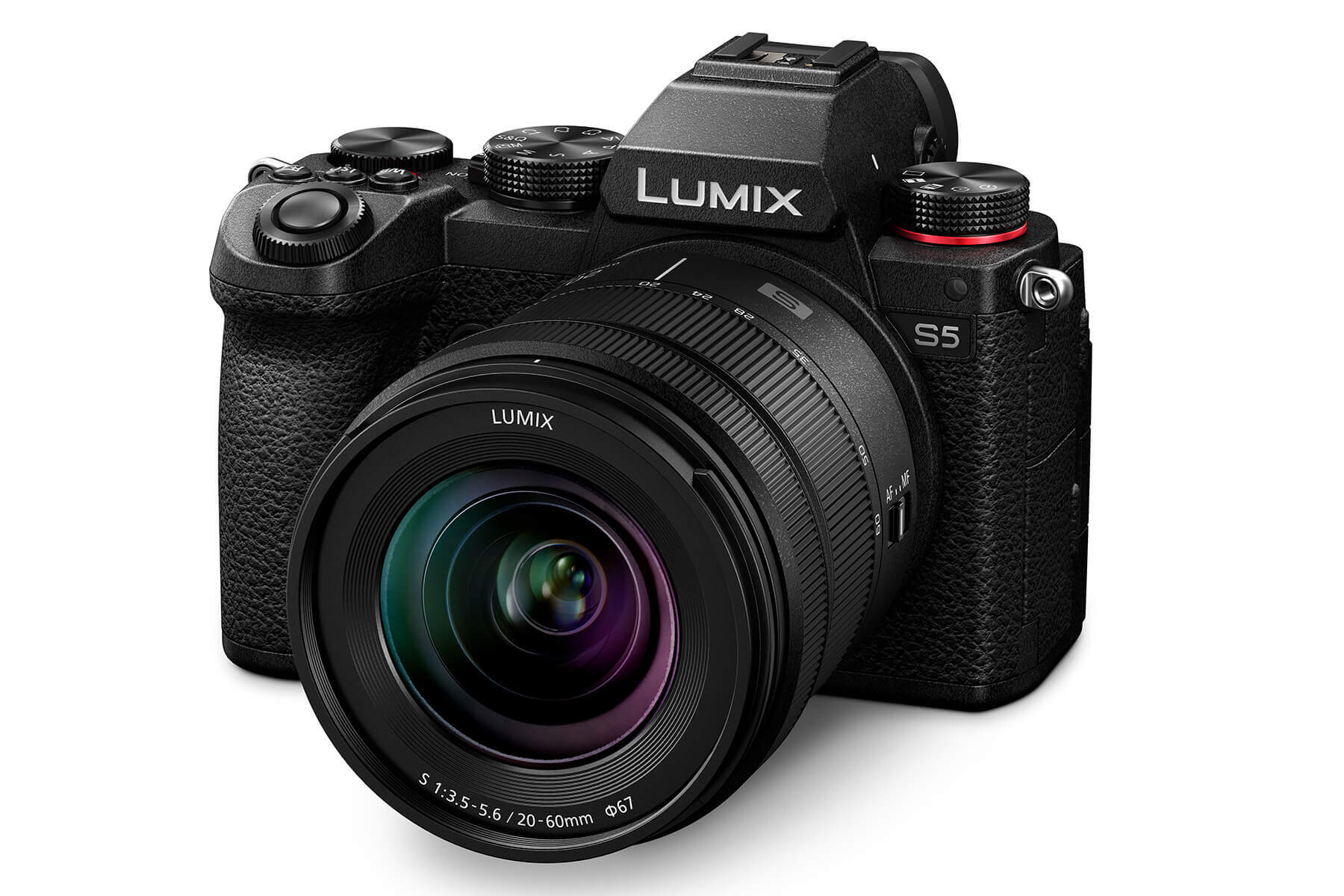 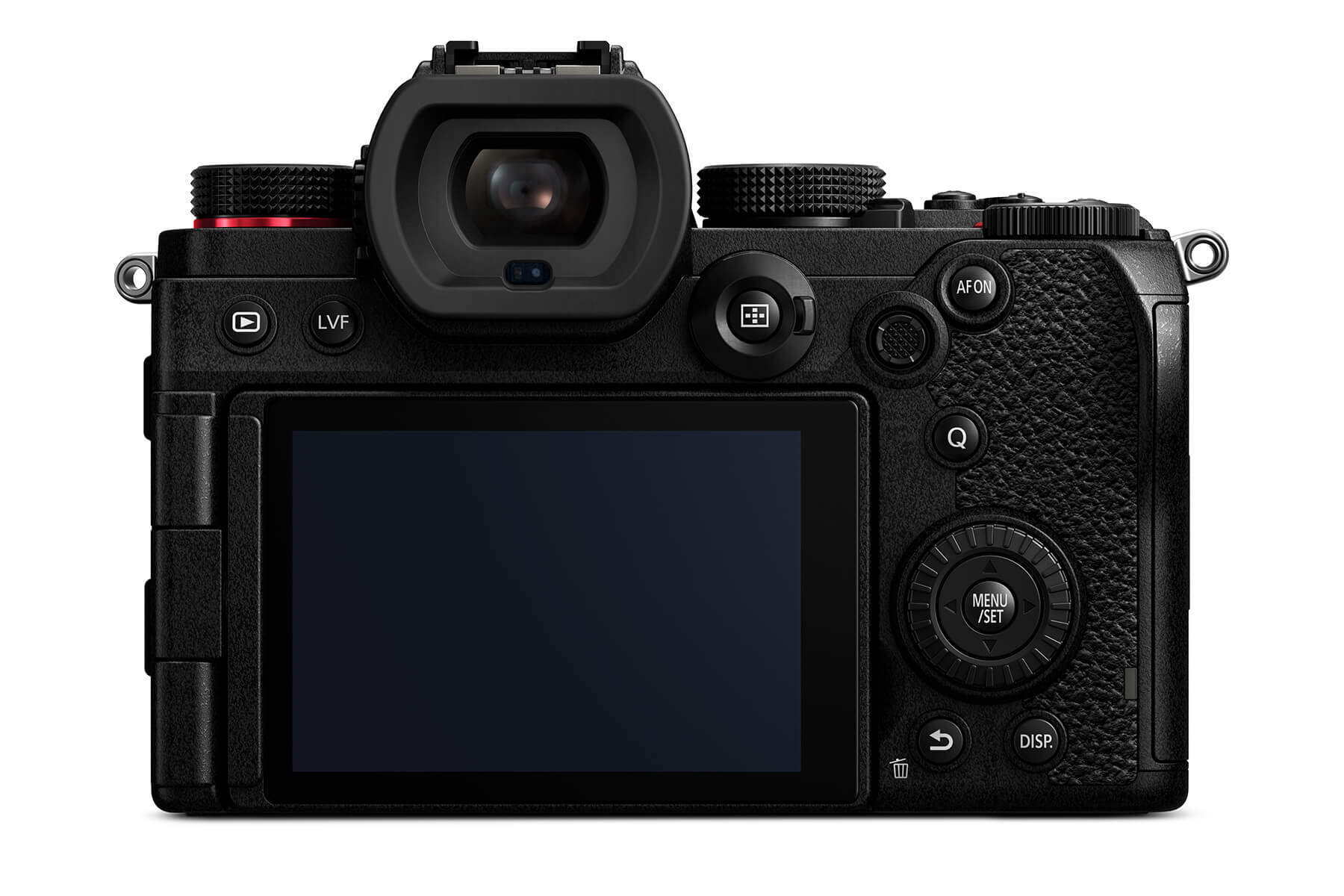 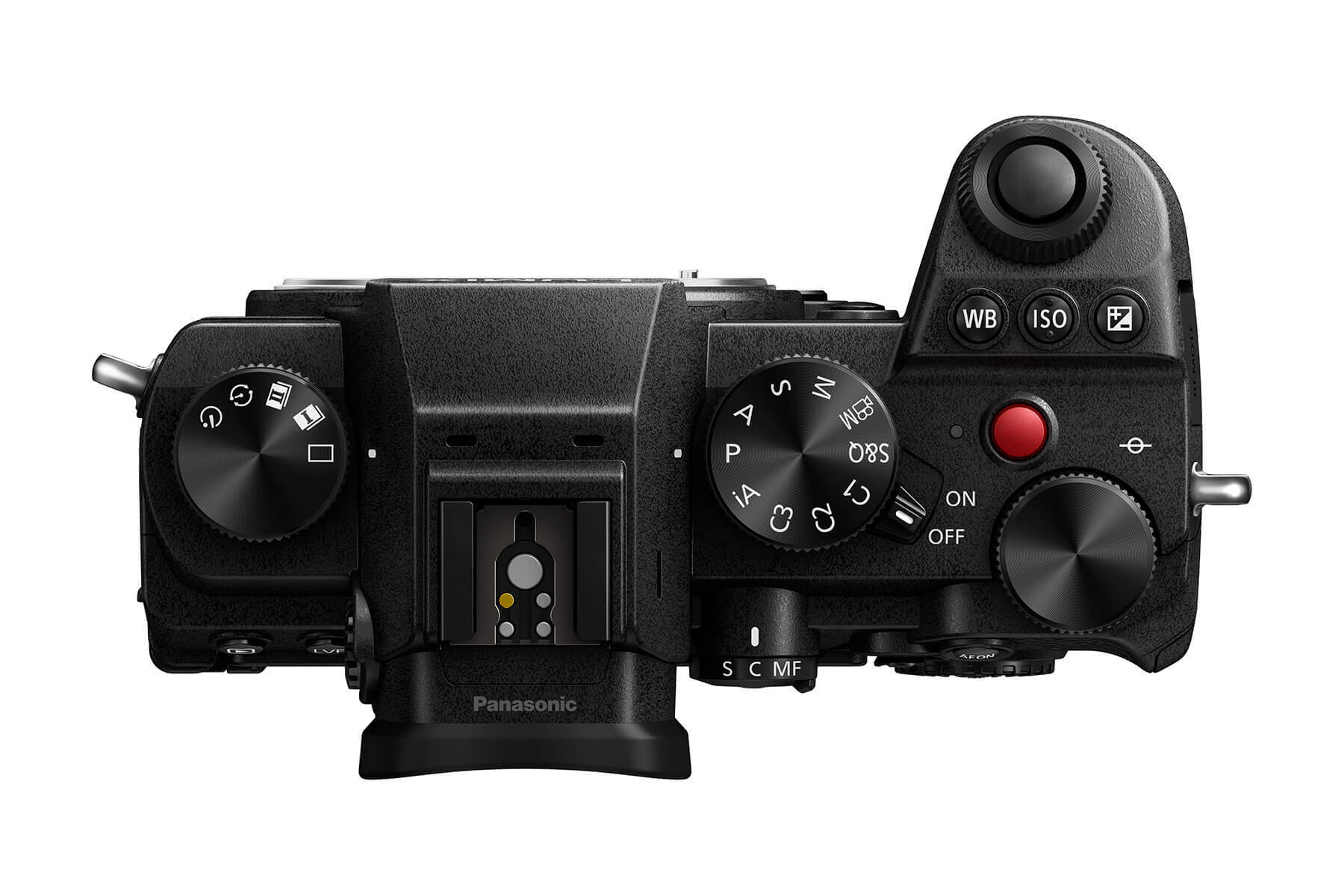 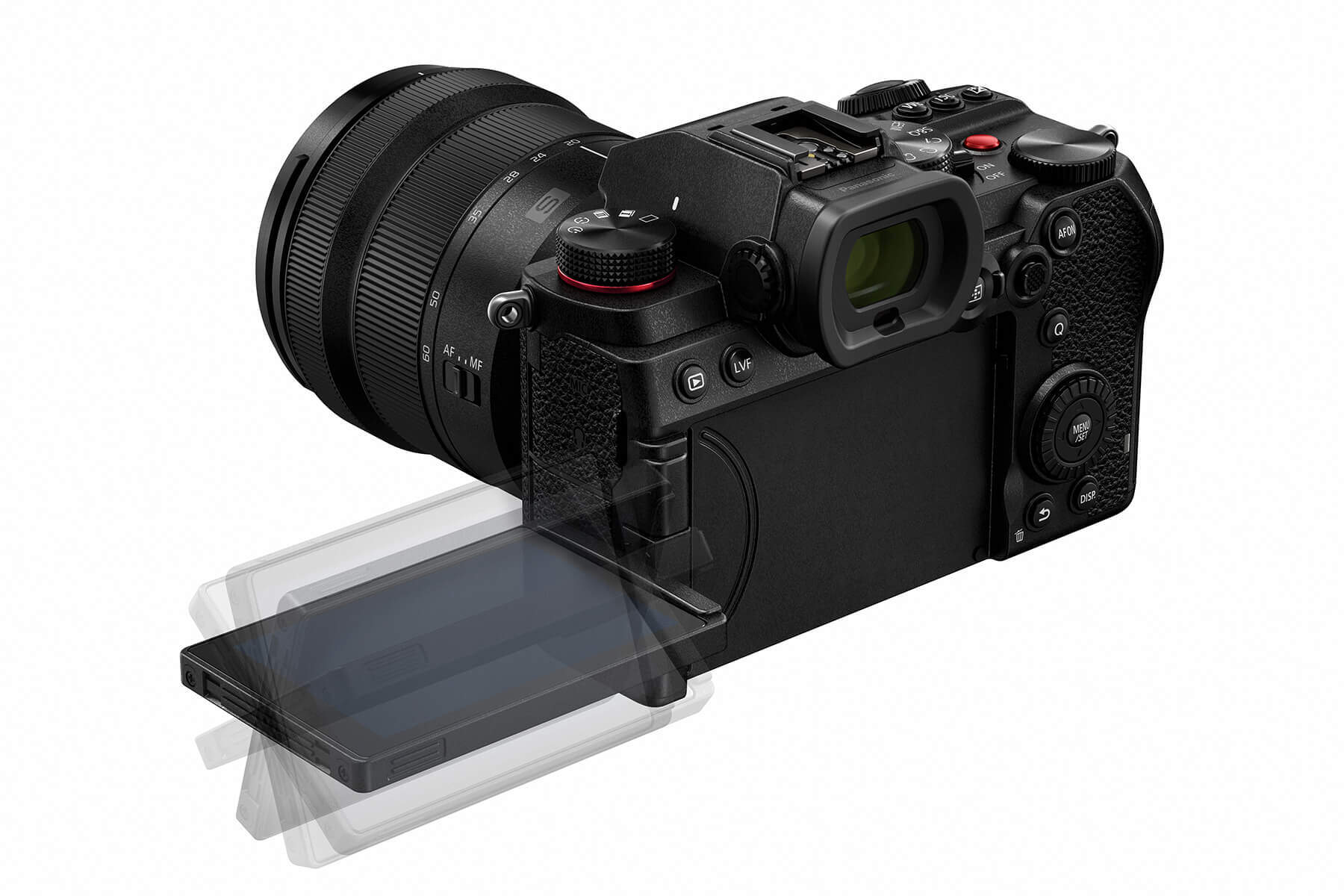 The Lumix S5 might be the smallest member of the Panasonic S series, but that doesn't mean camera handling is compromised. On the contrary, the control layout is logical and well considered, so key controls like the drive dial, exposure compensation and movie record button are large and well placed for instant access, which makes the Lumix S5 great to use

A firmware update is scheduled by the end of 2020 that will enhance the Lumix S5’s video skills even further. This will allow Cinema 4K recording and Raw video data over HDMI at a resolution of 5.9K, 4K and anamorphic 3.5K when shooting with the Atomos Ninja V external memory device.

The Panasonic Lumix S5 has a body price of £1799, or £1999 for the Lumix S5 with the Lumix S 20-60mm f/3.5-5.6 lens. That’s a remarkable price not only for a full-frame mirrorless camera, but one of this sophistication and specification for stills and video photographers.

As featured in issue 82 of Photography News. 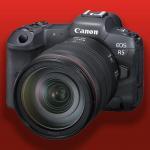 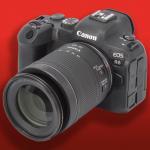 Canon has just refreshed its compact range with the Canon G5X Mark II. Is...

The X1D II 50C is a compact medium format mirrorless close to half the...
Read Here