Manfrotto’s Befree travel tripod range was recently refreshed with two new models; or rather one model with a choice of twist or lever leg locks. The Manfrotto Befree Advanced tripods are pretty much identical apart from that, both having four-section aluminium legs, a reversible centre column and being supplied with a Manfrotto 494 aluminium ball head.

As well as the usual things a tripod needs to do (such as having three legs and not falling over), travel tripods have to pass other tests to be useful on the road; they need to pack up small and be light enough both to pass airline carry-on restrictions, and also be a comfortable carry on a full day’s wandering. In that regard the Befree Advanced tripods certainly make the grade. 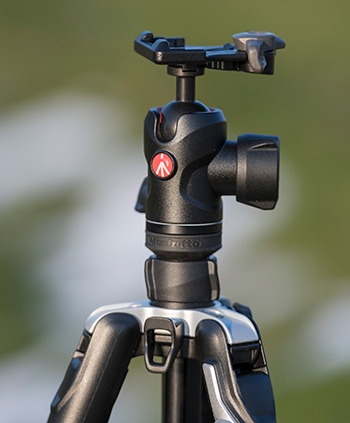 Due to silver flashes on the legs, you could be forgiven for thinking they are carbon fibre, but while they’re actually aluminium the weight is reasonable. Manfrotto lists 1590g for the lever lock version and 1490g for the twist, with the extra weight coming from the lever gear; that’s pretty average for such models and both felt fine to me on a hike. The included 494RC2 mini ball head is about 350g of that and removable, so you could conceivably split it from the legs to lessen the drag or spread weight.

There’s a slight difference when it comes to the Befree Advanceds’ height; the lever version gains 1cm over the twist version, both with and without the centre column raised, hitting 151/150cm and 128/127cm respectively, but that gave no real practical advantage on test. At 40cm for each, closed length is certainly portable, and achieved by the now common design of folding the legs up around the head. It’s a perfectly useful way of shortening the closed length, though it does add a little to striking time and increases closed diameter. Another reason to keep the head off when on the move, perhaps. 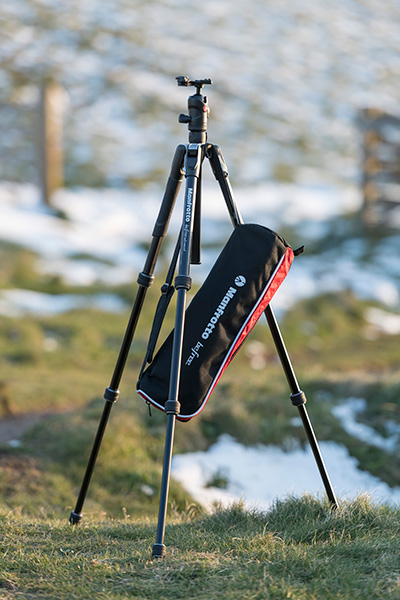 Both tripods have a quoted minimum shooting height of 40cm, though this is based on fitting a camera directly to the centre column with the legs at their narrowest 22°; when the 494RC2 is added it’s closer to 52cm, which is fine for low-level shooting. If you want to go lower, I found you could angle the legs to the next stop (54°), and raise the centre column fractionally to stop it touching the ground, allowing a height of about 30cm (42cm with the head). The final leg angle is 89°, so virtually straight out. Alternatively, you can pull the rubber plug out of the bottom of the column, sliding it out and inverting it, then mount the camera upside down, shooting at close to ground level.

The locks controlling leg angles are the same on both. They work well enough, though the painted metal is a bit slippery; a rubberised finish would have given more purchase. You press with your thumb to release the lock but, like many models, this is impossible when the leg is in its locked position; you need to push the leg in a little for the lock to release. The legs lock securely in position – there’s a very clear click as you pass the locking points.

Of the two leg lock designs, I preferred the levers. Both lock securely with no slip when the legs are pressed, but the twists felt a bit slippery; these new M-Locks are grooved rubber, but still lacked purchase and because of my hand slipping I found myself less sure I’d locked the legs. The downside of levers is they’re more likely than twists to catch on things as you explore your location, but the new QPL Travel locks are nicely rounded to reduce that risk.

Both legs are rated to take 8kg, and the same goes for the 494 head. I mounted a Nikon D850 with 70-200mm f/2.8 lens, a combined weight of about 2.5kg – probably more than I’d reasonably expect to use on a travel tripod – and it was fine. Using the 10secs self-timer I shot from 1/30sec to 1sec and saw no blur worth speaking of. Putting more load through the legs by leaning on them, there is some flex, but practically the tripods operated well.

The legs’ rubber feet are small but well grooved and worked fine on slippery rocks and wet stone. In fact, they’re conveniently small enough to poke into grooves and fissures in stone. For extra stability there’s a hook on the collar and, while it’s small and not central, it worked fine; I put rocks in the included travel bag and hung that off it. There’s also an Easy Link adapter on the collar.

The 494RC2 head performed really well. While the controls are a bit small and plasticky, they handled well, and locked solidly even with heavy cameras and lenses tilted. There’s a pano control, main ball lock and tensioner for the latter. Most interesting though is that it can fit both Manfrotto RC2 and Arca-Swiss style quick release plates (the latter being included). Clever stuff. 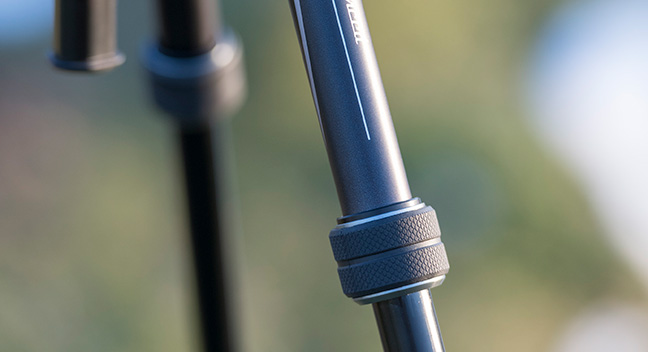 Verdict:
These travel tripods are small, solid and well engineered. The weight is fine, but if you want lighter, you’ll need a carbon fibre model at a greater outlay. Despite not being my usual choice, I preferred the lever lock version, as the twists lacked grip; it’s heavier, but only by a couple of Mars bars.

As featured in issue 54 of Photography News. 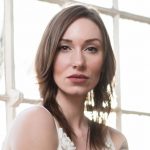 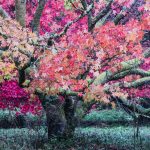 It’s a brave company that tries to do something different in the photography bag...

Prints for pleasure – One Vision Acryl...

For PN editor, Will Cheung’s image of the northern lights, taken in the Lofoten...

Speedlights are compact and convenient and using them off camera is straightforward whether you...

More pictures are captured than ever before and most of those are shot on...
Read Here