Fujifilm’s X-system has gained good traction in the camera market among enthusiasts and pros alike, but perhaps where the system has enjoyed less success is in the entry-level sector. That is very likely going to change with the Fujifilm X-T100, the first in the X-series with an electronic viewfinder at a budget price level. It is priced complete with a powerzoom 15-45mm XC lens for £619.

The price is impressive in its own right but what you get for your money is even more eye-catching. The X-T100 is a feature-packed camera that also gives full compatibility with Fujifilm’s ever-growing lens system.

It is is a 24.2-megapixel camera using a conventional Bayer sensor, not the X-Trans CMOS III version found on the more expensive X-T20 and X-T2. That probably keeps the camera’s price down but it doesn’t compromise image quality, which is of a very high order. Plus, you still have the option of shooting JPEGs and enjoying Fujifilm’s Film Simulation modes (11 modes are available including Classic Chrome but not the recent ETERNA) and of using 14-bit Raw for the ultimate editing flexibility.

The X-T camera series is characterised by the DSLR look with the raised viewfinder ‘pentaprism’ housing and that’s what you get with the X-T100, but the camera is still very compact. The body isn’t dust or weather-sealed but it is well built. It has a robust, reassuring feel in a way that often entry-level cameras don’t.

The rear monitor folds out to face forward, enabling easy selfie shooting, and also tilts up or down so low-down or waist-level and overhead shooting is dead easy. However, should you go for the combination of the monitor folded out to the camera’s side and then tilt the screen for waist-level shooting, the image is upside down. 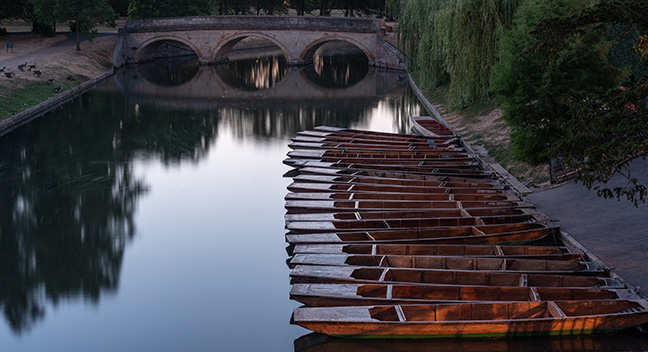 The monitor has touchscreen functionality and you can set focus mode and Film Simulation settings on screen as well as focus and take shots by touch. You can enjoy playback, too, with slide and pinch and spread gestures. There are options as well in terms of what section of the monitor you want active. Or it can be switched off entirely.

The image provided by the EVF is bright, contrasty and there is ample camera information on show too.

On the camera top-plate are three relatively large control dials. Only one is marked and this is the exposure mode dial with its PASM options as well as panorama, advanced filter and subject oriented modes. There is also the Advanced SR Auto setting.

The unmarked dial close to the exposure mode dial is called the Main Command Dial in the instruction manual but it is primarily used for exposure compensation. It does also change shutter speed in manual exposure mode, adjust settings when using the quick (Q) menu and lets you go from image to image during playback, but this command dial can’t be reassigned to other functions. 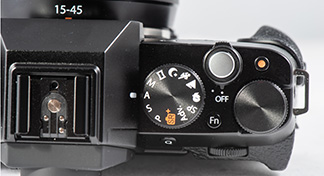 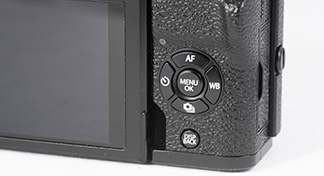 One big benefit is that if it is unintentionally adjusted while the camera is turned off it has no effect on the exposure compensation value set. On other Fujifilm cameras with marked exposure compensation values, if +3EV is set as the camera is pulled out from the bag, that is the value you shoot at – unless you spot it first, of course. The downside with the X-T100’s dial is that you can’t see what is set by looking down at the camera so you need to the check the monitor or EVF.

The second anonymous dial on the far left of the body is the Function Dial, as labelled in the manual. In PASM modes its default function is to alter Film Simulation modes, but you can reassign it to 31 functions including none. The same 31 options are also available on the Function button, which sits next to the exposure mode dial.

Rounding off the custom function options are the 28 choices available for the four swipe directions (up, down, left and right) of the touch monitor, so given the X-T100’s entry-level price tag, the potential to tailor the camera to your preferred way of working is very good. 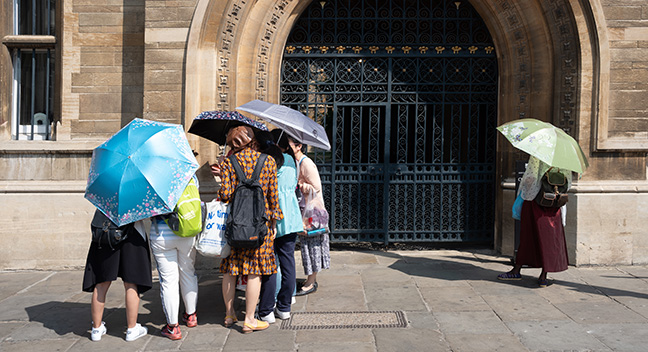 There is a third unmarked dial and this sits on the rear of the camera and is called the Sub Command Dial. Its orientation is unusual in that it is almost upright not horizontal as we are used to. It can be rotated or pressed to achieve a variety of shooting and playback functions. So, for example, it can be used to adjust aperture in aperture-priority mode or zoom in or out during playback.

Its upright (it is actually very slightly angled) positioning is explained when you try selfie shooting with the monitor positioned to face forward. Rotating the dial adjusts the power zoom while pressing it in takes the picture. It does make one-handed selfie-shooting easier and you’re less likely to drop the camera.

For normal shooting, however, its positioning takes a little getting used to but it did prove useful especially pressing it for a magnified image for focus checking, in manual focus or in single point AF use.

Our brief tour of the X-T100’s control layout ends at the four-way cluster on the rear panel which covers four key camera functions: autofocus, white-balance, self-timer and drive.

The AF and drive options deserve some more explanation. Push the AF segment and rotating the sub command dial alters focus point size, zone options or takes you to the wide  option where all 91 AF points come into play. If you just want to adjust a focus point or zone position use the AF control and then use four-way cluster or touchscreen. 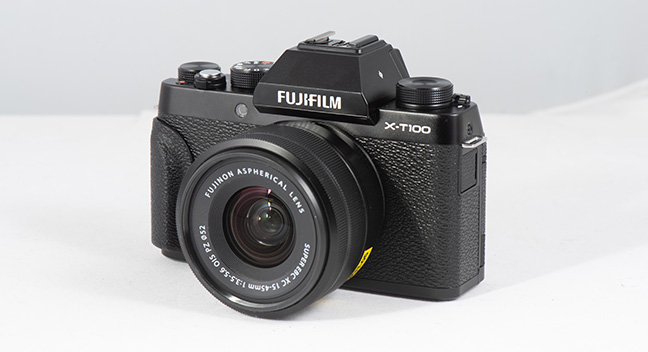 The drive segment takes you into the usual options of single or continuous drive, with a maximum of six fps. You’ll also find here the HDR feature where the camera takes a series of shots, up to 3EV, with its electronic shutter and merges them together in camera and you can choose to save or delete the result. This is HDR in the conventional sense and designed to help you cope with extreme contrast, and not produce cartoon-like results.

It is also worth noting that the camera AEB (autoexposure bracketing) option lets you take from two to nine shots at up to +/-3EV, which is impressive given the camera’s price and handy for proper HDR work.

Also in the drive menu are two interesting features that are thanks to the camera’s 4K video skills, 4K Burst and Multi Focus mode.

The first, 4K Burst, takes a sequence of shots – about 15 in a second and silently – and you can then choose the best shot in camera and save it as a separate JPEG.

The Multi Focus mode is similar but this time giving focus stacking effects. The camera shoots 4K video as the focusing distance is automatically adjusted from minimum to infinity. I tried the mode with a variety of lenses including the 15-45mm powerzoom, 23mm, 35mm and 55-200mm. With the last-named the scanning through the focal length range took about 15secs.

For good results you do need the camera on a tripod otherwise you get some strange effects and, of course, you need a static scene too.

In some cases, I got the monitor message ‘Cannot execute’ but most of the time I got the next menu which lets you select focus range, focus point or leave it to the camera. 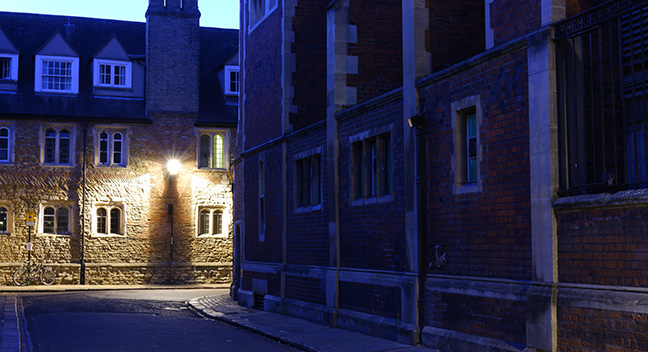 When the planets align the mode works well enough but you can get some odd effects around highlights, for example. Used within limits, though, good results are possible

To test the camera’s focusing and exposure performance I shot a selection of images in a variety of lighting situations. Generally, the camera delivered spot-on results time after time and that applied to auto white-balance too.

I tried single point, zone and wide AF. Focusing was fast and sensitive with a variety of lenses and only very low light and low contrast tripped it up.  The Wide AF mode works fine for shots of organised groups of people and general distant scenes but it doesn’t always pick up the right subject to focus on and so the option of quickly sliding into zone or single point AF is welcome. Using the touchscreen to focus and shoot is the other quick way of dealing with the situation, although you can’t do this with the eye up to the viewfinder.

Focus tracking in continuous AF mode was okay with subjects with bold lines but it was less able with less defined subjects.

For exposures I used multi-pattern metering and that coped very ably with most situations without the need for exposure compensation.
I shot hundreds of shots and only a few were duff, and this was usually when shooting into a strong light. 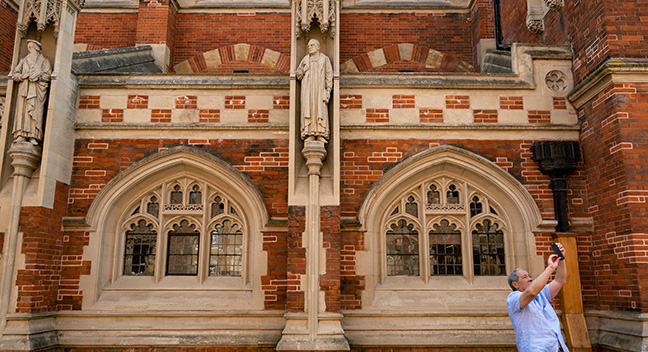 There is no aperture ring fitted so adjusting f/stops is done via the camera. There are two zoom rings. The broader one gives a smooth zooming action with two speeds, the slower speed being quite quiet so better for video use. You get a whine at the faster speed. The thinner zoom barrel gives a more controlled stepped zoom effect but this emits sound so it’s better for shooting stills.

The lens has an integral 3EV benefit image stabilisation system. Turn the camera on and the lens extends to its working position and is ready to shoot in about one second.

It is a good starter lens and as the X-T100 is currently being marketed with it, the combination is great value and, of course, once you are into the system there is an extensive range of fully compatible primes and zooms on offer. 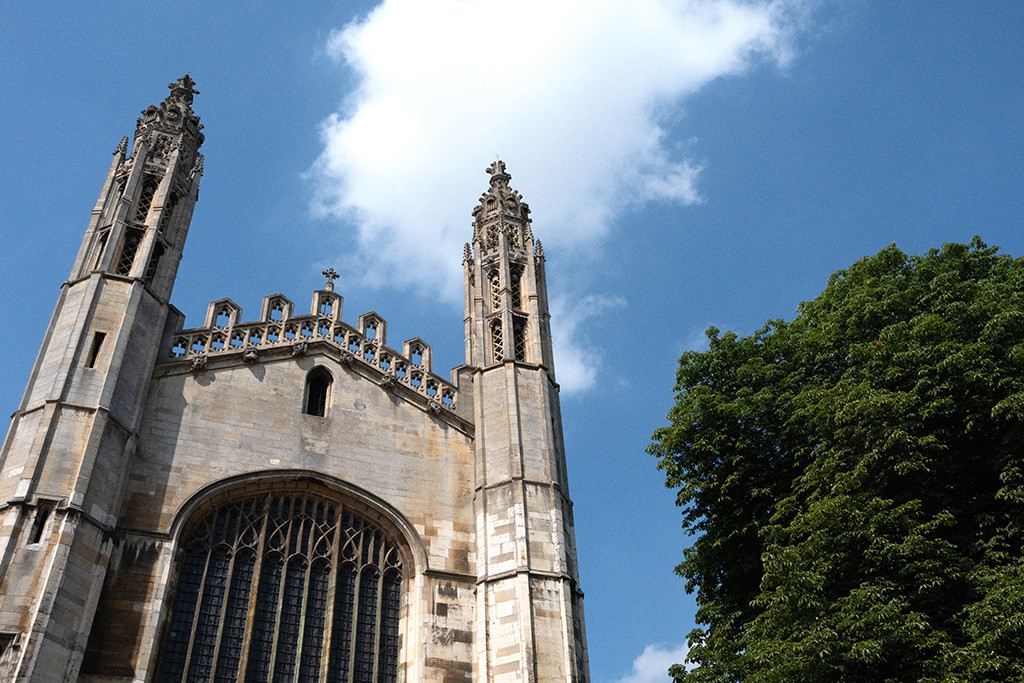 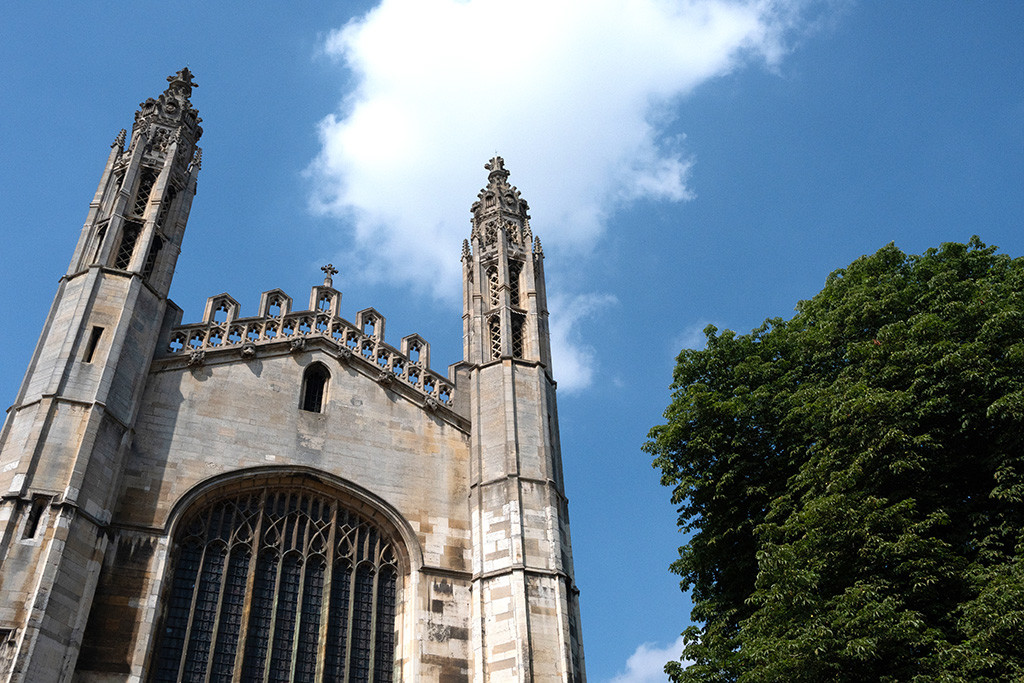 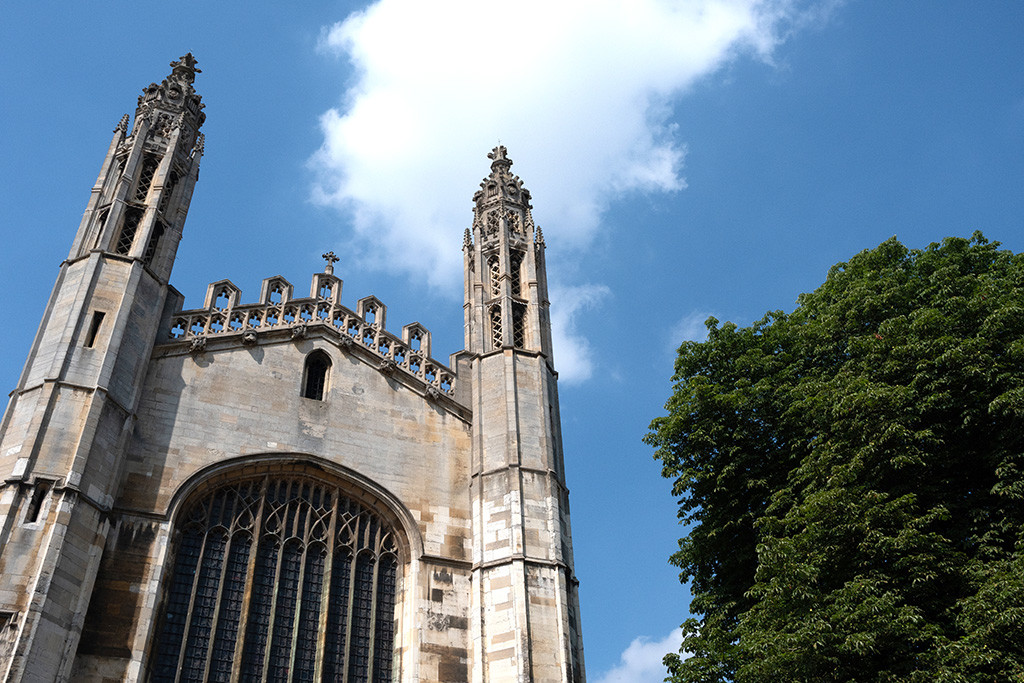 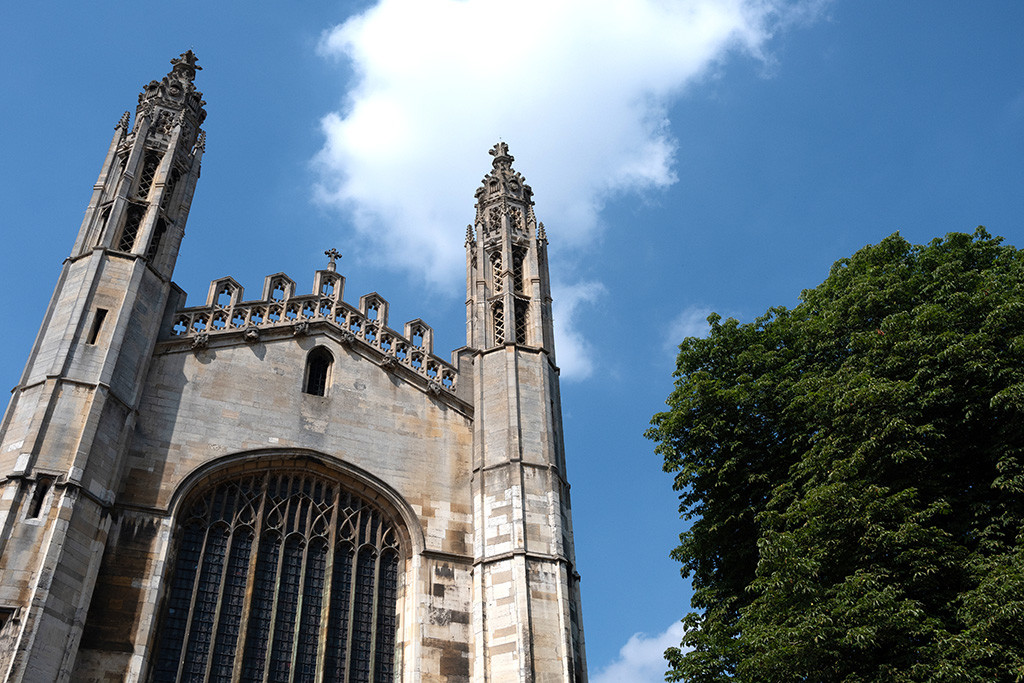 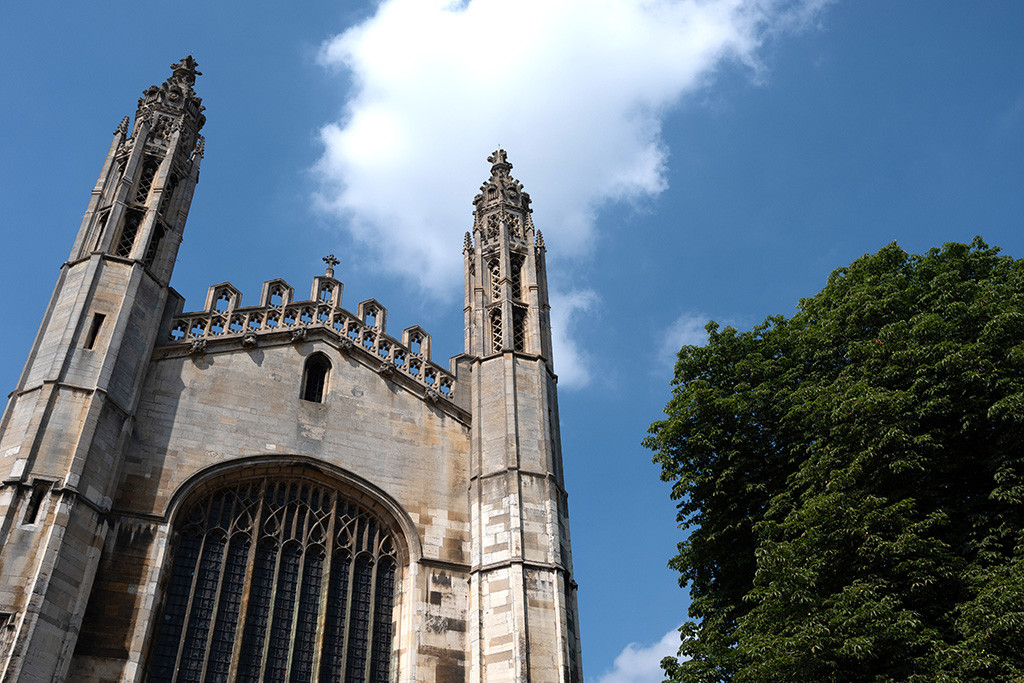 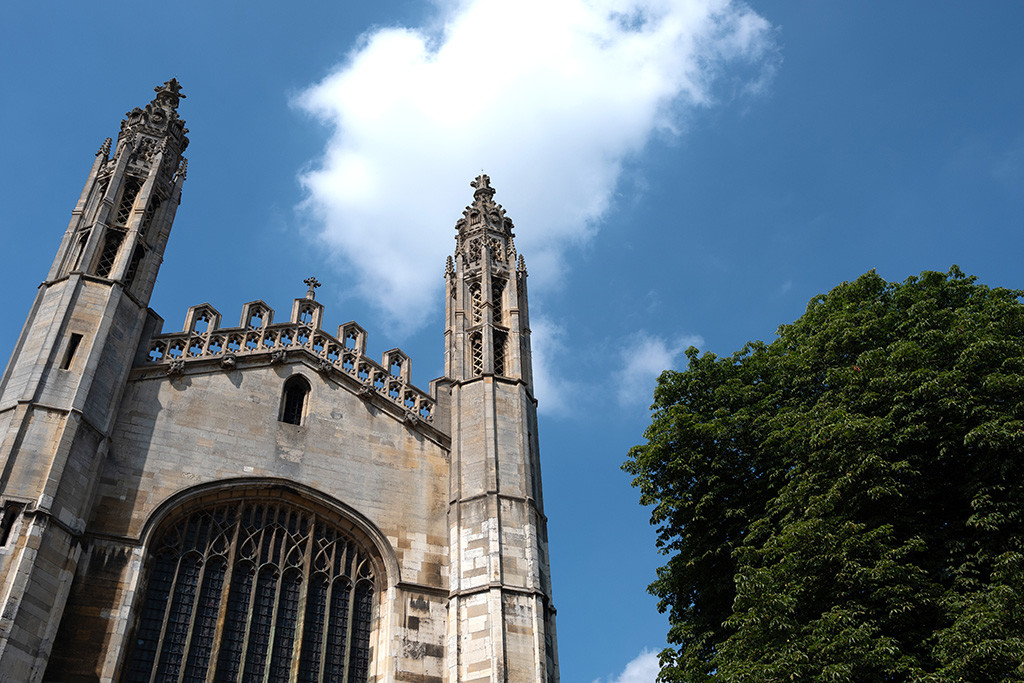 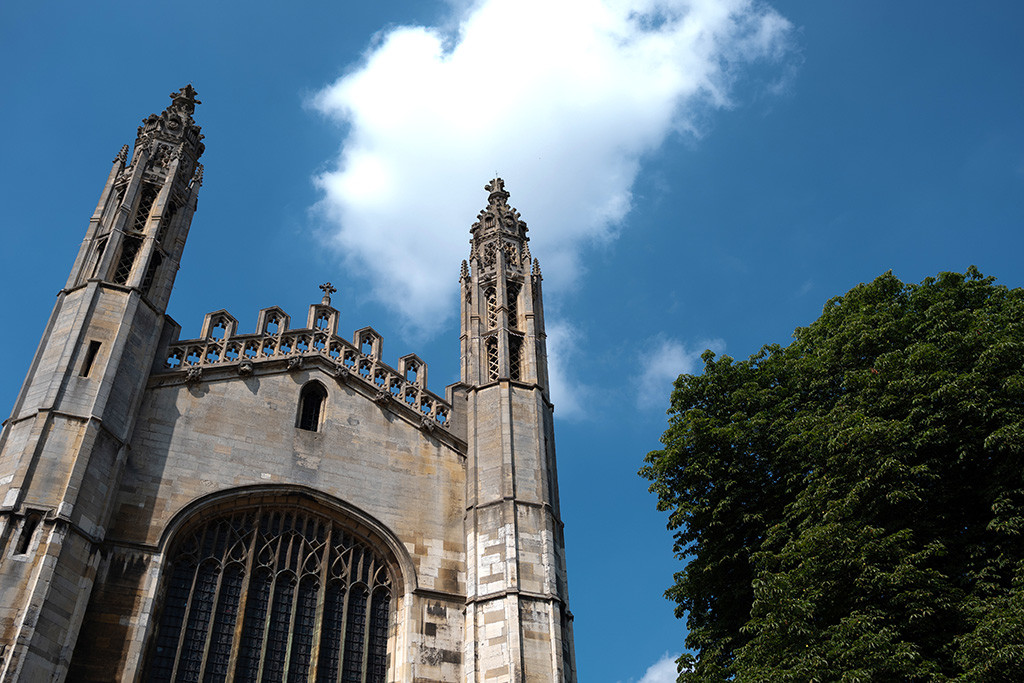 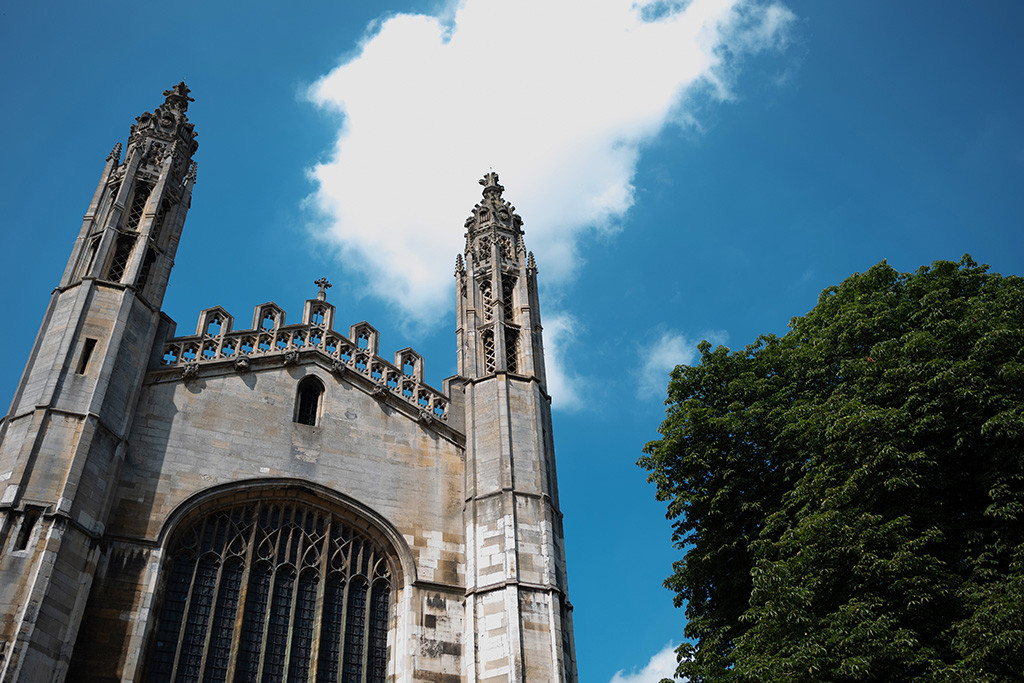 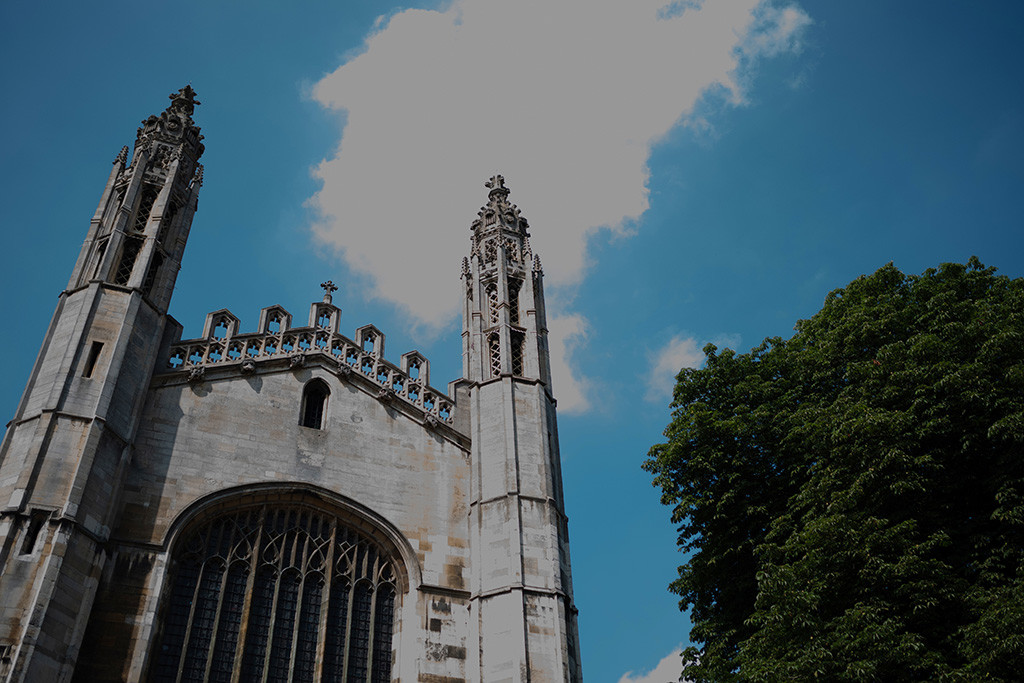 Verdict
The X-T100 offers aspiring Fujifilm X-series owners a relatively low cost option and for your money you do get a very well featured product that is capable of impressive image quality and a high standard of performance. You get some interesting features too like Multi Focus mode and 4K Burst Shooting plus easy selfie shooting. Add Fujifilm’s Film Simulation modes and the camera’s creative filters and I can see a lot of people really enjoying their imaging with the X-T100, and you can’t quibble with that. 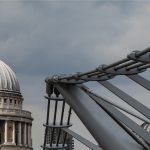 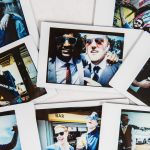 With the X Series’ vintage good looks, but without its iconic sensor, is Fujifilm’s...

Claiming to mix high-end stills and video functions in a lightweight and slimline package...

With ambitions in the full-frame mirrorless market as well as its DSLR offerings, we...
Read Here