Editor Will Cheung got hands-on with the flagship GFX100 at the launch in Japan, hear his first thoughts

The 102-megapixel GFX100 has launched in typically slick Fujifilm fashion in Tokyo, 23 May. Naturally enough, the presentation focused on the camera’s sky high megapixel count and world firsts that includes five axis in body image stabilisation and 4k video capability, in a mirrorless camera with a sensor of this size or greater. There was also much made of the ability of photography to preserve what has been for the future.

Photography News editor Will Cheung was at the worldwide launch and got to spend 15 minutes with the GFX100. He took a few shots with the camera too and this is his report from Tokyo. Note: these comments and the sample image shown here were based on a preproduction sample.

“I thought the GFX100 handled really well. I tried it with the 32-64mm f/4 zoom and 45mm f/2.8 lenses. I have used the two other GFX models extensively and the GFX100 is very different from those two. The camera’s deep-body is reminiscent of a top-end full frame camera like the Canon EOS 1D X and as a long-time DSLR use the GFX100 felt natural.

“That said, I found holding the GFX100 for horizontal shooting more comfortable than for upright shooting. The grip for upright shooting was thinner so gripping it seemed less secure. The replication of key controls for both orientations was a good thing though so the grip aside, handling was good. The body has a solid feel about it and there is no give in the body while there 95 environment seals to keep out dust and moisture. 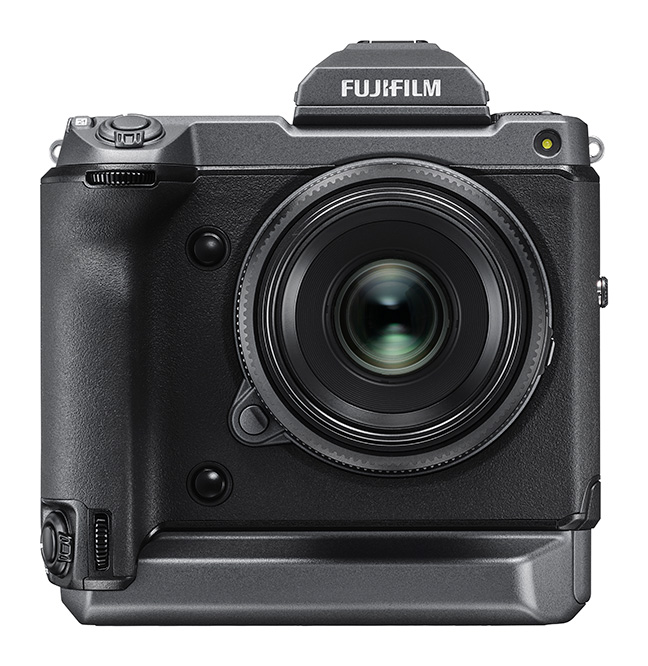 “The simpler control layout had benefits and I liked the three way mode control – stills/movie/multi – and that made using the camera simple and with the still and movie modes you get a different display on the top plate LCD multi-function monitor. This panel can also show a large image histogram and there is the interesting option of two virtual dials controlled by front and rear input dials.

“An exposure compensation button and a mode button adjacent to the shutter release were ideally placed for altering with the camera up to the eye.

“There’s an extra sub menu on the back of the camera towards the base and the display here can also be varied to suit individual preferences.

“You have the option of capturing 14-bit or 16-bit Raws, the latter when you really want the most from the camera’s sensor especially in demanding light. The file sizes of the Raws I shot were around 200MB and JPEGs were 52MB – you’ll need big cards for the GFX100. With continuous shooting you can only shoot 14-bit Raws and the top speed is 5fps, which is impressive considering the file sizes the camera is dealing with. In 16-bit Raw, you get single frame shooting but by careful control of the shutter button you can get around 3fps for about 10 frames.

“The camera’s EVF has a 5.76 million dots and I have to say the clarity of the image (in an artificially lit area) was impressive so I’m looking forward to seeing what it will be like in daylight. 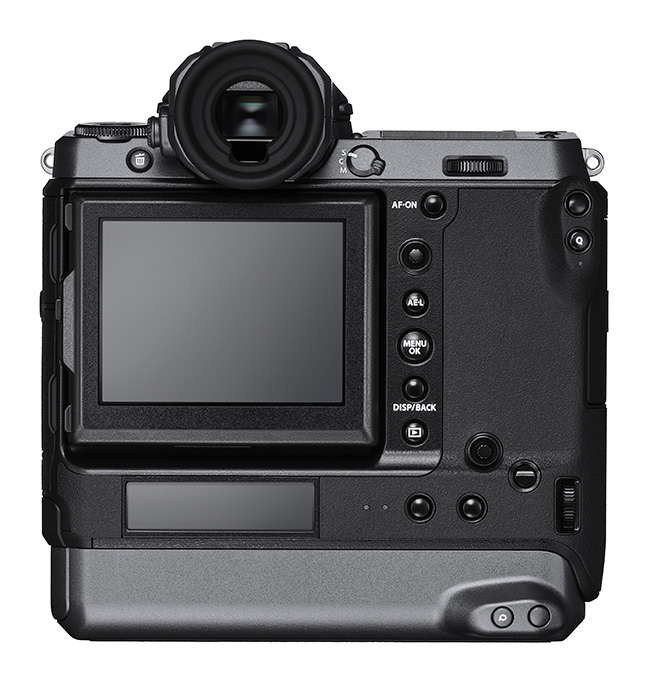 “Fujifilm also made much of the camera’s hybrid phase/contrast detect autofocusing which is said to be twice as fast as current GFX models and sensitive down to -2EV. On my sample, AF was indeed very good with none of the usual back and forth AF you get with a contrast-detect only AF system.

“AF zones was controlled by the focus joystick on the back and with near full format coverage of AF zones, shooting off centre shots is no issue as all – you can use 117 or 425 AF points with the usual wide and zonal options. The face and eye detection seemed to work well too.

‘One of the GFX100’s world’s firsts was its five axis in body image stabilisation (IBIS) system with 5.5EV benefit. Only three of the eight current GFX system lenses have OIS so IBIS is very welcome and I’ll be giving this a more thorough test very soon.

“Finally, the Raws I shot I processed in Adobe Lightroom were impressive and even with minimal editing work the detail at 100% and 200% was awesome – you can see a sample here. ” 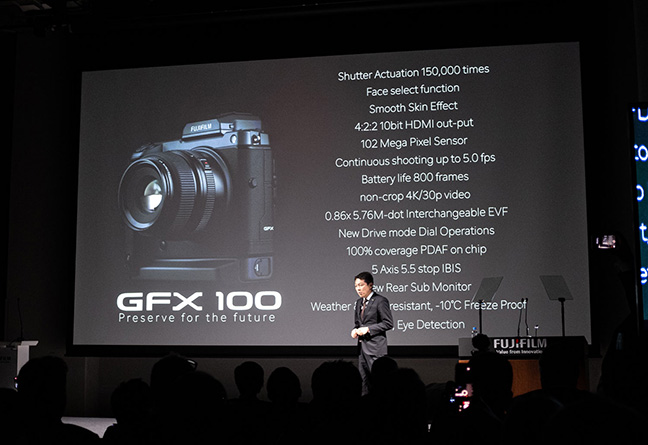 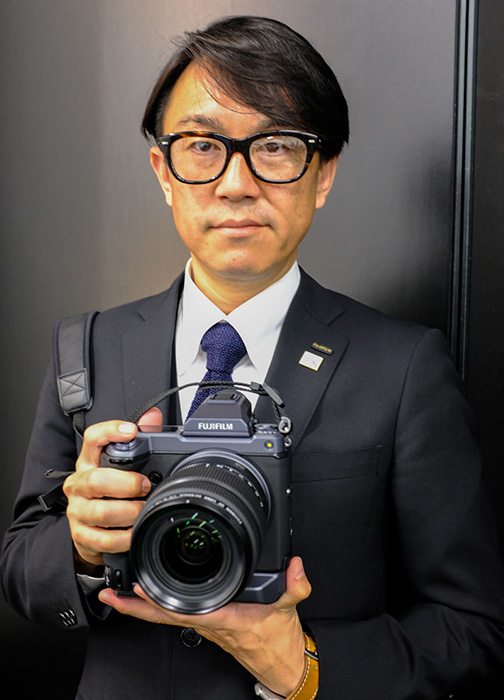 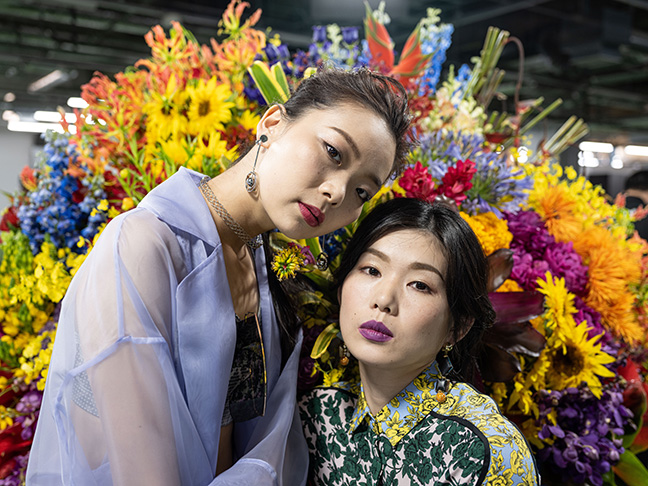 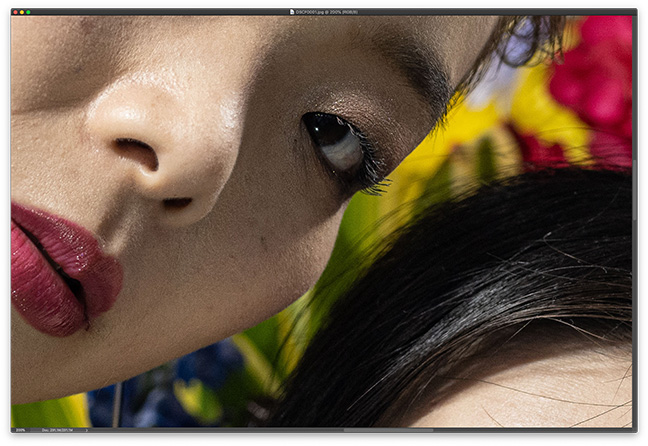 Image An image to show the incredible potential and ability to make the most of detail of the GFX100. Taken on 45mm f/2.8 lens and a handheld camera with an exposure of 1/80sec at f/4 and ISO 400. The Raw file was processed in Adobe Lightroom. Picture taken on preproduction camera sample

We’ll have a more detailed hands-on look with many more test images in Photography News issue 67 out from 18 June. 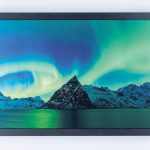 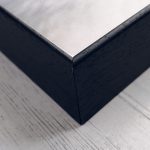 With chart-topping resolution and outstanding AF, is this the camera that further cements Sony’s...

Claiming to mix high-end stills and video functions in a lightweight and slimline package...
Read Here