Photo albums are making a comeback!

Heritage Photo Albums origins go back to just after the World War II, a time when new cheap cameras and films from the likes of Kodak started to fill the market and Heritage was a film developer for the public but also for many London based chemists.

To meet customer demand Heritage imported a range of photo albums for their customers. In later years Heritage began to hand make traditional style photo albums here in the UK and still does today.

The company introduced printed photo books about 20 years ago and saw a good demand for these in early days, such was the craze during the early 2000’s for creating layouts on a PC and uploading the designs to have them printed. In more recent years, the demand for photo books start to decline and so these were removed from the range.

Recently, there has been a very noticeable shift back to traditional photo albums and this is reflected in an average rise over the past three years of turnover of around 45%.

So many vintage and traditional things are making a comeback, for nostalgia, looks, tactility and more. Take the Mini car, vinyl records, Kodak Instamatics, the cinema, and arts and crafts for example.

We take so many photos today on our smart phones and devices, but printing a photo and keeping in a photo album says that moment was special and wants and needs to be treasured.

As a photographer you will know that pictures printed in photo books do not look as lovely and glossy as those you develop yourselves, so perhaps the next time you or someone you know wants a special photo album you might consider a handmade traditional photo album from Heritage Photo Albums.

Please mention Photography News when you order by phone for an exclusive 15% discount! 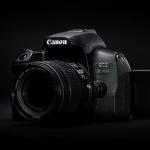 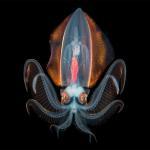 With Samyang’s new online addition, users can trial lenses without even leaving their home

The votes have been counted, now find out what you consider to be the...