Find out who won this year’s Photo 24 photography competitions and £1500 worth of Fujifilm equipment.

Our annual 24-hour photography event saw hundreds of you exploring London, cameras at the ready to photograph everything the city has to offer. Knowing that you would capture some amazing images, we gave Photo 24 attendees various chances to win £1500 worth of Fujifilm equipment. During the event the Photo 24-ers were given a ‘treasure hunt’ list of scenes to find and capture, and a winner was chosen at random from those who completed the list.

In addition, after the event attendees were invited to submit their images into three competition categories, Best Abstract, Best Icon of London and Best Street. Each attendee was allowed to enter three images into each category. We received over 800 images and the judges – editor Will Cheung, contributing editor Kingsley Singleton and digital editor Jemma Dodd – spent hours looking through your shots. It was a tough decision and there were so many great images across all three categories, but only three can be crowned winners.
Congratulations to Chris Andrews who won the Best Abstract category, Gareth Danks, winner of the Best Icon of London, and finally Neetha Atukorale, winner in the Best Street photo category. See their winning images below:

Best Abstract winner – Chris Andrews
Travelling in time
1/10sec at f/9, ISO 800
“Early on Sunday, my photographic companion and I headed to King’s Cross specifically to photograph the light tunnel. I’ve been before but didn’t  realise it wasn’t lit with colours 24/7; I’d never seen it totally white. It wasn’t what I’d gone to photograph but felt more futuristic than usual and immediately I had in my mind something a bit creative. I love George Lucas’s early sci-fi film THX 1138, the eeriness of it and the feeling of isolation, so I used that as a kind of reference point. The shot was handheld using my favourite wide-angle lens.” 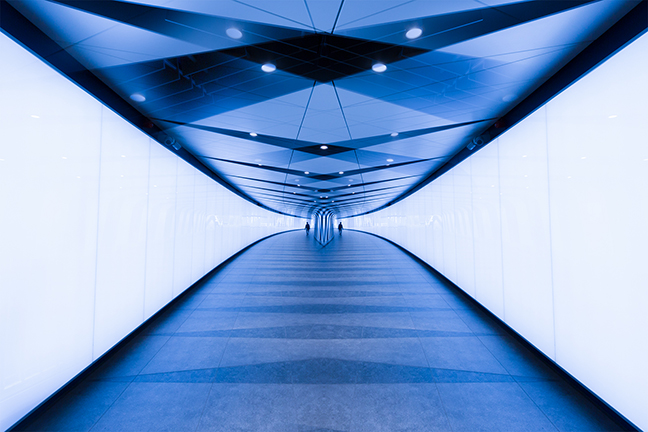 Best Icon of London winner – Gareth Danks
Dolphin, mermaid and bridge
240secs at f/10, ISO 200
“When I arrived at Tower Bridge two things posed a challenge. Firstly, somewhere along the way my polariser had fallen off,  and secondly, the sheer volume of people was far more than I had imagined. There was only one thing for it: the Lee Filters Super Stopper. After two or three attempts I managed to capture an image where everyone in the shot was moving continuously throughout the 240 second exposure, rendering them invisible to the sensor through the filter. Result!” 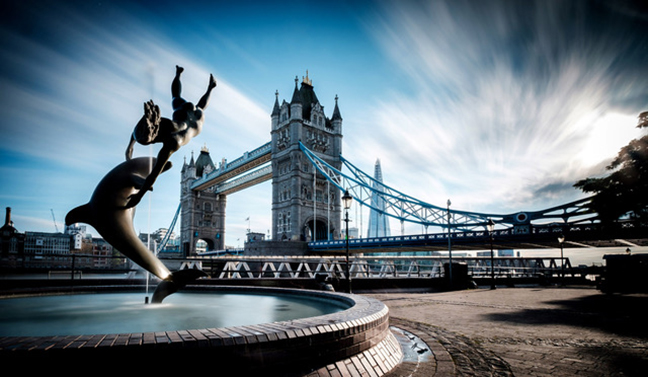 Best Street winner – Neetha Atukorale
The fishmonger
1/200sec at f/4.5, ISO 3200
“This image is of a market trader for Sussex Fish in Borough Market. He caught my eye as he was full of character and perfectly embodied the stoic determination of traders at Borough Market following the incident earlier in the year. We built up an instant rapport and he was so willing to engage and allow me to capture his personality.” 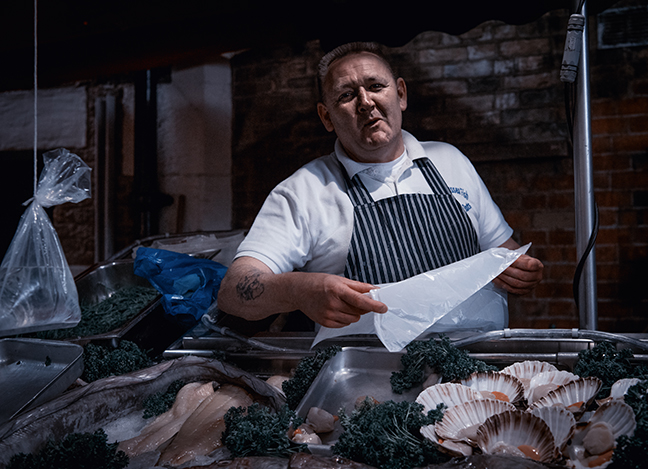 When we told them about their success, the three winners had this to say: Chris: “Fabulous! Looking at (and being further inspired by) the superb quality of all the images submitted for the competitions, I feel extremely priviledged to have had my image selected.” Gareth: “I can’t believe it, I’m delighted! It means the world to me. I’ve never entered a competition before, I’m so pleased.” Neetha: “I am delighted and surprised that my image has been selected in view of the high standard of the entries. The meet-up and base locations were impressive. Well done to the organisers for making the event a success.”

Thank you to everyone who entered the competition and attended Photo 24; we look forward to seeing you next year! To keep up to date with Photo 24 and our other events sign up to our members’ area and tick to receive our newsletters. You can also follow us on Twitter at @PhotonewsPN.

You can see the full shortlist of images at: Photo 24 – The 2017 competition shortlist or read issue 48 of Photography News to see comments from editor Will and the stories behind the shortlisted images. 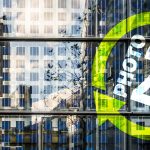 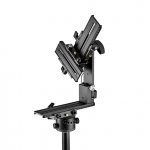 Fujifilm’s GFX100S is a 102-megapixel medium-format camera that is portable, versatile and impressively featured

The Fujifilm X-H1 is a 24.3-megapixel, top of the range mirrorless camera with in-body...

Travel Photographer of the Year exhibiti...