No camera is complete without video, and the OM-D E-M1 Mark III has Cinema 4K and supports OM-Log400 shooting for no detail loss in the shadows or highlights and more colour grading control.

An improved Supersonic Wave Filter to keep the sensor clean, 35 frames Pro Capture in full Raw, built-in neutral density filter with a range from EV2 to EV32 and USB recharging with full use of the camera possible during charging are other big highlights of the new camera.

Olympus has also added to its lens system. The M.Zuiko Digital ED 12-45mm f/4 Pro, Olympus claims, is the world’s smallest and most lightweight standard zoom with a fixed aperture value. It weighs 254g, so it’s perfect as a carry-everywhere lens, especially since it’s environmentally sealed in nine places.

It might be a light lens, but its construction of 12 elements in nine groups features exotic glass, including a super-high refractive element and a dual super aspherical lens to give high sharpness across the whole image frame at every focal length. Olympus’s ZERO (Zuiko Extra-low Reflection Optical) coating keeps flare and ghosting to a minimum.

Added picture creativity is possible thanks to the lens’s minimum focusing distance, 12cm at the wide end and 23cm at the telephoto end allows a magnification of 0.25x (0.5x in 35mm format equivalent) for impressive close-up shots and can be used in conjunction with the focus stacking and focus bracketing features of several Olympus cameras. 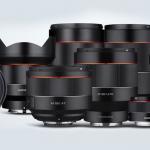 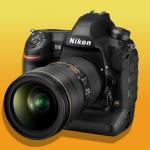