Nikon has swelled its range of Z Series bodies and lenses with the new Z 5 camera and two Z-specific teleconverters.

The Nikon Z 5 is a full-frame mirrorless camera, positioned below the Z 6 and Z 7 in the lineup. It’s effectively the entry level camera in the full-frame portion of the Z Series, and aimed at those upgrading to full-frame, people switching to mirrorless from DSLRs, or photographers who want a back-up body to their existing Z Series camera.

Outwardly, the new camera is almost identical in size to its full-frame predecessors, but with the lack of a top-plate LCD, and moving the Mode dial to the right of the EVF, it looks a bit more like the APS-C mirrorless Z 50, albeit slightly larger. Importantly it still has a large grip and includes lots of manual inputs, including Fn buttons, twin control dials and a focus level. It measures 134×100.5×69.5mm and weighs 675g with a battery and cards, and the body has weather sealing.

The tilting 3.2in touchscreen has a 1040k resolution, and the 3690k-dot electronic viewfinder is pretty much identical to the well-respected EVFs on the Z 6 and Z 7. In a move that will please some, it’s got twin SD card slots instead of the single XQD / CFexpress card, as on those previous full frame Z bodies.

The Z 5 uses a hybrid AF system with 273 points and like other Z Series cameras offers face and eye-detection AF, both for people and animals – only cats and dogs are specified for the latter, but you can expect it to work on some other species, too. It also has 5-axis Vibration Reduction in the body for sharper stills at slow shutter speeds, as well as smooth motion in video footage. Shooting speed is 4.5fps, so well below the two other full frame Zs, but still a perfectly useful rate.

Coming bundled with the Z 5 and designed to complement its streamlined stylings is the Z 24-50mm f/4-6.3 standard zoom lens. Weighing 195g, this super-portable model has a retractable design, so it will close to only 51mm long when you need to save space. It also takes 52mm filters, which is another space-saver.

Also officially announced are two teleconverters, specifically designed for the Z Series, the Z TC-1.4x at £549 and Z TC-2.0x at £599, both of which have a tough anodised aluminium build and weather sealing. The first lens to be compatible with these extenders will be the previously announced Z 70-200mm f/2.8 VR S, but there are other upcoming models on the Z Series lens roadmap that will surely be compatible with it, too.

Speaking of which, the Z Series lens roadmap has been updated to include an image of the much anticipated Z 14-24mm f/2.8 S. More details of this fast, wide-angle zoom are scheduled for later in the year, but unlike its F Mount predecessor, it looks set to take threaded filters, which should make it easier to filter holders. 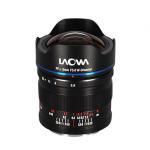 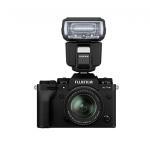 Canon’s previous flagship was much loved, and with the Canon EOS-1D X Mark III,...