This year marks 100 years of Nikon, and to mark the occasion it has launched some special, limited-edition cameras and lenses. The range comprises unique, anniversary editions of camera bodies including the D5 and D500, a triple f/2.8 zoom lens set, and exclusive versions of the WX 7×50 IF, WX 10×50 IF and 8×30 E II.
There’s also a special collection including a reproduction of the Nikon Model I in Swarovski crystal, a ½ size model of the iconic Nikon F, and a premium anniversary camera strap made of Italian leather. If you want to help Nikon celebrate by buying one of these unique products, you’d better hurry – orders are only being accepted until 31 August.
For more information and prices, read the official press release below:

D5 100th Anniversary Edition
The commemorative edition of the D5, Nikon’s flagship digital SLR camera has a metallic grey finish and a stamp on the bottom noting Nikon’s contribution to the study and exploration of space. An Anniversary booklet detailing these contributions is also included.

WX 7×50 IF and WX 10×50 IF 100th Anniversary Editions
The 100th anniversary editions feature the special commemorative logo and exclusive serial number. In addition to the usual strap, they also come with a WX leather strap embossed with the commemorative logo. Sales of these are limited to a total of one hundred (7×50 and 10×50 combined).

8×30 E II 100th Anniversary Edition
This elegant commemorative edition of Nikon’s 8×30 E II has an exclusive metallic gray finish and is imprinted with the Anniversary logo.

Nikon 100th Anniversary Miniature Nikon F Camera
The historic Nikon F, Nikon’s first flagship model and the camera that set the standard for single-lens reflex cameras around the world, is faithfully reproduced with this 1/2-scale model.

Nikon 100th Anniversary Pin Collection
This collection of pins looks back over Nikon’s 100-year history by Nikon’s most historic and popular products, as well as its various corporate logos.

Nikon 100th Anniversary Premium Camera Strap
This premium camera strap is made entirely of the best Italian leather that improves with use and age.

*Order period, sales period, and price for each product varies by country or region.

*Please note that delivery of purchased goods may take some time if a large number of orders are received.

1Swarovski® is a registered trademark of Swarovski AG. 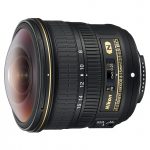 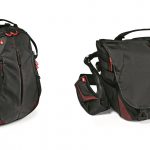 Get new Portfoliobox 4 for free

The first 10,000 new users of the new Portfoliobox 4 can build a portfolio...

A world first for Fujifilm, the concept centre will offer ‘touch and try’ experiences...
Read Here