The HD Pentax-D FA* 85mm f/1.4 SDM AW is official and will be arriving this year.

Following the success of the Pentax-D FA* 50mm, which quickly became one of the brand’s most popular lenses, Pentax has announced the development of a second lens in the series. The fast-aperture 85mm will feature three extra-low dispersion glass optical elements as well as one aspherical lens.

Thanks to these features and more, Pentax assures edge-to-edge sharpness, high-contrast images and effective compensation and correction of chromatic and spherical aberration. Users can also expect a newly developed Supersonic Direct-drive Motor and a dust-proof, weather-resistant construction.

The lens’s launch is currently scheduled for late 2020. 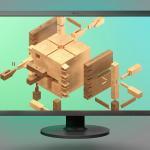 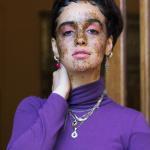 To commemorate the 40th anniversary of its SP series lenses, Tamron has released the SP 35mm...

Fujifilm launches an exciting prime lens for its GFX system, along with a host...

Our digital content writer, Lee Renwick, recently graduated from university where he spent his time writing and making films, though his love of the visual includes photography of all genres.

[email protected] has announced a major update to its Photolab software, including a revolutionary de-mosaicing and de-nois… https://t.co/b6D84MGlkW

How would you like to win a copy of 52 Assignments: Landscape Photography? @markbauerphoto and @Ross_Hoddinott's st… https://t.co/k0tKeOkzss

[email protected] and @PermaJet have teamed up for a free-to-enter print competition, with prizes worth over £1000 to… https://t.co/oqoxSnxs29

There's been some very pleasing updates to the much-loved @FujifilmX_UK XF10-24mm f/4 R OIS! Read all about it:… https://t.co/CwYxsxZ2Rt

Episode 14 of The PN Podcast is out now, ready for your listening pleasure! 🎧 Hear all about our night-shooting ad… https://t.co/rCtwLMwkZK