Canon’s new addition is unique among other full-frame astrophotography cameras on the market, with no need for external power and connection to a computer. The Ra also features a compact design similar to the Canon EOS R.

The similarities between the R and the Ra don’t end there, though. The specs for both cameras are almost identical, aside from the new addition’s astro-specific features.

Low-light autofocus capabilities down to -6EV will certainly be of use to astrophotographers. When used with a telescope, functions like focus peaking and magnification up to an impressive 30x ensure focusing with any optical device is simple and quick.

Next on the list of new features is the Ra’s infrared blocking filter. The IR filter allows even higher hydrogen alpha light to reach the imaging sensor – four times as much as the R, in fact. Photographers can capture the distinct red colour of nebula, impossible to capture on traditional cameras that block the IR light that gives these nebulae their red colour.

The Canon EOS Ra is released in early December, and is available for preorder now at £2599.99. 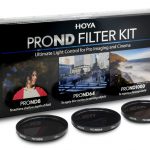 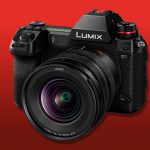 Panasonic’s latest offering is primed for both photos and videos with its 20.3-megapixel sensor...

Nikon has announced the D780, a full-frame DSLR and successor of the popular D750,...
Read Here