We talk to Markus Klinko ahead of his Bowie Unseen exhibition, to find out about Bowie, shooting stars and how these portraits came to be

When were the photographs taken and over how many sessions?
2001, just one session – 9-5!

How did your relationship with David Bowie develop over time?
It was the late spring of 2001 when I met Angelina Jolie’s famous make-up artist, Paul Starr, on a shoot for Interview magazine in New York. He asked me if I had ever worked with Iman, another client of his, and suggested that he would take my portfolio over to her house, just a few blocks down the street from my studio.

The next day, Iman called me on the phone and said that she wanted to meet me and talk about a project. She was very complimentary of my work and explained she had been working on her first book, I am Iman. She had contributions from virtually every great fashion photographer in the world already, from Helmut Newton to Steven Meisel, but she wanted me to shoot the cover of the book. I couldn’t be more flattered, but also felt the pressure to create something amazing with her. We scheduled the shoot for the following week.

The session was very successful. A couple days later, Iman returned to the studio to take a look over the edits with me, and to my great surprise, David Bowie came along to help choose the cover. He was every bit as charismatic and extraordinary as one can imagine, but really kind and lovely to talk to.

During the editing session, David casually mentioned that he might be working on a new album and that perhaps he would call me to talk about shooting the cover for it. That sounded a bit too good to be true, and while I was hopeful that this could happen, I did not get my hopes up too high.

True to his word, Bowie called me. He had many ideas and was very precise about them. He wanted to be styled in forties suits and wanted to get into the character of a blind man. Bowie knew exactly what poses and expressions to do in order to portray the character we discussed. He was very carefree and fun to shoot.

Heathen was released in 2002, and Bowie went on tour to promote the album. Around that time, I got a call from GQ in London, asking me to shoot David for its prestigious Men of the Year cover.

In the years following the Heathen and GQ shoots, I continued working with Iman on a regular basis, and saw David a couple of times. After his heart attack in 2005, I did not see him anymore.

Fast forward to 21 May 2013 when I received an email marked “URGENT” from Bowie’s manager, letting me know that David wanted to speak to me. I rushed home to take his call, and was elated to learn that he wanted me to direct a video for his new single Valentine’s Day.

We did an animated portrait shoot, since many of his fans really wanted to be able to just watch him “without all the bells and whistles”. We shot the video in two days in New York.

It was wonderful to work with him again after so many years, and see him full of creativity, energy and excitement about the future.

As an artist himself, was he collaborative with you during your shoots?
Yes, he was extremely collaborative and even playful! David was profoundly visionary.

How did you manage to find a new perspective when it came to someone who has been photographed so often and in so many ways?
With Bowie, but also in general with celebrities, I believe it is great to plan a certain concept and prepare for that, but at the same time, I stay open-minded for spontaneous opportunities during the shoot, which is certainly something I did with Bowie.

But the most important aspect is what I would call “magic” between the subject and the camera, that cannot really be explained. It just happens or it doesn’t. It is what really makes the difference and what ultimately creates iconic moments. This is what in fact creates a unique signature look, different from anything else seem before.

Were the unique sets and other aspects of the shoots meaningful or purely visual?
They were absolutely meaningful to illustrate the theme of the Heathen album. In essence, he wanted to illustrate the idea of no longer believing in the norms and searching for new answers.

How did the logistics of the photographs with the wolves work?
Heathen was released in 2002, and Bowie went on tour to promote the album. Around that time, I got a call from GQ in London, asking me to shoot David for its prestigious Men of the Year’ cover. I called up to David and asked him if he would trust me with creating a series of complex photocompositions, using a body double and several wild wolves. He immediately loved that idea, and said that I had carte blanche. My agent called the modelling agencies, and I decided on a young guy who had very much the stature and body shape of Bowie.

While his face looked nothing like Bowie, he was able to channel him through his body language. The images of David from the Heathen session and the shots of the body model and wolves were later combined by my post-production studio and have since become a favourite in GQ‘s iconic history.

Looking back, what do you feel about the part you played in David Bowie’s huge legacy?
I have been told that my 2001 shoot with Bowie is considered by many as his “last major photoshoot”. The success of my Bowie work with collectors around the world seems to confirm that, and I am enormously proud of the work I had a chance to do with him.

How did he compare to your many other iconic subjects?
Working with Bowie was a unique experience for many reasons, as he not only was one of the most photogenic subjects imaginable, but also it is so rare that someone like him is completely personally involved in all aspects of a shoot, without delegating to teams of handlers.

What kit did you use to shoot these photographs, and what do you use at other times?
Fujifilm GX680 III, with Fujifilm Provia medium format reversal film!

After working for many years in the industry, has your approach evolved as times have changed?
Yes and no. In the past, I used much larger teams of assistants and helpers, and have scaled that down a lot. Whenever possible, I actually prefer to set up even complex lighting myself, as I believe that I get better results and it is often faster than directing a set up. But then and now, I still depend on the magic! The moment when everything around me goes into silence and all becomes about the “moment”.

Have you noticed a change in your subjects over time? Today’s starts vs those of Bowie’s era for example.
Many if not most of the stars I photographed in the 2000s are even bigger stars today! But I love working with new artists, for example Billie Eilish. She actually reminded me a lot of Bowie, and I told her!

Is there anything else people should know about the exhibition?
I love London so much, and I am beyond excited to bring my Bowie work there for the first time! I am unveiling some never-before-seen images!

Markus Klinko’s Bowie Unseen exhibition is being unveiled 1 October, curated by Zebra One Gallery, with 10% of proceeds going to Macmillan Cancer Support. 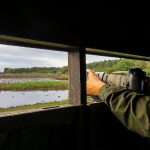 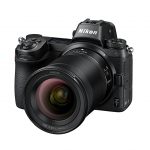 We’re turning up the heat this summer, with a whole host of great content...

Created by The Duchess of Cambridge and the National Portrait Gallery, the project seeks...

Life in Syria photography project to be ...

The collection exhibits the work of five Syrian photographers who have captured the everyday lives...