The recent batch of firmware updates offer a host of improvements for the Nikon Z series – the Z 6, Z 7 and Z 50.

Firmware version 3.00 has been rolled out for Nikon Z 6 and Z 7 cameras, making the full-frame mirrorlesses more powerful than ever before. Animal-detection AF has been added on top of previous face/eye-detection capabilities.

Subject-tracking AF capabilities have also been improved. Still image shooting in AF-C mode has been modified to give an operational feel closer to the 3D-tracking of Nikon DSLR cameras. The Z 6 or Z 7 will now track a subject while the shutter-release button is pressed halfway or the AF-ON button is held down. Subject tracking ends when the user takes their finger off the button, and the focus point selected before subject tracking began is reactivated for increased operability. In addition, the transition from Auto-area AF display to Subject selection display can be assigned to a custom control.

The Nikon Z 50’s firmware version 1.10 update sees improvements over recording self-portraits in movie mode. Previously, focus mode was locked in AF-S mode. Following the update, focus mode will be locked in AF-F mode. This means the camera will maintain focus on the user’s face throughout recording. 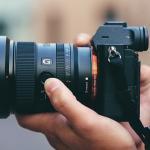 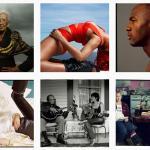 The RX0 II is the world’s smallest and lightest premium, ultra-compact camera

Three years after the release of the popular X-Pro2, Fujifilm has launched the long-awaited...
Read Here