Three years after the release of the popular X-Pro2, Fujifilm has launched the long-awaited X-Pro3 with some big changes, inside and out.

Since the camera’s announcement back in September, Fujifilm fans have been eagerly awaiting the official unveiling of the X-Pro3. Now, the wait is over. With that, let’s take a look at the new features and key differences between this newcomer and the X-Pro2.

Let’s start with the big one: the sensor. The new X-Pro3’s X-Trans CMOS 4 sensor boasts two megapixels over its older sibling (26.1MP vs 24.3MP), while the camera’s processor has seen an improvement, too. The extra pixels are certainly nice, but that extra processing power shouldn’t be overlooked. Which brings us to the next point…

Thanks to the powerful new CPU, the X-Pro3’s autofocus has seen fairly significant improvements over the X-Pro2, especially in low light. The new addition features precise autofocus including face and eye detection down to a very impressive -6EV.

For photographers who need the extra speed, such as wildlife or sports shooters, a few extra frames per second in continuous shooting mode can make all the difference. For those who want it, the X-Pro3 offers 11fps (mechanical shutter) compared to the X-Pro2’s 8fps.

For those looking for more than just a stills camera, the X-Pro3 is a more appealing option than the already decent X-Pro2. The new camera sees the addition of gloriously slow 120fps shooting in 1080p, which is sure to please.

The X-Pro3 also records 4K at 200Mbps – double that of the X-Pro2. A few extra Film Simulation modes have been added, too, including the much-loved Eterna.

They say it’s what’s inside that counts, but that idiom doesn’t extend to the world of cameras, and the X-Pro3 is just as impressive outside as it is in. The camera is available in a classic black finish, but it also comes in two extremely hard-wearing coating options, offering scratch-resistance and titanium top and base plates.

If you were to pick up the X-Pro3, you might be fooled into thinking Fujifilm has decided to remove the LCD, especially if you’re used to the X-Pro2. But that’s not the case. With the aim of enabling X-Pro3 users to focus on their subject, rather than their previous shots, Fujifilm has hidden the camera’s main LCD, making it viewable only when flipped down.

In place of the old LCD, the X-Pro3 features a small sub-monitor, which can display the camera’s current settings.

So, what does Fujifilm expect X-Pro3 users to do without an LCD? Use the viewfinder, of course. The X-Pro3’s dual optical and electronic viewfinder is a little larger than the X-Pro2’s (0.5inch vs 0.48inch) and features more than one million more dots, clocking in at 3.69 million. Not the camera’s most impressive improvement, but worth noting.

Finally, let’s discuss the battery life. There’s no point to all these new features if you barely have time to use them. Luckily, the X-Pro3 features another significant improvement here, offering 370/440 frames vs the X-Pro2’s 250/350.

For more from us on the X-Pro3, read our news and hands-on first-look review. 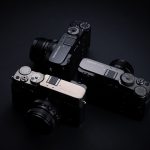 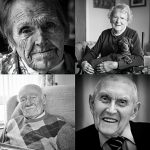 Fujifilm has announced the addition of a new entry-level model to the X Series...

Fujifilm’s second X Summit took place on 20 September with news about its forthcoming...

Canon has shut down speculation that EOS R5 specs are impossible and revealed select...

Fujifilm announces the new X-S10, with a body design targeted at those who aren’t...
Read Here