Bird Photographer of the Year 2019: the winners

BPOTY is now in its fourth year, attracting over 13,500 images from 63 countries with prizes including an Olympus camera system and £5000 in cash

BPOTY is set to become even bigger and the BPOTY team has been working hard on the forthcoming 2020 competition, which is open for entries until 30 November 2019. Read goes on to say: “We now have a new website that will become a useful resource for photographers, birders, naturalists and wildlife enthusiasts, centred on the competition itself. The core principles of promoting bird photography and the photographers themselves, while helping conservation through raising money and awareness, remain the bedrock of BPOTY. The new website will help us achieve these aims, using some of the world’s best bird imagery to inspire people to care.”

Money raised through previous years’ donations have been used by the British Trust for Ornithology to support its Bird Camp programme run in association with the Cameron Bespolka Trust, aimed at encouraging the next generation of conservationists. For 2019, in addition to raising money for Birdfair through the Inspirational Encounters Award, BPOTY is supporting Hookpod, an innovative solution that has the potential to eliminate the unnecessary deaths of albatrosses and other seabirds killed as a result of longline fishing. Founding director of BPOTY Paul Sterry comments: “BPOTY is delighted to have raised funds to help support such worthwhile causes. For 2020 and future years, we will be establishing a BPOTY Conservation Fund, through which we will assist other conservation projects such as Hookpod, where modest donations can have a real and lasting impact on our bird populations.”

Entitled Dancing on Ice, this shot of a dalmatian pelican on a frozen Lake Kerkini in Greece was taken by Caron Steele from the UK. She wins the top prize £5000 and the title Bird Photographer of the Year 2019. Steele’s image was also the gold award winner in the Best Portrait category.

Caron Steele comments: “I can’t tell you how delighted I am to be announced as the winner of this fabulous competition. It is wonderful to receive such recognition for something I absolutely love doing. I only took up photography seriously in 2014 when I got my first DSLR, and since then I have been on a sharp learning curve. I did a zoology degree at the University of Oxford, but then went on to pursue other things. Now I love being able to get back to nature and see things through the perspective of my camera. I am so passionate about conservation and am keen to find an angle where I can help make a significant difference; winning this award has spurred me on to renew my efforts. In today’s hectic life, I think it is vital we strive to save the beautiful natural world around us, as ultimately I believe it will save us. Photography and being at one with nature brings a sense of calm, joy and appreciation that can strip away the stresses of life. I recommend this therapy to everyone. Save your planet and save your soul: pick up a camera and get out there today and be as free as a bird!”

Rob Read adds: “Bird Photographer of the Year 2019 exceeded all our expectations and attracted an incredible standard of photography with entries from 63 countries around the globe. With over 13,500 images to review, it was going to take a truly impressive image to win. Dancing on Ice is an image that had me leaping from my chair with joy the moment I saw it appear on my computer screen. All too frequently the judges see images where the photographers have fabulous photographic opportunities they fail to make the most of. Lake Kerkini rarely freezes over and Caron certainly made the most of this virtually unique opportunity. Everything about this image is right, it is truly delightful in its near-perfection.”

Heading an experienced panel of judges, naturalist and TV presenter Chris Packham, comments on the competition: “Winning this competition is getting harder. And that’s the way it should be, because photography is evolving more rapidly than ever: it is visibly edging closer to being able to facilitate perfection. Like life itself it has hardware (the cameras) and software (the information they collect), and we’ve gone from the Neolithic to the Nexus 6 in about 40 years.”

Thomas won the BPOTY Best Portfolio Award for 2019 with a set of six images and receives an Olympus OM-D E-M1 Mark II and M.Zuiko Digital ED 300mm f/4 IS PRO lens with a combined value of £3500. For more information, please visit Olympus’ website.

New for the 2019 competition, Inspirational Encounters was won by Martin Grace from the UK for his photograph of emperor penguins in Antarctica. Established in association with wildlife travel company Wildlife Worldwide and its sister company, The Travelling Naturalist, the award celebrates all that is positive about the impact of the avian world on people and the potential that it has to inspire all of us by combining imagery and prose: entrants were invited to submit an image that represents an inspirational encounter with birds accompanied by approximately 150 words of text. The task was that imagery and text combined should tell a story and convey to the viewer and reader the significance of this moment to the photographer. The award also aims to help conservation via a £1500 donation from Wildlife Worldwide going to the annual Birdfair cause.

“Emperor. Penguin. Individually, words of little distinction, but together an icon of near-mythical proportion. Flightless. The march. The crazily dedicated parenting. Arguably the most difficult bird in the world to see. But forget for now the travel nightmare, the two days’ turbulent torture of the never-again Drake Passage, the teetering on the edge of ‘Will we, won’t we?’ Decades of aspiration are finally approaching a culmination. An unexpected route appears through storm-packed sea ice and Antarctica’s fickle summer opens a calm window of blue. This miraculous conspiracy permits no more than half an hour at the colony, including walking time from landing. Borrowed boots pinch, clothing is stiflingly excessive and frustration also boils as the camera tangles inside the rucksack. But actually having made it is too overwhelming, too emotional. I shoot a few images then put the camera away, and for fifteen minutes it is just me, the emperors and heaven.” – Martin Grace, Inspirational Encounters award winner 2019

The winner of the Young POTY 2019 competition was also announced. The first prize has been claimed by Tamás Koncz-Bisztricz from Hungary with his innovative use of a drone to capture this colourful image of mallards entitled The Cradle of Life. Koncz-Bisztricz wins a pair of Swarovski Optik binoculars.

The competition book, published by William Collins, is now available and costs £25. This lavish 256-page hardback showcases the very best imagery from the competition and features the stories behind the images as told by the photographers themselves, plus all the technical camera information. For more information, please visit HarperCollins’ website.

The 2020 competition is open for entries closes on 30 November 2019. Prizes on offer are worth well over £20,000 and includes binoculars from Swarovski Optik, a camera system from Olympus, gimbal tripod heads from Gitzo and the top prize of £5000. For more information, please visit BPOTY’s website. 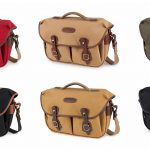 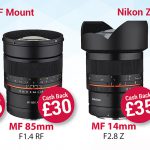 The Marilyn Stafford FotoReportage Award celebrates women in documentary photography and offers a £2000...

Canon and Permajet have teamed up for a print competition, with prizes worth over...

Environmental Photographer of the Year 2...

Not getting the razor-sharp pictures you’re expecting? It’s time to get your outfit calibrated 📷 Ann Healey ARPS r… https://t.co/NIjZJAxrp1