Whatever you’re shooting, there are few things more important than understanding camera lenses. Here’s everything you need to know.

Forget what you’ve heard. It’s not just your camera that makes or breaks your shoot – your lens is equally important. Understanding lenses is a huge part of unlocking the creative potential we all crave as image makers, and every photograph and film you’ve ever seen looks the way it looks thanks in part to the lens it was shot with.

Now we’re not saying a good lens is more important than a good camera, all we’re saying is your lens has a huge impact on your images, and it’s an impact that’s often overlooked, especially among beginners.

So, with that in mind, here’s our ultimate guide.

The most significant difference between different lenses is focal length. Technically speaking, a lens’s focal length is the distance between the convergence point of the rays of light coming into the lens and the sensor. The important part, though, is that focal length determines the angle of view.

You can think of angle of view as the camera’s field of vision – or how much is captured in the shot. Lenses are typically categorised as wide-angle, mid-range and telephoto as determined by their focal length. Mid-range lenses include anything from roughly 45mm to 60mm, with wide-angle covering anything less than this and telephotos anything more. 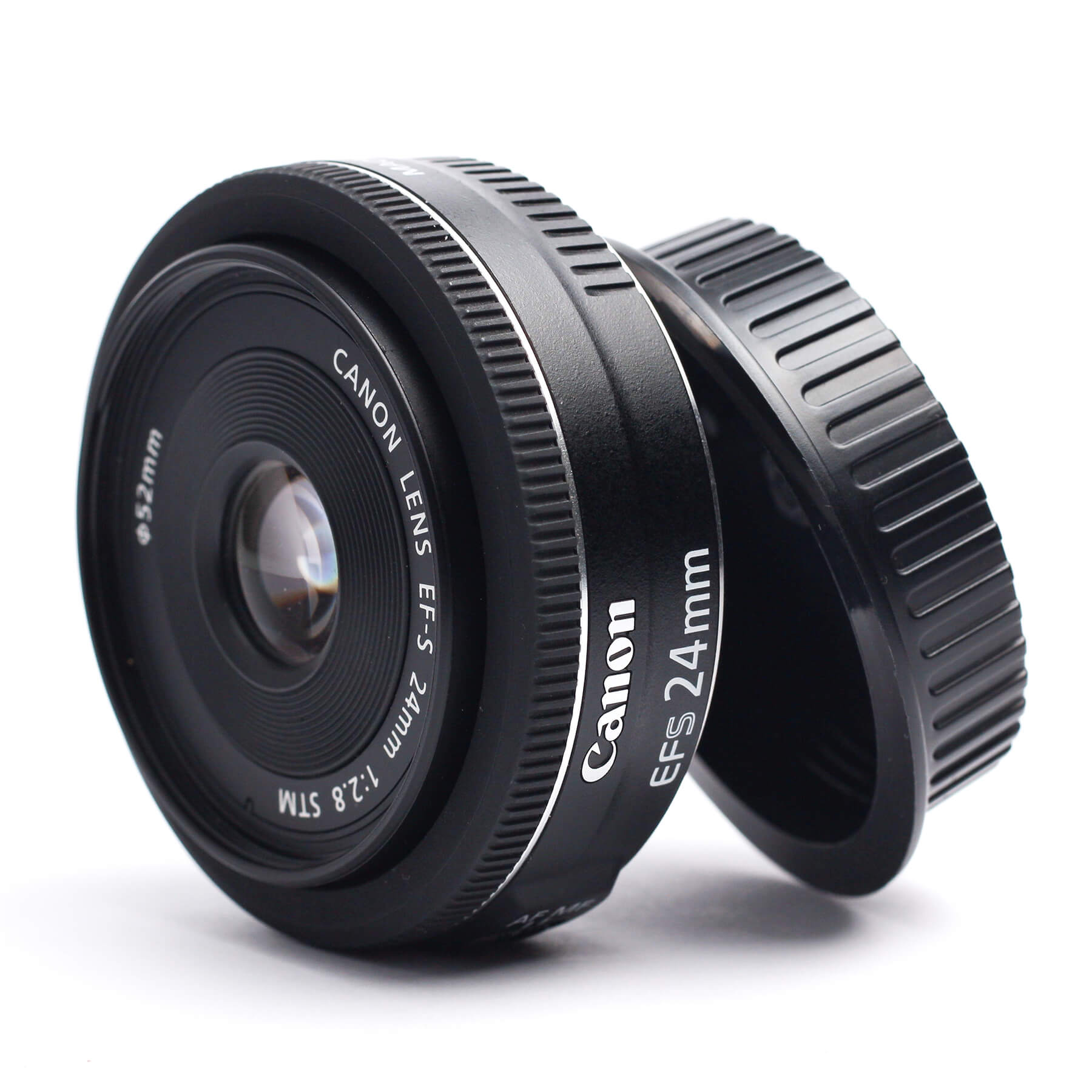 There’s more to focal length than just angle of view, and over the coming weeks we’ll delve into wide-angle, mid-range and telephoto lenses in more depth. But for now, let’s move on.

Prime vs zoom is a battle that’s raged among photographers for decades. A zoom lens covers a range of focal distances – for example 70-200mm – while a prime lens has a fixed focal length. There are benefits to each, of course. For example, zoom lenses are more versatile by nature, but they’re also bigger and usually slower than primes. 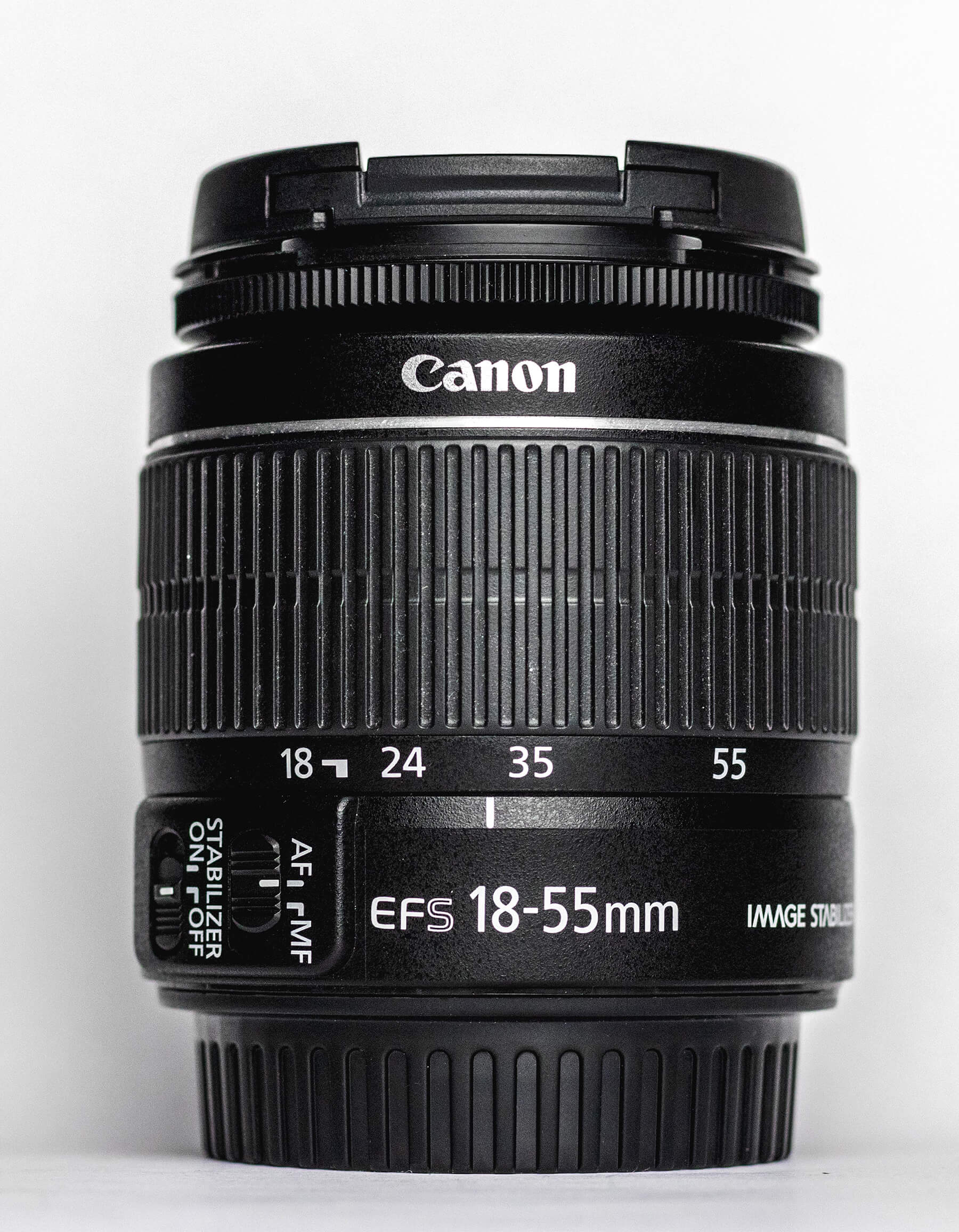 Image This zoom lens has a focal range of 18-55mm

After focal length, aperture is perhaps the second biggest factor in understanding camera lenses. Aperture is simply a measure of how much light comes through the lens, measured in f/stops. As our exposure settings guide explains, there’s a visual impact of aperture and that’s depth-of-field.

In short, a narrow aperture results in a deep depth-of-field, while a wide aperture does the opposite. Depending on what you’re shooting, you may want to opt for a ‘faster’ lens, meaning one that can create a shallower depth-of-field when you want it.

As we mentioned, zooms are usually ‘slower’ than primes meaning they can’t achieve the same shallow depth-of-field. Often, the maximum aperture of a zoom lens changes as focal length increases through the zoom range, meaning your aperture could go as low as f/4 at the wide end of the zoom range, but f/5.6 at the longer end. This doesn’t happen with constant aperture zoom lenses, but they tend to be more expensive.

Manual focus-only lenses are fine for the majority of situations and a big plus is that they’re often significantly cheaper than autofocus lenses. It’s certainly something you should consider when looking for a lens. Are you really never going to use autofocus? The choice is yours, but it may be  better to have it and not need it than need it and not have it.

Minimum focusing distance is exactly what it sounds like – it’s a measure of how close an object can be to the lens and still be in focus. On the opposite end of that scale, you have infinity focus, which means that beyond a certain distance, everything will be in focus. Your lens may not have a marked point for infinity focus, but it will definitely have a minimum focusing distance. 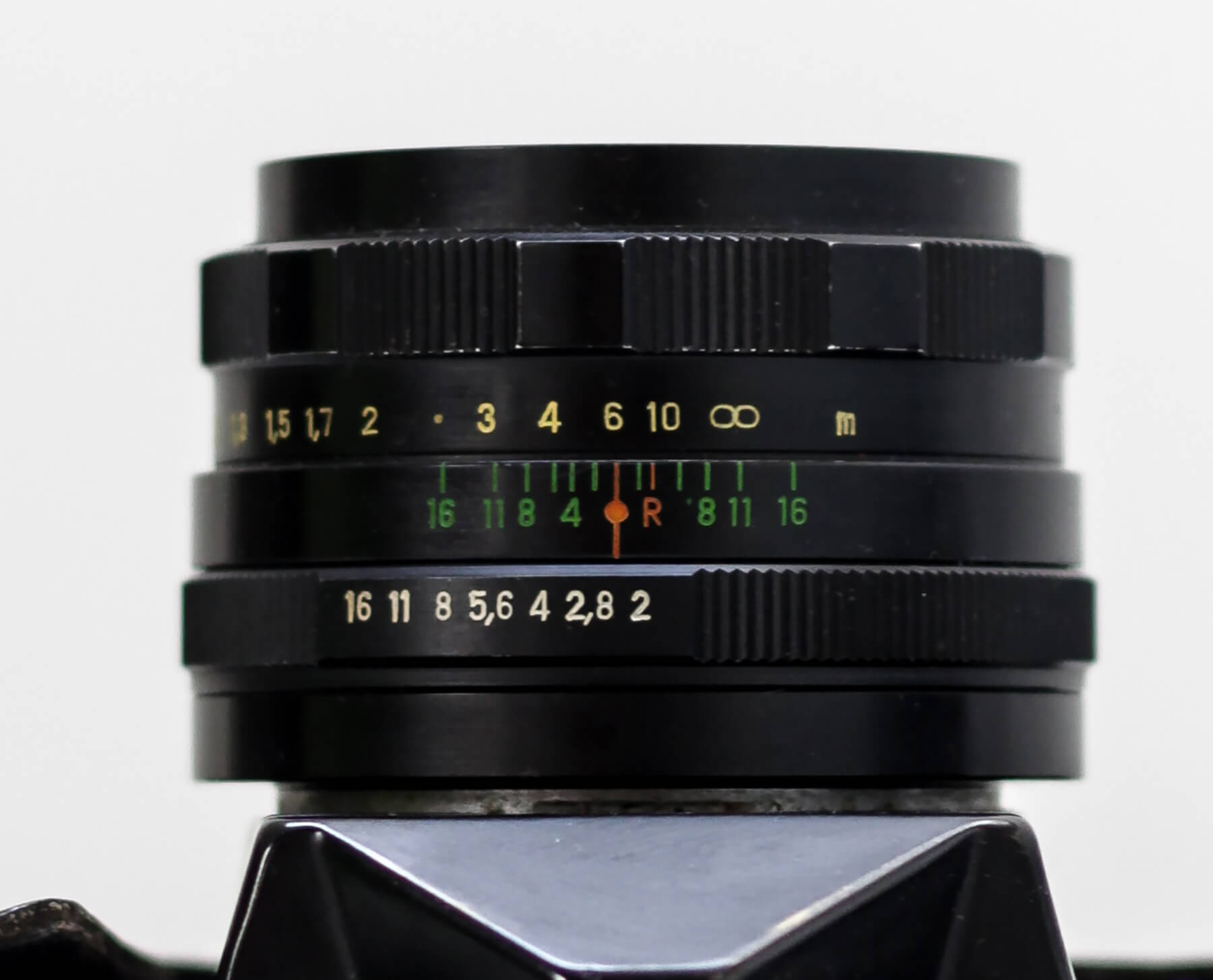 Image On this retro lens, infinity focus is marked with the ∞ symbol

Your camera itself can have image stabilisation, but so can your lens, in the form of Optical image stabilisation (OIS), which is just another way of reducing shake in your photo or video. Naturally, the ability to capture smooth video is nice, but for stills shooters, OIS can mean shooting handheld at slower shutter speeds and more.

If you’ve looked at a lens and wondered what that O with a line through it is, you’re not alone. It’s simply a symbol denoting filter thread size. This is the diameter of the end of the lens in millimetres, which you’ll need to know if you’re looking for a filter or anything else that attaches there. 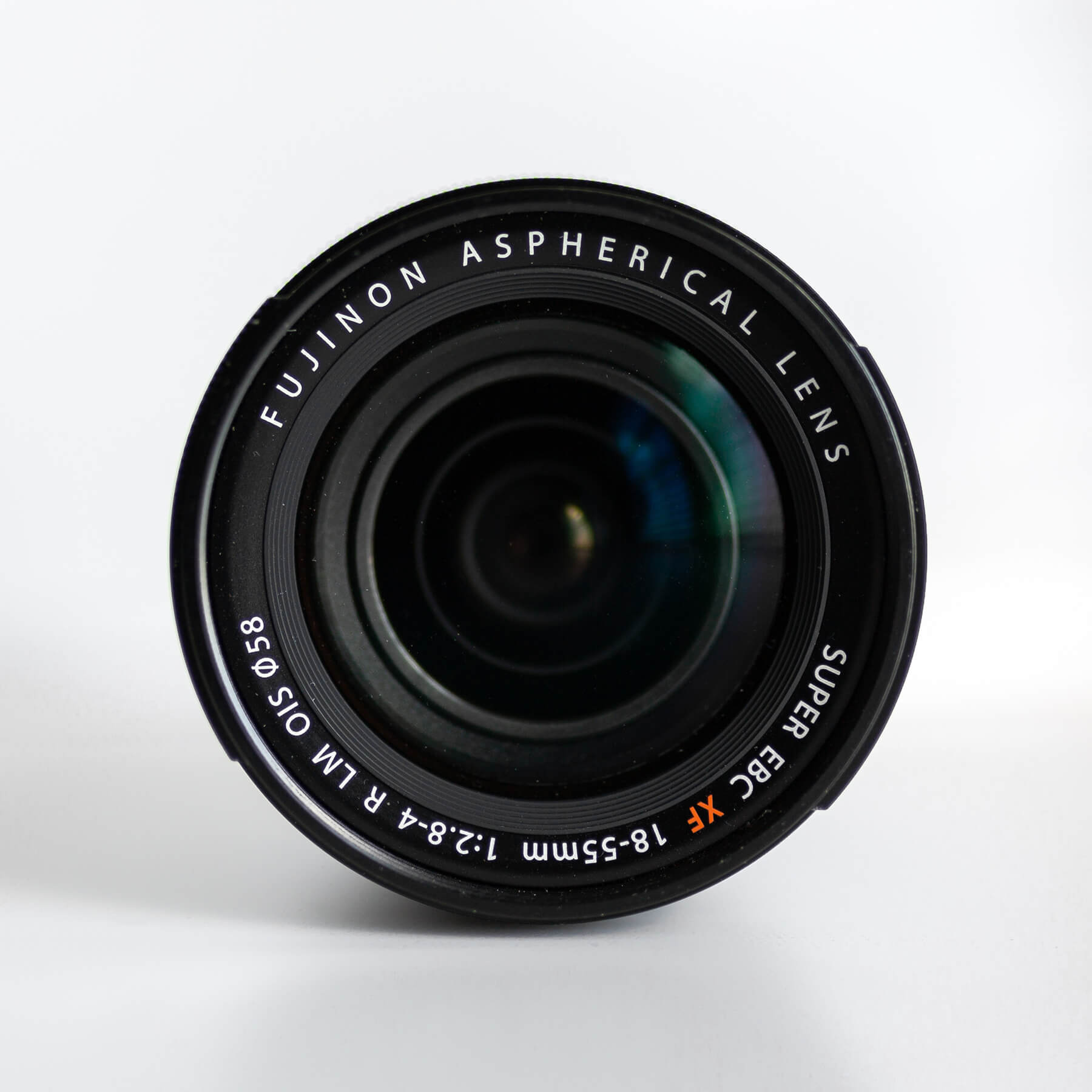 Image This lens has a 58mm thread size, as seen on the left

How to choose a lens

We’re strong believers that any gear you buy, any setting you choose and any other shooting decision you make should be informed by what you actually want to photograph. If you know your niche, fantastic – get a lens to suit it. If you don’t and need something versatile, there are plenty of lenses for that, too.

It’s also worth noting something you probably already know: not all lenses fit all cameras. In an ideal world, they would, but as it stands, your camera has a specific lens mount and only lenses of that mount will fit – without an adapter that is.

We’ve covered all the basics and you’re well on your way understanding camera lenses, but if you want to get more in-depth with wide-angle, mid-range and telephoto lenses, take some time to read our other lens guides.

If you have any questions, get in touch with us on Instagram and Twitter by tagging us using the handle @PhotonewsPN! 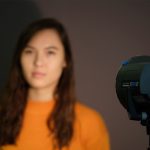 The essential portrait lighting styles you need to know

An introduction to macro photography 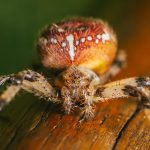 Stuck at home, we're forced to think outside the box, but shooting food dyes...

Shooting top-quality stills and engaging videos has never been easier – all you need...

Whether you’re a photographer looking to expand your arsenal or a complete beginner, here...
Read Here