The essential cuts every video editor needs to know

When it comes to any type of video editing, you’ll need a firm understanding of these essential cuts, what they do and when they should be used.

Have you ever heard anyone say that video is made in the edit? Well it’s true, at least for the most part. Of course, you can’t salvage terribly-shot footage, but you can create something great from very little.

Here, we’ll explore the common cuts as well as some of the essential video editing techniques they can be used for. To be clear, we’re not taking a deep dive into Premiere Pro, Final Cut or any other video editing software here. These fundamentals can be applied however you’re editing your footage.

But just why is video editing so important? If you’ve ever seen a badly edited film or video, you’ll know. A very good edit may not even be noticeable, but video editing dictates pace, mood, meaning and much more. In many cases, our entire understanding of a scene or sequence relies on how it’s cut.

We’ll get into exactly how video editing achieves these things within our examples. So, let’s get started.

The most common and straightforward cut is the hard cut. In the hard cut, one shot goes straight into the next with no transition. This could be cutting from one person to another as they talk, or cutting from one scene to another entirely. Technically, there’s nothing to a hard cut beyond ending one clip and beginning another, but understanding how and when to utilise a hard cut is an absolute essential of video editing.

When editing one moving subject, or two subjects together, one important consideration is the 180-degree rule – not to be confused with the 180-degree shutter angle rule, as outlined in our videography basics guide.

The 180-degree rule dictates you shouldn’t cross an imaginary 180-degree axis, in order to avoid confusing the viewer and muddling the on-screen spatial relationship. So, if you’re shooting someone walking from screen left to screen right, then suddenly in the next shot, they’re walking from screen right to screen left, it may look like they’ve double-backed. Similarly, if you’re shooting two characters and suddenly you swap sides, it may appear they’ve changed positions in the room.

As with any so-called rule, it doesn’t always apply, but if you’re breaking it, there should be a good reason.

Another consideration with the hard cut should be pace. If you’re cutting a lot in a short space of time, your viewer will notice, even if it’s subconsciously. You could cut one action into five small key movements, or watch it play out as if you were watching it in real life without cutting at all. The results will be completely different.

Finally on the hard cut, if appropriate, it’s better to cut on movement. If you cut from someone in one position to another, the viewer gets no suggestion of how they moved at all, and it can seem unnatural. If, on the other hand, you cut during the movement, you can still change shots as you wanted, but in a much more natural way.

The fade is another common cut that you’ve likely seen in many feature films and videos. It does exactly what it sounds like and fades gradually from one shot to another. This is usually done by applying a simple effect between two shots.

The fade usually signifies a more significant change than a hard cut, like the passage of time, a move to a different location or a change in tone. Outside of narrative video, a fade is more gentle and less jarring than a hard cut, so can be used to fit your intention accordingly.

It’s advisable to consider what you’re fading from and to, as well as how long the fade is. We’d also advise using less common cuts like the fade sparingly.

The standard swipe can be applied as a transition between two clips in most editing software, but it’s really not visually pleasing by almost anyone’s standards. However, there is another way.

If you know you want to include a swipe cut at the time of shooting, you can pan or truck past an object, letting it fill the frame from top to bottom. Then, you can have this object swipe across the screen to reveal your next shot.

To do this, you’ll have to key frame the first shot, masking anything that follows the object in frame, so the shot below becomes visible as it moves by. This isn’t as simple to achieve as the others on this list, but it’s nothing too complex.

It’s also a fantastic example of how having some foresight at the point of shooting sets you up with the footage you need for certain cuts and techniques. The whip pan is just the same. To perform a whip pan, pan away very quickly at the end of one shot and do the same at the beginning of the next shot, then in the edit, cut during the rapid movement. With the whip pan, you can give any two shots the appearance of being next to each other, regardless of where they are. There’s a bonus cut for you.

The swipe and the whip pan can be used to great effect in filmmaking beyond narrative film. If you’re looking to pursue any sort of commercial videography, these two are great cuts to have in the bank. 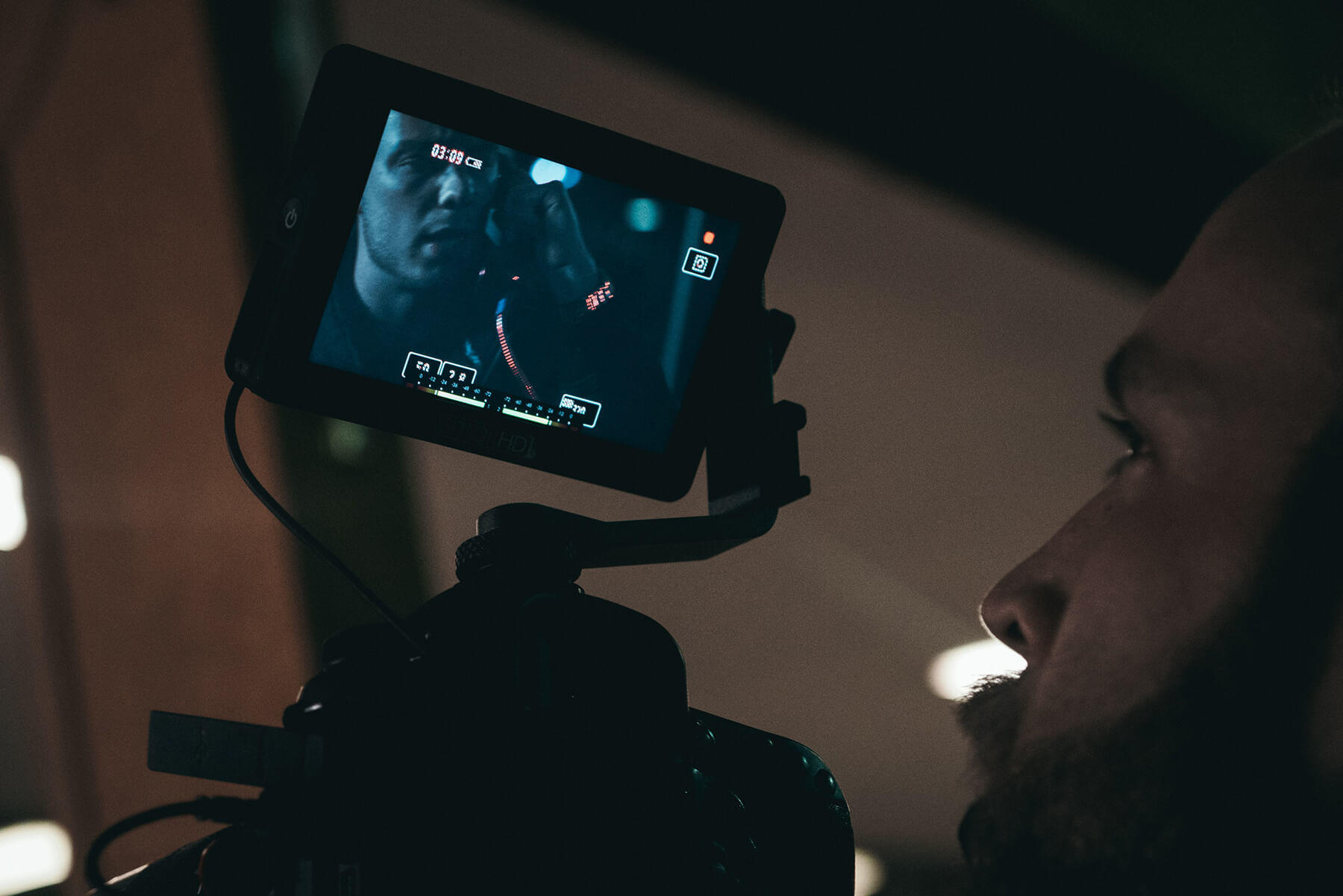 The montage is more of a video editing technique than a cut, but it’s still essential know-how. You may think of a montage as a fast-paced, action-packed sequence of events that shows the passage of time quickly, and while that’s often true, it doesn’t have to be the case. More broadly, a montage is a sequence of shots from which a viewer can derive meaning.

One very simple example of this is the Kuleshov effect. This effect suggests a viewer takes meaning from the shot that precedes or follows another. For example, cutting from a shot of a person to a shot of an object may suggest the person is looking at that object and thinking of using it. It’s simple really, but easy to overlook, especially during the early days of video editing.

Cross cutting is another narrative technique that you’re unlikely to use in non-narrative video. Cross cutting is simply cutting between two different sequences, usually to suggest they’re happening at the same time.

Unlike cross cutting, a graphic match is a great technique regardless of the type of video you’re making. A graphic match is simply matching a similar shape on screen between two shots. Naturally, this is another video editing technique that requires some foresight – you’d have to be incredibly lucky to find the same shape in the same area of your frames by chance. It works well with a hard cut or a fade, so there are options here.

There’s one essential element of video editing that we haven’t touched upon yet – audio. Really, going in-depth on audio editing is worthy of its own feature, but we can cover a few essentials here.

Perhaps even more than the visual element of your video, audio is essential in creating something natural and smooth. The various audio tracks play a part in this. You could go for music and forego diegetic sound altogether, or you could mix the two.

If you are using diegetic sound, it’s important to consider how many audio tracks you’re including and how those tracks are balanced. At a minimum, you’ll likely need ambient sound and other diegetic sounds. When it comes to levels, some common sense goes a long way. If something is closer to camera, the viewer will naturally expect it to be louder, for example.

One popular type of audio cut is the L cut, or J cut. Here, the audio from one shot will continue briefly after the visuals have cut away to the next shot, or vice versa. The shot is named after how your audio and video files line up on the editing timeline. You can cut your video and audio in sync at all times, but in many cases, this can get stale or even look strange. 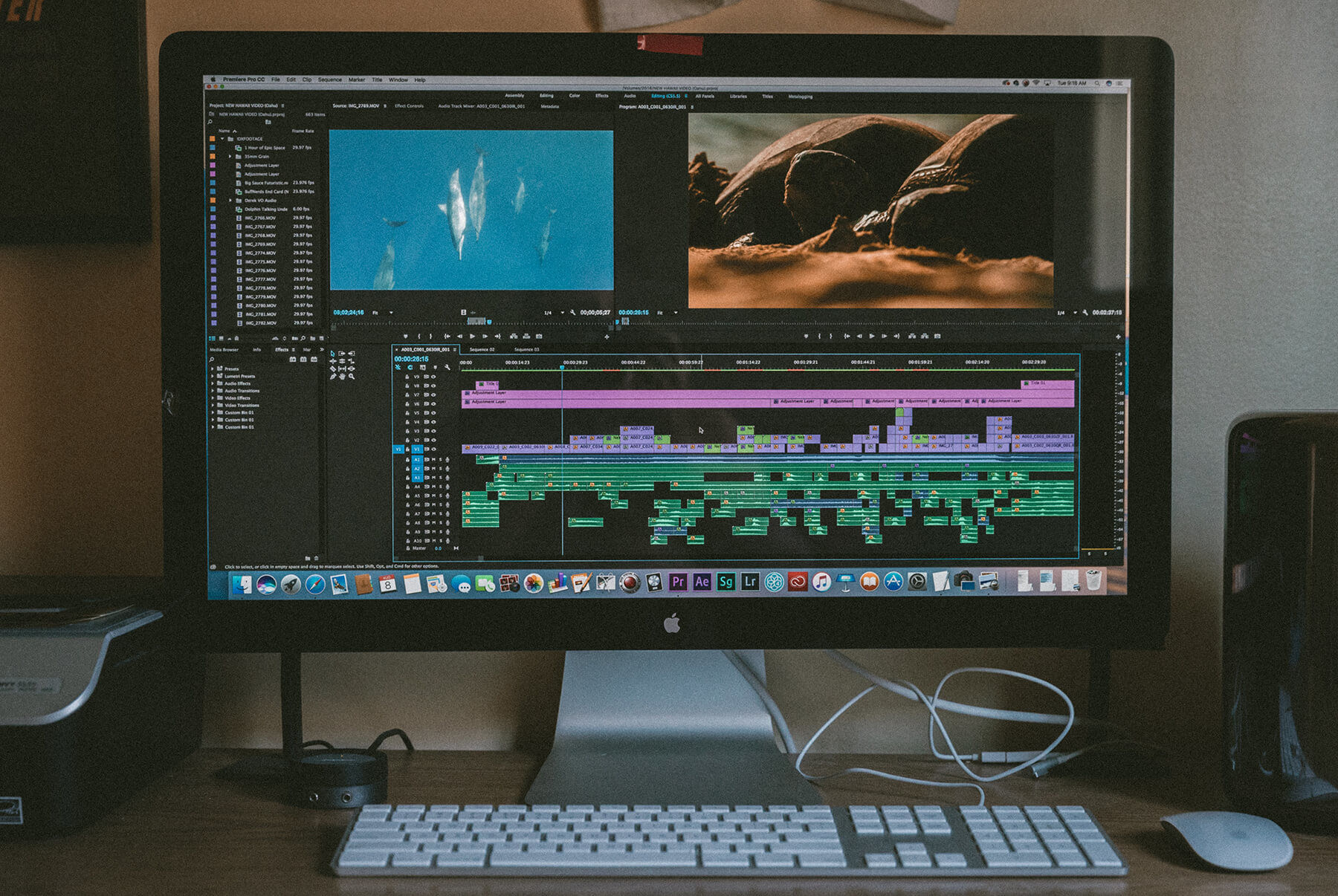 There’s still much more to learn, but these essentials will certainly be enough to help you on your way. The best way to learn is by doing, so take these tips and techniques and give them a try!

For more techniques, tips and guides like this one, take a look at our Inspiration section. You’ll find plenty of stills shooting advice, and this short video series includes features on videography, accessories and how to plan a shoot.

Our sister title, Pro Moviemaker, includes the latest industry tech innovation and gear scoops, as well as interviews, guides and inspiration. Visit the Pro Moviemaker website and sign up to the newsletter to get a free digital subscription! 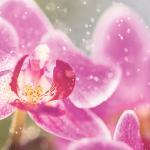 How to use high-speed sync flash 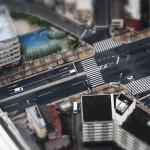 Without the perfect set-up, all the right kit, or some editing, you might think...

We offered three lucky readers a masterclass in lighting, using the Profoto B10 alongside...

How to improve your travel photography

Richard Bernabe has travelled to more than 60 countries, shooting for clients including National...