In episode four of The Photography News Podcast, Will, Kingsley and Roger had each independently shot a self portrait, which they then revealed to each other live on the show. Here are the images and the stories behind how they were created.

When deciding on the type of self-portrait to shoot, it struck me that I’d never tried a formal portrait style. I’ve shot wacky multiple self-portraits, turned myself into a miniature, and even created a Magritte style invisible man. But never this.

I wanted to shoot with a very shallow depth of field, keeping just my eyes sharp, and get something quite symmetrical in the framing – well, as much as my face would allow, anyway. The sort of pic you’d get in a Sunday supplement magazine.

I also wanted to use window light, and get a plain, cool-coloured backdrop – and the best place for that turned out to be my bathroom, with me sat on the toilet next to the frosted glass. Thank god for the edges of the frame, eh?

Setting up a Fujifilm X-T4 on a tripod, and fitting it with a 56mm f/1.2 lens, I decided to shoot wide open and see how well the camera’s Eye AF would keep me in focus. The minimum focus distance of that lens is about 70cm, so I made sure to keep a little outside of that.

Activating the self-timer, so I could get in position, I took plenty of shots. The camera’s screen really helped me out – it flips around to the front, so it let me move around checking my ‘reflection’ until I was in the right part of the frame. The depth-of-field was minuscule, but the focusing worked well, and I thought the results were pretty successful. My mum liked them, anyway… 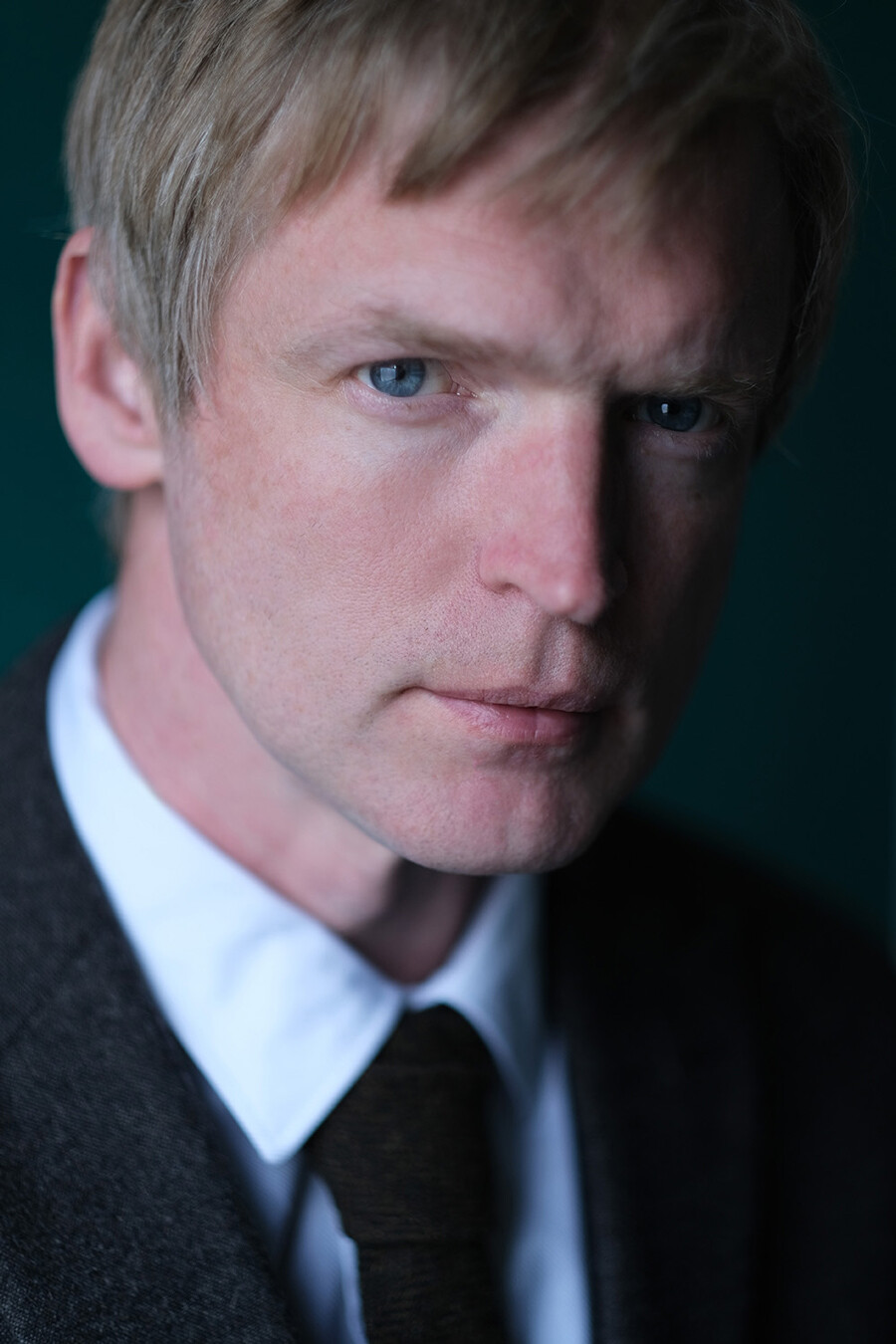 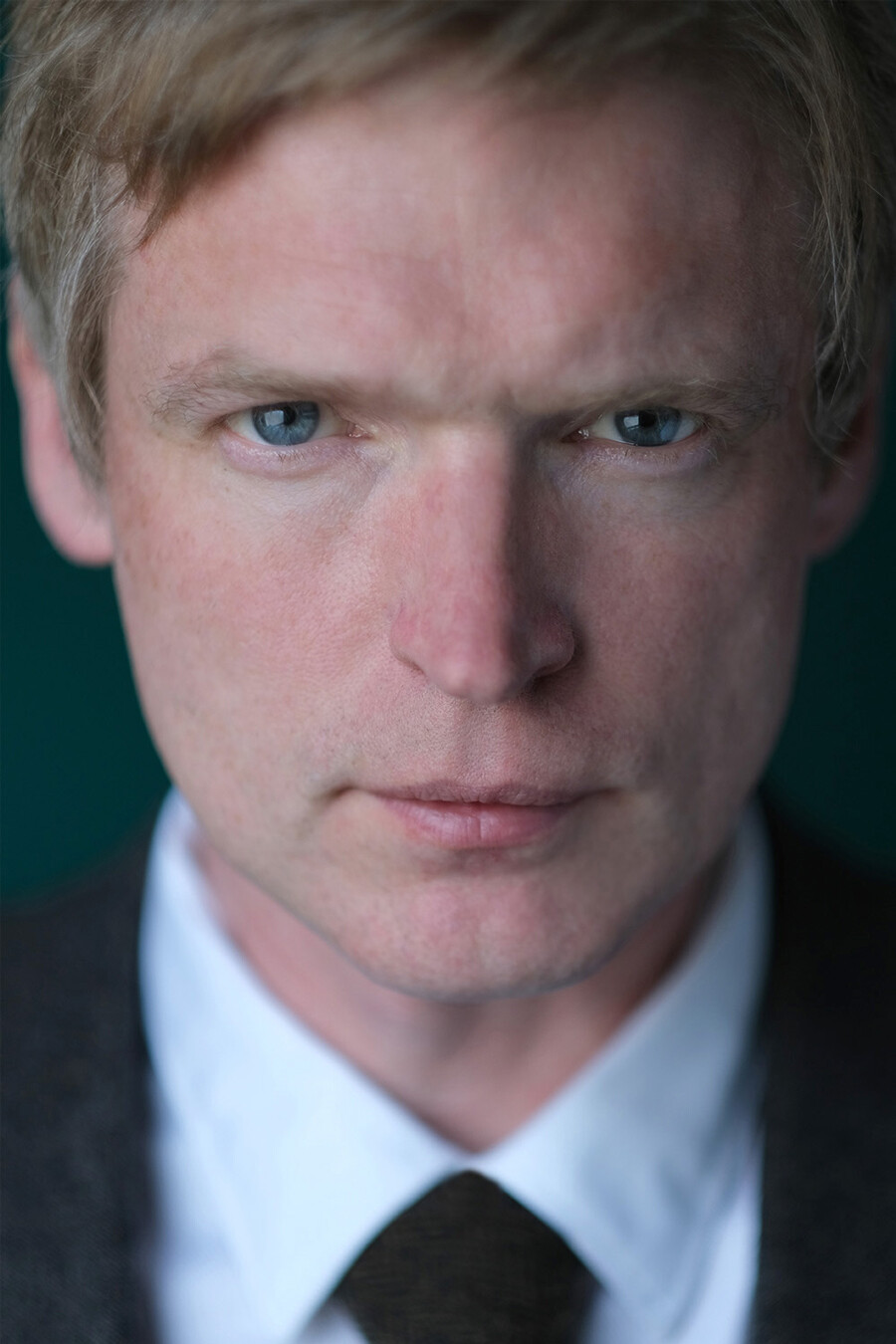 I had two self-portrait ideas, one dark and moody, the other bright and happy.

My dark one was shot with a preview sample of a new light, the Nanlite Pavotube II 6C. It is a 10in long LED light powered by a rechargeable battery and it’s featured in a test in issue PN77.

It has a decent output so I thought I’d try sidelighting myself to start with but the shots weren’t as dramatic as I wanted, so I fixed the light onto a stand and had it pointing down at me.

I fixed a Nikon D850 with a 105mm macro lens on a tripod. I focused manually and just placed a tripod where I intended to stand and focused on that. The camera has a multi-shot self-timer so I set four shots with a 1sec gap between shots, which gave me time to adjust pose. I wore a black top and tried looking at the camera, to each side and up. Looking up was my favourite and I processed it through Nik Silver Efex Pro 2.

I went outside for my bright shot. I was going to cut the lawn the night before, but I couldn’t get the mower started which turned out to be fortuitous. I noticed this patch of daisies and there was sort of an indent where I thought I could place myself for a self portrait.

I used a Manfrotto Befree GT which has a centre column that can be positioned at right angles and fixed my Nikon D850 and 24-120mm zoom to it, facing downwards. I had some extra weight to the back leg to prevent the camera toppling over.

I placed a bottle where I was going to pose myself and used that to focus on. I set a small aperture of f/14 for good depth-of-field too. This time on the self-timer I set eight shots with a two second gap between each. That gave me plenty of time to repose.

To keep in with the picture’s mood I donned a colourful shirt and found some sunglasses I’d used previously for a fancy dress party. My final shot was processed in Nik’s Color Efex to give an almost lith print feel. 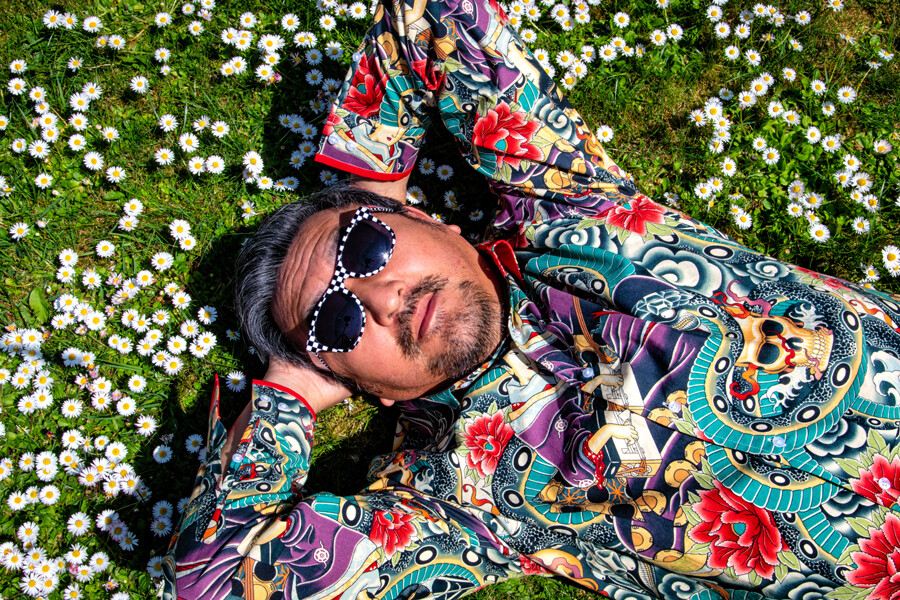 I wanted to do something different from my self-portrait. Something that recognised the time we’ve been going through of late and in some way drew on that to influence my approach. Doing some simple research, I came across the work of Fran Monks, a professional portrait photographer who was using video calling during lockdown first to direct subjects and then take a picture using their computer’s built in camera. You can see some of the excellent results here.

Taking this as inspiration, I realised that one thing I have been doing every day is sitting at my computer, so I decided to capture a self portrait every day using the Photo Booth app on my Mac. The files are relatively low resolution, but that didn’t bother me – in fact, I felt it enhanced the effect. My initial plan, with the resulting files, was to create a collage of some kind, but then I remembered the work of Jason Shulman who shoots entire movies in one long exposure to create impressionistic images. I think they’re stunning and decided to recreate my own poor man’s version.

This is the result, which I created using StarStax software and then added the grungy border in Photoshop. I remain unconvinced about the border, which is why I’ve created two versions – one with, one without. I appreciate it won’t be everyone’s cup of tea, but in the years to come it will always remind me of these most unusual of times. 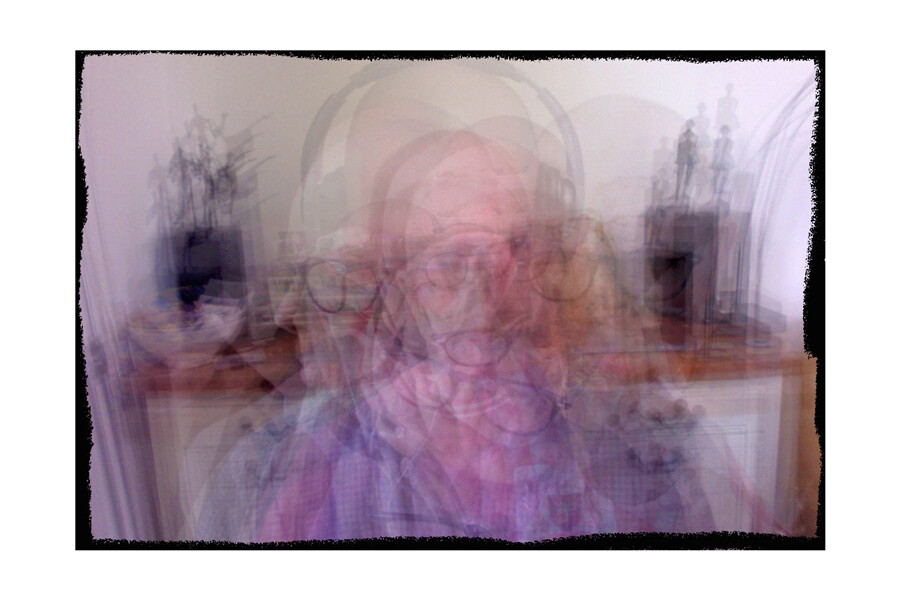 Be sure to tune in to the podcast for more content like this, including shooting ideas, inspiration and photographic advice from your resident experts.

Get in touch with your questions, stories or suggestions by emailing podcast@photographynews.co.uk 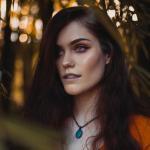 Capturing the sun at dusk can make for some of the most difficult conditions...

Tilt shift photography can be used to give your photos a miniaturised look, and...

If you’re keen on street photography, it’s important to know your legal rights and...

Sometimes the best things in photography are the simplest, like a beautiful portrait of...
Read Here