“My earliest memory of photography is having a small Hanimex 110 film camera as a child, but I didn’t use it a lot because getting film developed wasn’t cheap and pocket money was scarce! It wasn’t until October 2007 that I realised how much pleasure I took from taking and sharing photographs, but I soon made up for lost time. By the end of that year I had dived in with both feet, buying a Nikon D300 DSLR, Nikkor 18-200mm, Nikkor ‘nifty fifty’ 50mm and a Sigma 10-20mm.

“My lens collection continued to grow and although I loved them all, it was the Sigma 10-20mm wide-angle lens that really opened up a new world to me. I had never seen such a wide field of view. I’d seen images in magazines and online, but hadn’t realised what really went into making them.

“Over time I’ve refined my shooting technique, vision and processing style, as well as focused more on the kind of photography I love most: landscapes. My current gear is based around a Nikon D850 with a variety of lenses, covering everything from fisheye to 500mm telephoto. I still love working at the wider end of the focal length range, though. 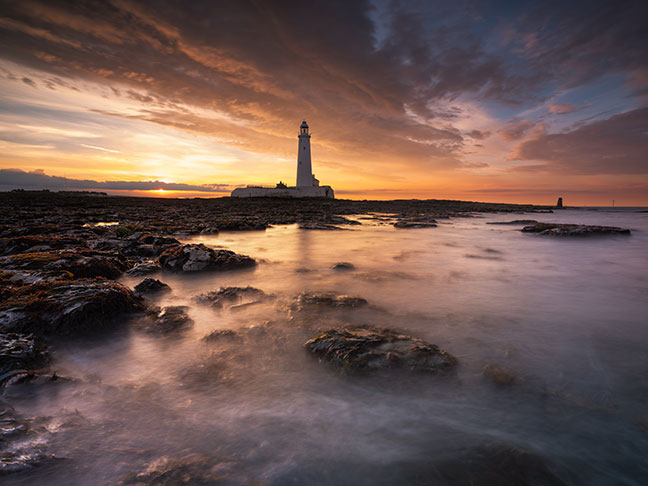 “For a while now I’ve been curious about what larger-than-35mm-format photography has to offer. A lot of the great landscape photographers over the years have used large format film cameras, but having never really used and developed film, I wasn’t sure if that was something I wanted to get into Medium format digital technology, however, has been on my radar more and more as it becomes smaller and more affordable.

“The Nikon D850 is often compared to medium format in articles I have read, but I had never done any comparison myself, so the reviews always had to be taken with a large pinch of salt. I was thrilled when I found out I would be able to see the real differences with my own eyes. I chose the Fujifilm GFX 50R because of its portable design, which is convenient for travelling or hiking, plus its affordable price point. 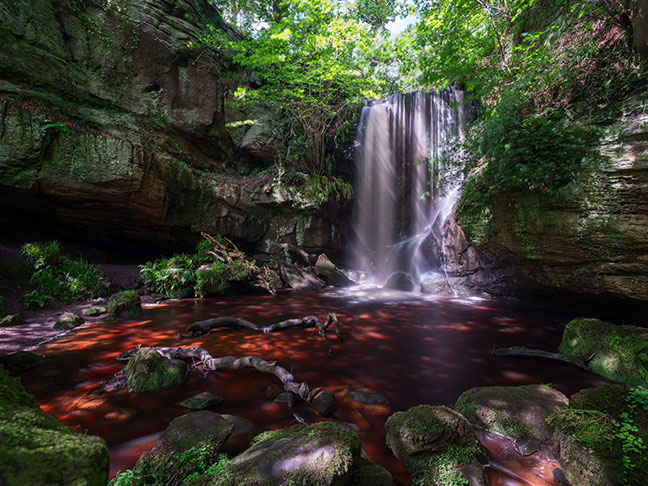 “In order to properly test the camera’s capabilities, I wanted to shoot places I’d shot before, at focal lengths I knew I could work with. I therefore chose the Fujinon GF 23mm f/4 R LM WR and GF 45mm f/2.8 R WR lenses, because they were the widest available and gave me fields of view I was familiar with in 35mm equivalent terms (that is, 18mm and 36mm, respectively).

“Upon first receiving the GFX 50R, I found its size and weight to be comfortable in the hand and well balanced, plus the quality of the EVF was excellent – clear and detailed. Being able to set up the camera to use the viewfinder, or the back screen or both is a nice feature. It shows just how well-thought-out and mature the functionality and menu systems from Fujifilm are. All the buttons and dials felt well placed, and being able to set the aperture by turning a ring on the lens was intuitive when working on a tripod. Plus, the ability to change the ring to controlling aperture via a command dial on the camera body was useful for shooting handheld.

“For the first outing, I took the GFX 50R to one of my all-time favourite locations, St Mary’s Lighthouse in Whitley Bay. When I arrived I was a little nervous, because I could see a great sunset shaping up and I was apprehensive about not being able to capture some of the fantastic light starting to show with a new camera I was unfamiliar with. 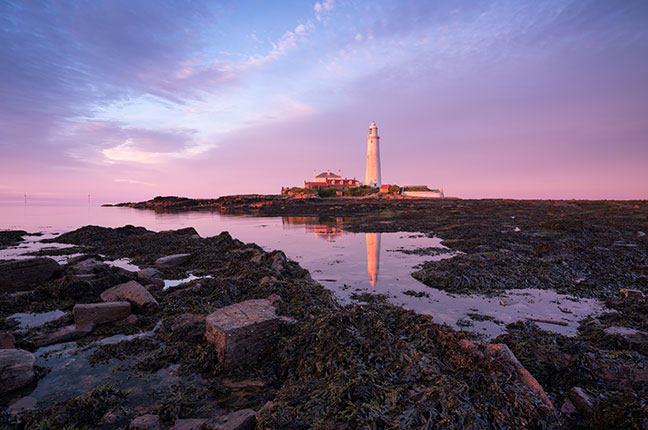 “I started firing shots and I remember thinking, ‘I hope this camera is getting this!’ When I got home and downloaded the Raw files, it became clear that I need not have worried – the shots were better than I had hoped. My initial impression was mild shock at how sharp the images were across the full frame. The camera hadn’t missed a beat and I’d captured some of the best light I’ve ever seen at St Mary’s. Such success on my first outing filled me with confidence in the GFX 50R, and it only grew the more I used it.

“I love photographing water generally, not just at the coast, so I also took the camera to Roughting Linn and Hindhope Linn waterfalls, both in Northumberland.

“The dappled light at Roughting Linn was challenging, but the dynamic range of the GFX 50R was up to the task and it was no problem at all processing the Raw files to produce images I was pleased with. Hindhope Linn was looking greener and more overgrown than I’ve seen it for a while. Both locations offer numerous compositions and can push a camera sensor’s ability to capture the full dynamic range.

“Taking the Fujifilm kit to such familiar places meant I knew I would definitely get some shots, so it allowed me to concentrate on trying out the equipment. As I explored the camera, I discovered more and more useful features. Being mirrorless meant there was no need to cover the viewfinder to prevent light leak when taking an exposure. I habitually flip down the viewfinder blind on my D850 and not having to do that was nice. The option to switch to an electronic shutter was also excellent, reducing vibrations to ensure the sharpest possible images.

“With regard to controls, the camera was very easy to use. Even though the metering of the GFX 50R was excellent and I was immediately confident it was capturing the scenes I was seeing, in scenes with such contrasting light, it was reassuring that the auto exposure bracketing feature was so easy to set up and put into action. The focus peaking feature was also really helpful, plus the customisable function buttons were extremely flexible. I set one to bring up the electronic level when pressed – super handy when working on a tripod. “In terms of image quality, I found the GFX 50R and lenses to be incredibly sharp – from edge to edge right into the corners. I was shooting into the sun at sunsets at St Mary’s Lighthouse and there was no lens flare at all, and no noticeable chromatic aberration.

“The other big difference I found was the colours being captured in the Raw files. I shot using auto white balance like I normally do on my D850 – but the temperature and tint numbers I was seeing in post were like nothing I’d seen before.

“The transition of tones was beautifully smooth, from blues to purples to oranges to yellows in a sunset – all perfectly captured. The shades and saturation of greens around the waterfalls were also fantastic, so natural, vibrant and true to life.

“I would definitely recommend trying out Fujifilm kit. Reading product reviews is interesting, but there is no substitute for giving equipment a proper field test yourself. When I applied to try the GFX 50R I wasn’t convinced there would be a lot of difference between it and my current Nikon D850 – but I was wrong. I think the image quality of my Nikon kit is excellent, but for landscapes I found the Fujifilm GFX system to be sublime. The value for money in terms of image quality of the GFX system is extremely impressive and it’s something I’ll be very seriously thinking about in the future.”

The Fujifilm GFX 50R is a mirrorless digital camera equipped with a larger-format 51.4-megapixel sensor measuring 43.8×32.9mm. This camera’s compact rangefinder-style design and weather-resistant construction makes it the ideal tool for photographers on the move who value high resolution. 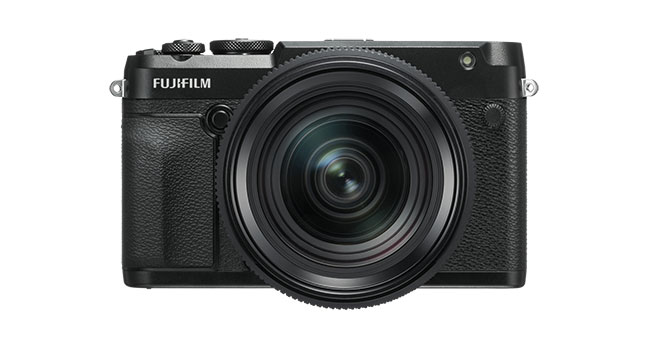 This super wide-angle lens is perfect for landscape and architectural photography. It offers an equivalent focal length of 18mm in 35mm format, minimum distortion for such a wide angle of view, plus dust and weather resistance. 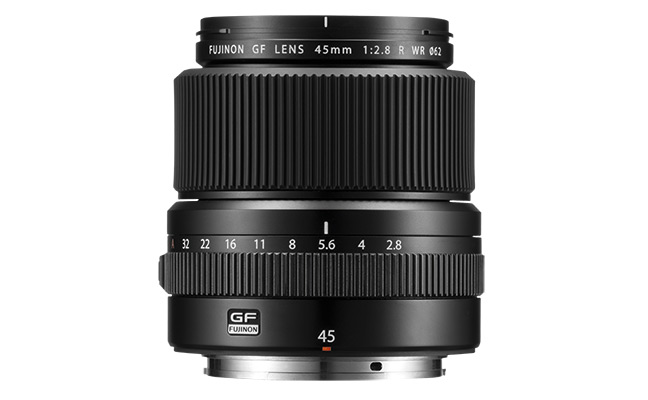 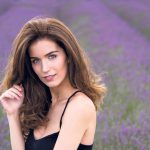 Make the Switch with Fujifilm

Ever thought about switching to Fujifilm? Now is your chance to try...

John Atherton’s photography really took off when he became fascinated with the challenge of...

Brian Houghton made the big decision to swap his much-loved DSLR outfit to a...
Read Here 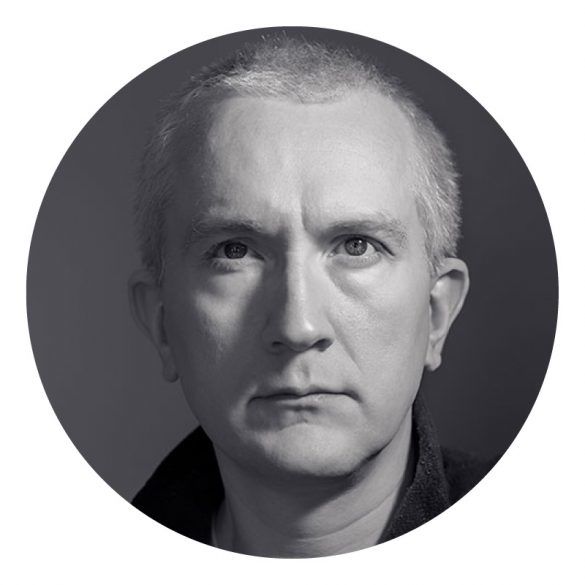 For the Best Roller/Hard Case award, the @thinkTANKphoto Essentials Convertible Rolling Backpack is top of the list… https://t.co/RZjdSvjKgj

Winner of the award for Best Memory Card, the @lexarmemory Professional 2000x SDHC/SDXC UHS-II is a real all-rounde… https://t.co/xdfIQwaZ7Z

When it comes to 2020’s Best Filter System, our Editor’s Choice is @kasefiltersuk Wolverine Magnetic Circular. “For… https://t.co/SVn0l9X0I6

The @Datacolor SpyderX Elite scoops up the award for Best Colour Management Solution. It’s powerful and simple to u… https://t.co/moL293N55m