From full-frame DSLR to the Fujifilm GFX 50R, David McKibbin shares his experience after shooting sport and architecture with the 50-megapixel master.

“I’ve owned a camera since my late teens and my first SLR was a very reliable Fujica. After many hours learning to process black & white film in the darkroom (my bathroom), I’ll never forget one of my early photos. Although it had an average composition and acceptable exposure, I had, through luck, captured a powerful emotion in the subject’s eyes. That was me hooked.

“Apart from holiday and family snaps, work diverted me away from the hobby for quite a long time. Then, about ten years ago, I was asked to help shoot a wedding and the passion was rekindled, and my fate sealed – this time for good. Three years after that, I started to reduce the time spent on my consultancy company and built up a small photography business, which keeps me fully occupied with a very rewarding mix of commissions, supporting several charities, training photographers and, importantly, personal projects.

“My photography usually incorporates people, emotions or form. It’s hard to compartmentalise, but my time is spread between three categories: events (including weddings, family gatherings, the performing arts, motorsport and corporate occasions), travel and architecture (often abstract), and last, but certainly not least, portraiture and street photography. That variation in events is great, for which I use full-frame Nikon DSLRs with several lenses, adding off-camera speedlights or studio strobes whenever required.

“DSLR systems are very capable, well-rounded and will be available for some time to come, but mirrorless does offer several compelling advantages and I’m sure it’s the future. I’ll jump in that direction soon, but I’m not investing before some serious consideration. This opportunity to shoot with the GFX 50R and two GF lenses was very timely.

“The main criteria for any replacement system are, of course, fit for my own purposes but, with so much on the market, where to start? My first consideration is sensor size and, having already tried three brands covering Micro Four Thirds, APS-C and full-frame mirrorless cameras, testing a high-end medium format camera with some exceptional glass has completed that task, covering all the relevant options.

“Of the mirrorless cameras I’ve previously handled, I was happiest with the Fujifilm X-T3, so the obvious test drive of a digital medium format body was a Fujifilm GFX. Of the three cameras in that range, 50 megapixels fits my needs better than 100 megapixels, and the 50R suits my budget better than the 50S, so that was a straightforward decision.

“Conversely, homing in on just two lenses proved trickier. My current comfort zone is my three f/2.8 zooms (14-24mm, 24-70mm and 70-200mm) plus a couple of fast primes, but this project was different and I eventually opted for the wide-angle GF23mmF4 R LM WR prime alongside the GF100-200mm F5.6 R LM OIS WR zoom. I expected to spend most of the time with the zoom lens, but the 18mm equivalent prime was such a delight it was on the camera most of the time.

“I decided to shoot a series of cityscapes, architecture and some quite special machinery and, rather than random images, I tested the GFX 50R in deliberately challenging lighting conditions. The city scenes and architecture were taken in my home city of Winchester and in London, shot in a mix of daytime, nighttime, indoor and outdoor conditions at locations where I’ve previously shot successful images.

“The first thing I noticed about the GF23mm lens was the apparent lack of any lens distortion and, once the images were checked on a high-resolution monitor, that was fully confirmed. The 0.79x crop factor didn’t take long to sink in and although this camera/lens combination isn’t one for shallow depth-of-field shots, I did manage one! I feel the camera is built for high fidelity rather than high speed, and the bright viewfinder really helped compositions, particularly with my personal predilection for symmetry.

“That deliberate shooting routine was complemented by the live viewfinder histogram, allowing simple dialling-in compensation for ‘right first time’ exposure. I found this a big benefit over my usual DSLR technique of estimating compensation, shooting, checking, refining and reshooting.

“Other than for deliberate long exposures, I rarely use a tripod and am happy shooting handheld, dialling up the ISO as necessary. Having read that good technique is more important for high pixel count sensors, I was a little wary in low-light conditions, but after pixel peeping my initial captures, this wasn’t a problem. In fact, quite the opposite. The exceptional level of sharp detail was a revelation and a quality that I suspect landscape and high-end portrait photographers will fall in love with.

“During a break in a photography commission at Silverstone Motor Circuit, I spent some time around the pits on a track day and, among other things, used this to test the dynamic range. Shooting in a dimly lit workshop with a bright daylight background is a hard test for any camera. By allowing the brightest highlights to just blow out at capture, during post-processing I was able to recover both those and also the deepest shadows with minimal noise in those darker areas. If that wasn’t test enough, I also tried shooting towards daylight in a tunnel so dark I couldn’t see anything of the walls while shooting, so was really impressed with how much shadow detail could be lifted from the files with so little noise.

“Although I attempted shooting high-speed track action including panning shots, my close-quarters viewpoint (and, more to the point, my poor panning skills) didn’t produce anything of note. Those excuses aside, I don’t sense that the GFX is a camera aimed specifically at action sport but, as mentioned earlier, one more suited to photography where detail, image quality and colour fidelity come into their own, and that is where the Fujifilm excelled.

“The GF100-200mm zoom was put to the test at another track day, this time at a Porsche Club meeting at the Goodwood circuit with about 140 vintage cars on display and many thrashing round the circuit. I tend towards vivid colour and deliberate perspective in my shots, so this was a real opportunity to have some fun.

“Trying to summarise, the build of the camera and lenses is as good or better than anything I’ve used, with smooth, positive controls and a reassuring sense of quality. Although a solid piece of kit and certainly not compact, it didn’t feel as bulky or as heavy as I had expected.

“The rangefinder-style position of the viewfinder to one side soon became comfortable and the battery life was better than expected, but I would really have liked more time to properly understand all the options, settings and capabilities to get even more out of the camera. Given more time, I would have liked to try street photography and put it through its paces on location, and in the studio for portraiture with more appropriate lenses. Although I shot Raw with JPEG backups, I haven’t properly compared the in-camera conversions and film simulations with my Raw workflow, but that should be interesting.

“I can now start making plans for my next upgrade, but am still to decide on one system or two – although I suspect two. The first, a light and compact yet capable set-up for travel, street and family photography. The second, more for commercial use, where ultimate quality is important and portability less of an issue.

“We would all be hard-pressed to buy a bad camera these days and there are many respectable and useful reviews available in the press and online. However, my advice to anyone is to do your desktop research, but the only way to really find out what’s right for you is hands-on experience. And therein lies the Fujifilm advantage!”

The Fujifilm GFX 50R features a 51.4-megapixel 43.8×32.9mm CMOS sensor and delivers outstanding image quality with advanced colour reproduction. It has a rangefinder-style design that’s weather resistant, as well as the world’s first focal-plane shutter for a camera of its kind.

Suited for architecture or landscapes thanks to its 35mm equivalent focal length of 18mm, this super-wide prime lens keeps distortion to a minimum and features a fast and quiet AF.

The first telephoto zoom lens created for the GFX system offers high-resolution performance and rich bokeh. Ideal for shooting wildlife and sport, it features an optical image stabiliser, is weather resistant and has a 35mm equivalent focal range of 79-158mm. 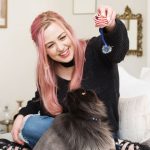 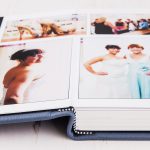 Brian Houghton made the big decision to swap his much-loved DSLR outfit to a...

Landscape and wedding photographer John Hanson has tried many camera models – but how... 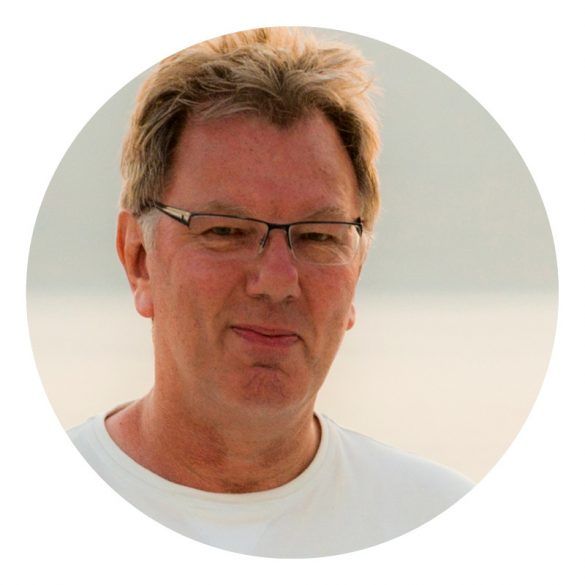