Hannah Couzens tells us how working with Profoto’s B10 lets her shoot powerful portraits without compromise, pretty much anywhere

“They’re just so practical,” beams Hannah Couzens when we ask about her experience of shooting with Profoto’s B10 location lights. “They’re really compact, really well designed and just don’t let you down at all. I actually think there was a huge gap in the market for a light like this – maybe a gap we didn’t even know was there.”

For photographers like Hannah, it seems the B10 is proving a perfect blend of portability, power and versatility. And combined with the slimline and lightweight OCF range of modifiers, it’s opening creative possibilities for lighting on location. 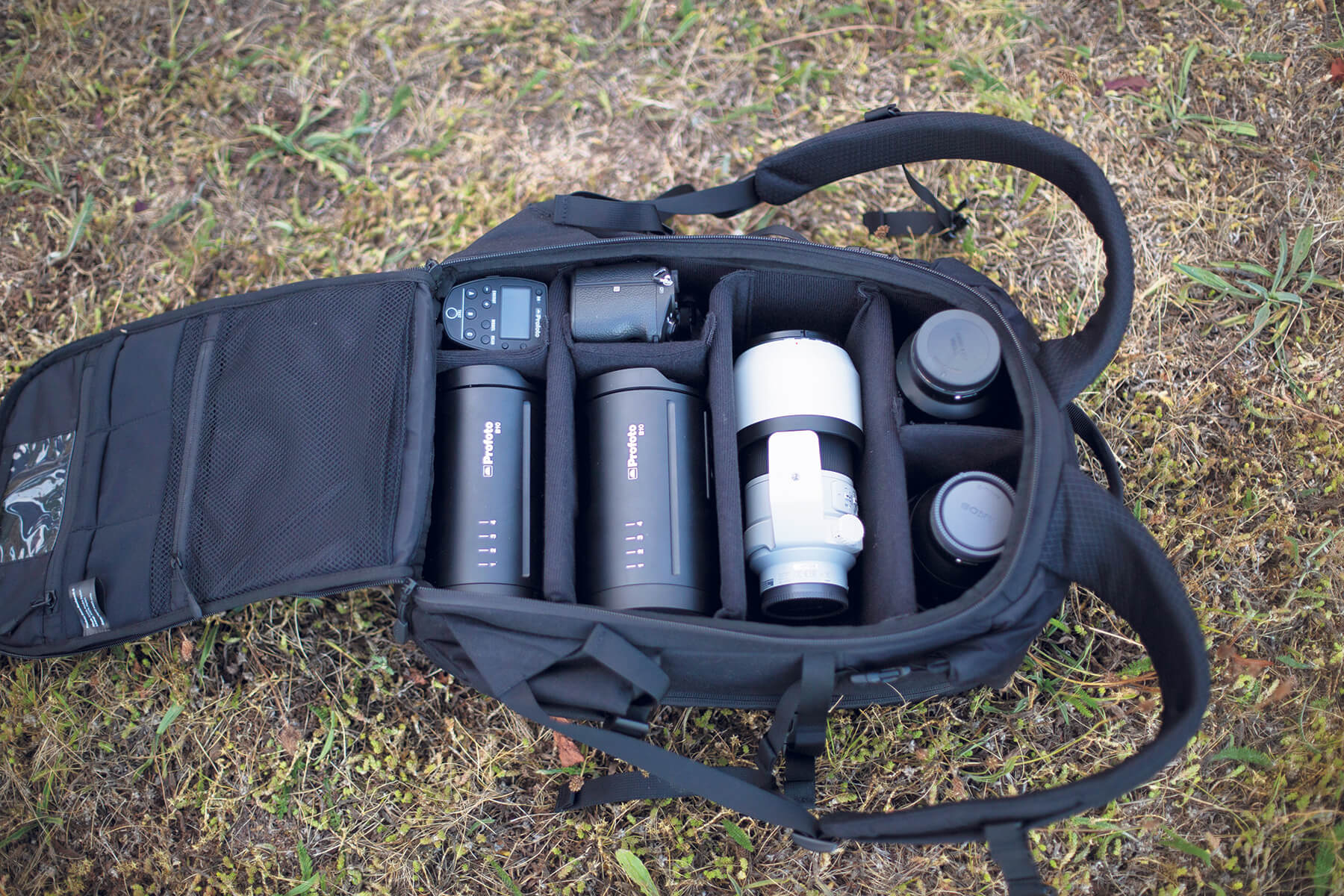 “The size of them is one of their biggest strengths,” says Hannah. “With lights like this, I’m able to fit absolutely everything into my backpack for a shoot – cameras, lenses and lights, all into the same bag. The B10 is almost the same size as an f/2.8 standard zoom. So if I know I need two lights, I just swap out a lens. And the low weight also means that if I’m working with an assistant, they can just hold the light for me.”

“If you think about how things used to be,” she says, “and how many bags you’d need to carry about because of the size of location lights, or their battery packs, and accessories, the B10s seem even more incredible. Combined with the small size and weight of the Profoto OCF modifier system it means I can travel on the Tube in London, and not necessarily have to drive to location shoots, or trek across fields and fences to find the best locations, as in the examples here. With the B10s, I will often use a magnum reflector, silver and white beauty dishes, 2×3 softboxes and the 2ft Softbox Octa, and it’s a joy to travel with.” 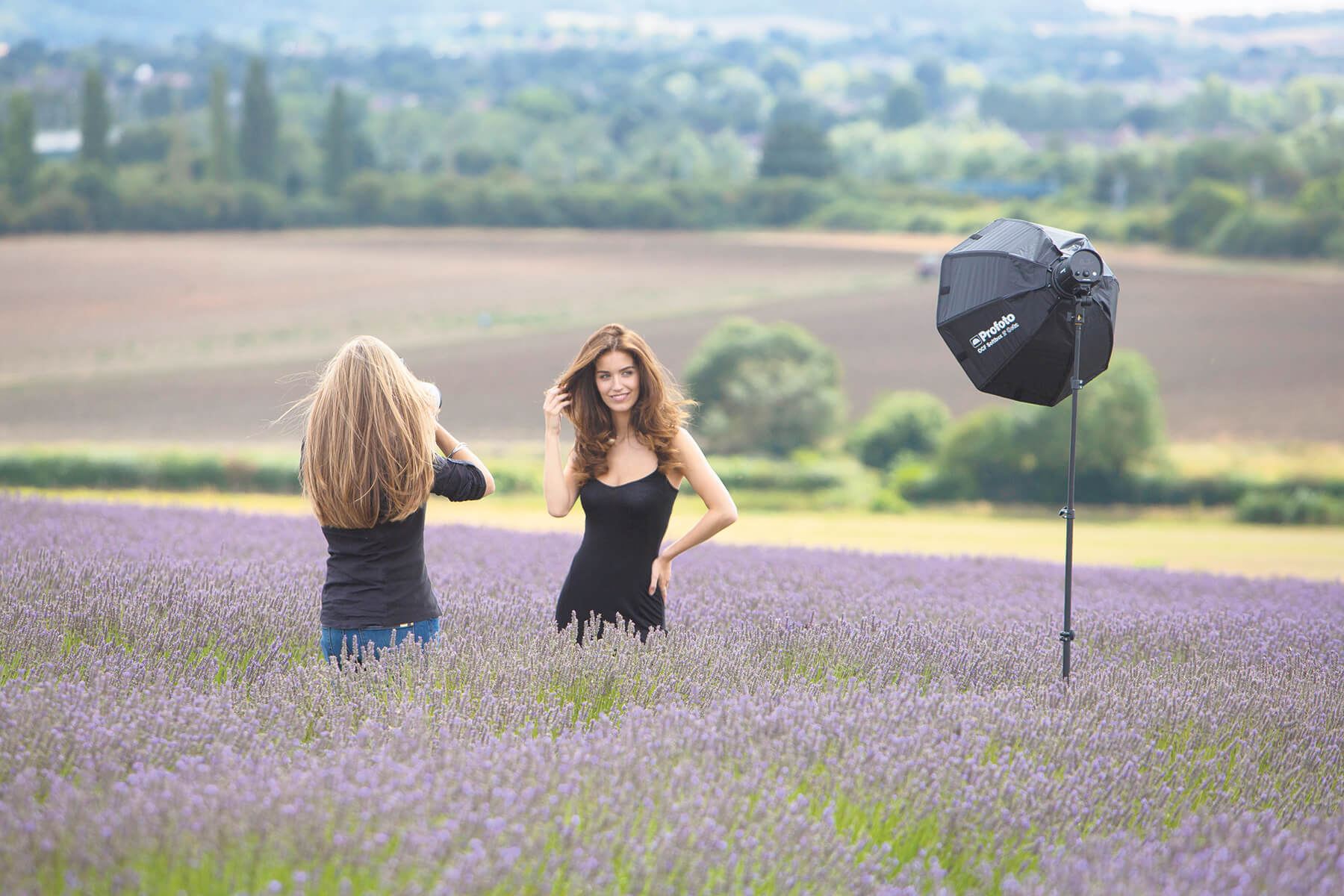 One of the drawbacks of smaller lights can be lower energy, but for Hannah this hasn’t been the case with the Profoto B10, which has the equivalent output of up to five speedlights. “Despite its portability, the B10 still chucks out the power when you need it,” she says, “but knowing it was a 250Ws head, I did think, ‘am I going to be able to overpower the sun here?’ when I started. That’s the beauty of also using the OCF Magnum, you’ve got two extra stops of light due to its focusing power, so you’re turning a 250Ws into a 1000Ws head, with that to help you out. And of course if you want more power in a similarly small package, there’s now the B10 Plus.”

Working with natural light, as with the examples here, Hannah has also come to rely on the B10’s HSS mode, allowing her to shoot at faster shutter speeds. “I shoot a lot of wide-aperture portraits,” she says, “so I love that it can slip into HSS whenever I need it. I just can’t imagine going back to using something without it. That’s the thing with the B10s. I can shoot creatively without having to think ‘can I do this?’. There are
no limitations.”

Hannah Couzens has run her high street portrait studio for the past 12 years. Her work ranges from celebrities, actors and musicians to corporate headshots and family portraits. 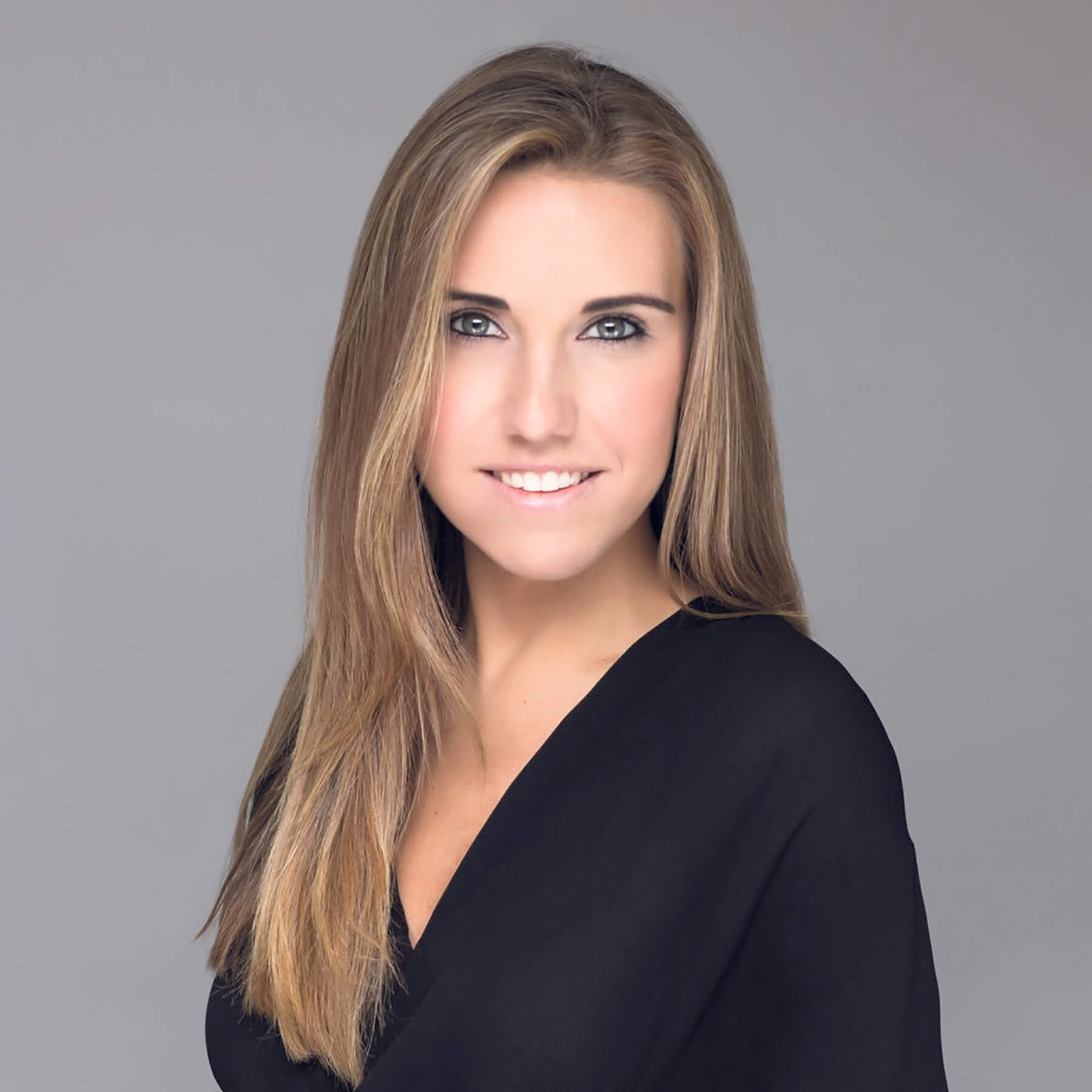 After living and working as a photographer in New Zealand photographing everything from the All Blacks to real estate, she returned home and opened her first studio aged just 22. Hannah has gone on to win four business awards and is still the youngest candidate ever to achieve a licentiateship (aged 19) and associateship (aged 28) with the BIPP. Hannah uses Profoto D1s, B1s, B2s and B10s with just about every modifier you can think of! Light shaping is her passion.

Bringing out the purple 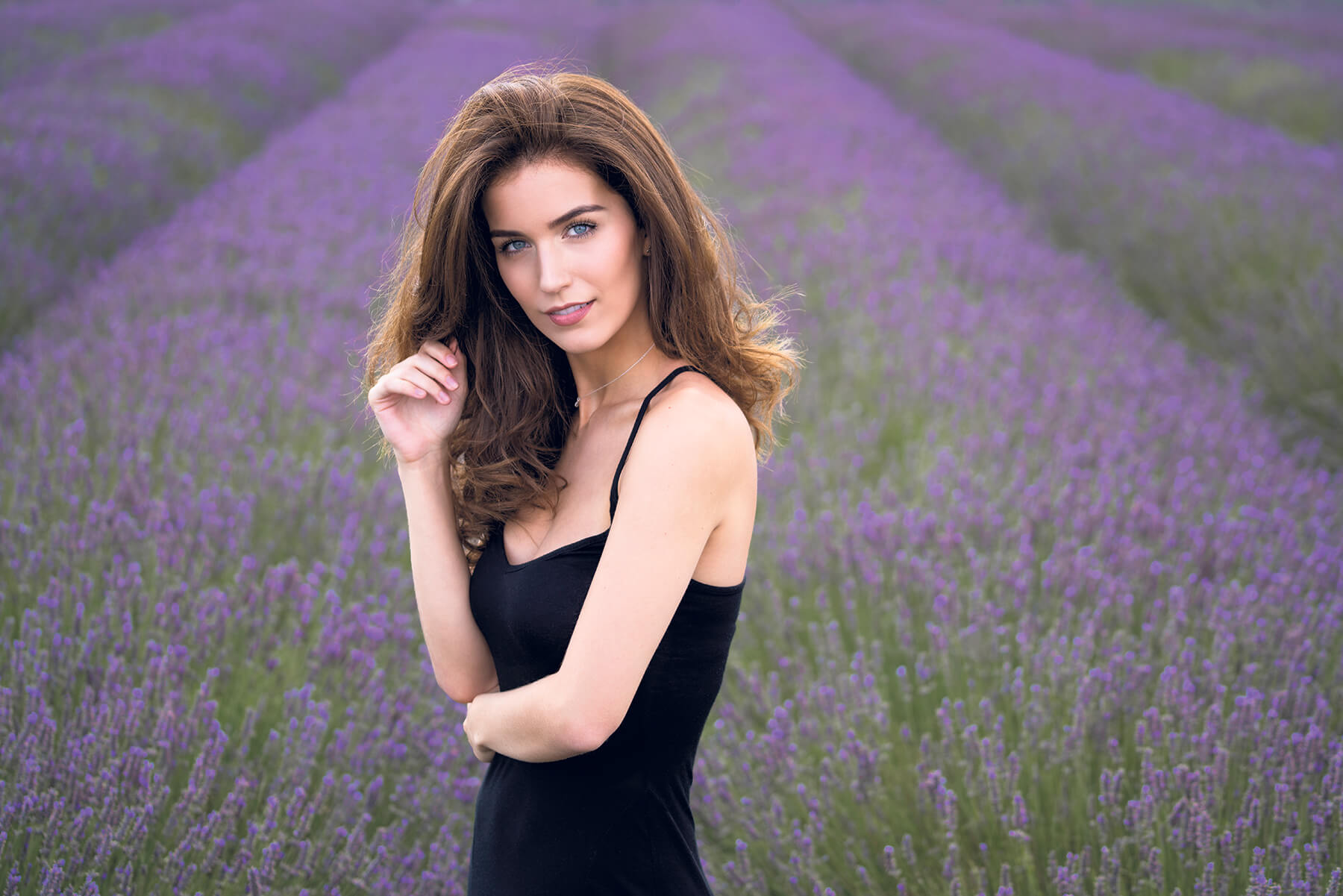 For this shot in lavender fields a mix of sun and cloud provided Hannah with some uncertainty, but also the opportunity to creatively problem solve with the B10. “We were lucky to have a sunny day with scattered clouds, and I was actually waiting for cloud cover before shooting in the lavender as the colour was so much more vivid in the shade,” says Hannah. “I didn’t want the light to spill everywhere and especially not to light up the lavender, for that reason. So I chose a focused light shaper, the 2ft OCF Softbox Octa, which also has a shape that I love. It’s circular, so keeps natural locations looking that way. I prefer to use circle light shapers when shooting outside to keep things looking a little more natural. In the end, using one B10 with the OCF Octa I was able to add a little bit of fill flash on to Georgia’s face and put a catch light in her eye.”

A trip into the barley 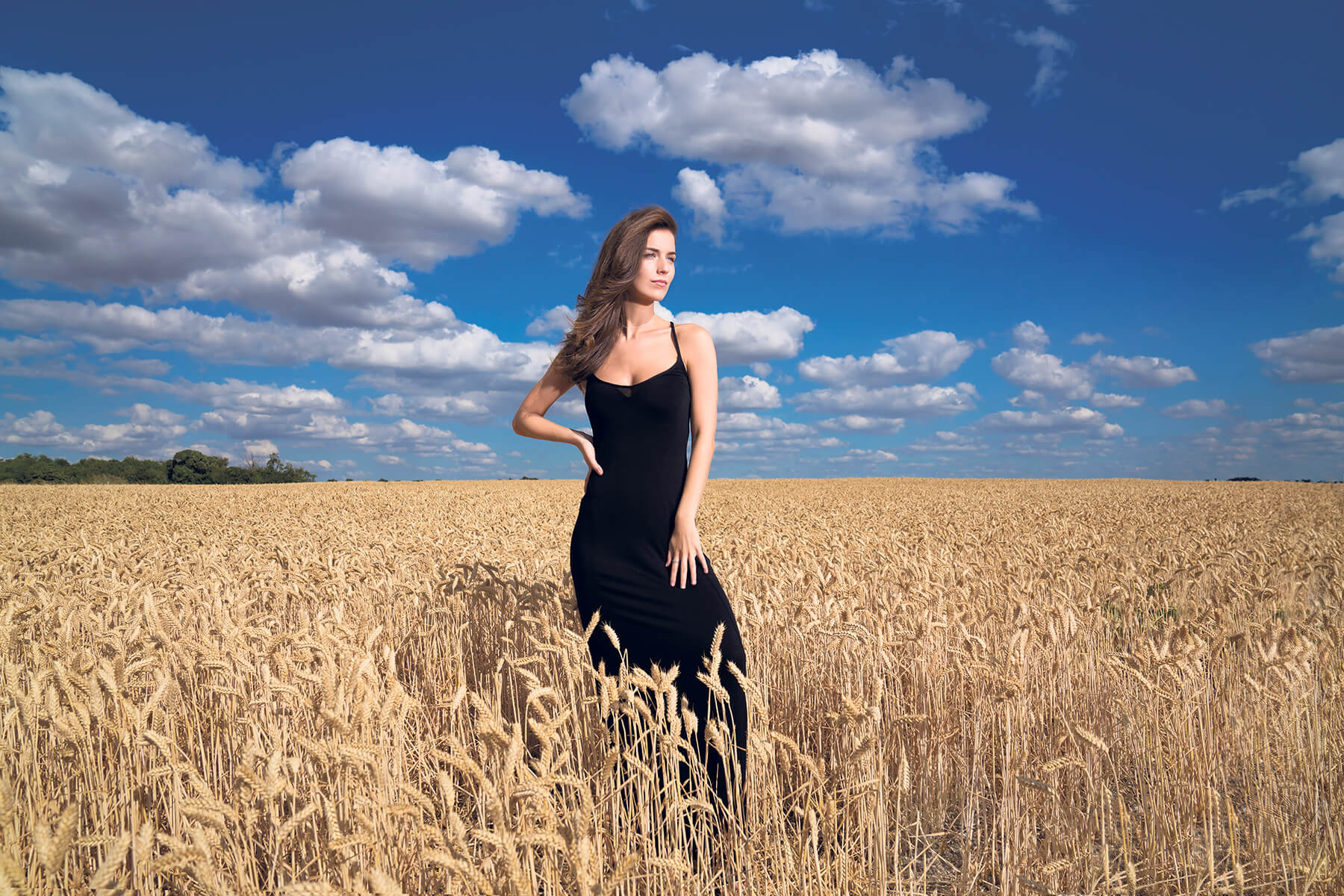 The sun decided to make an appearance during this set-up, so Hannah brought out the OCF Magnum to balance the bright and overhead ambient light. “I loved the clouds and blue sky,” says Hannah. “The sun was intense but this enhanced the barley. The downside is that due to the time of day and the overhead sun, there were some hard shadows forming under Georgia’s eyes and nose. I wanted to lift the shadows but keep the light quality the same on Georgia so I chose the OCF Magnum, with the B10 placed in the same direction as the sun, to lift the shadows but not to lose that hard sunlight feel.” 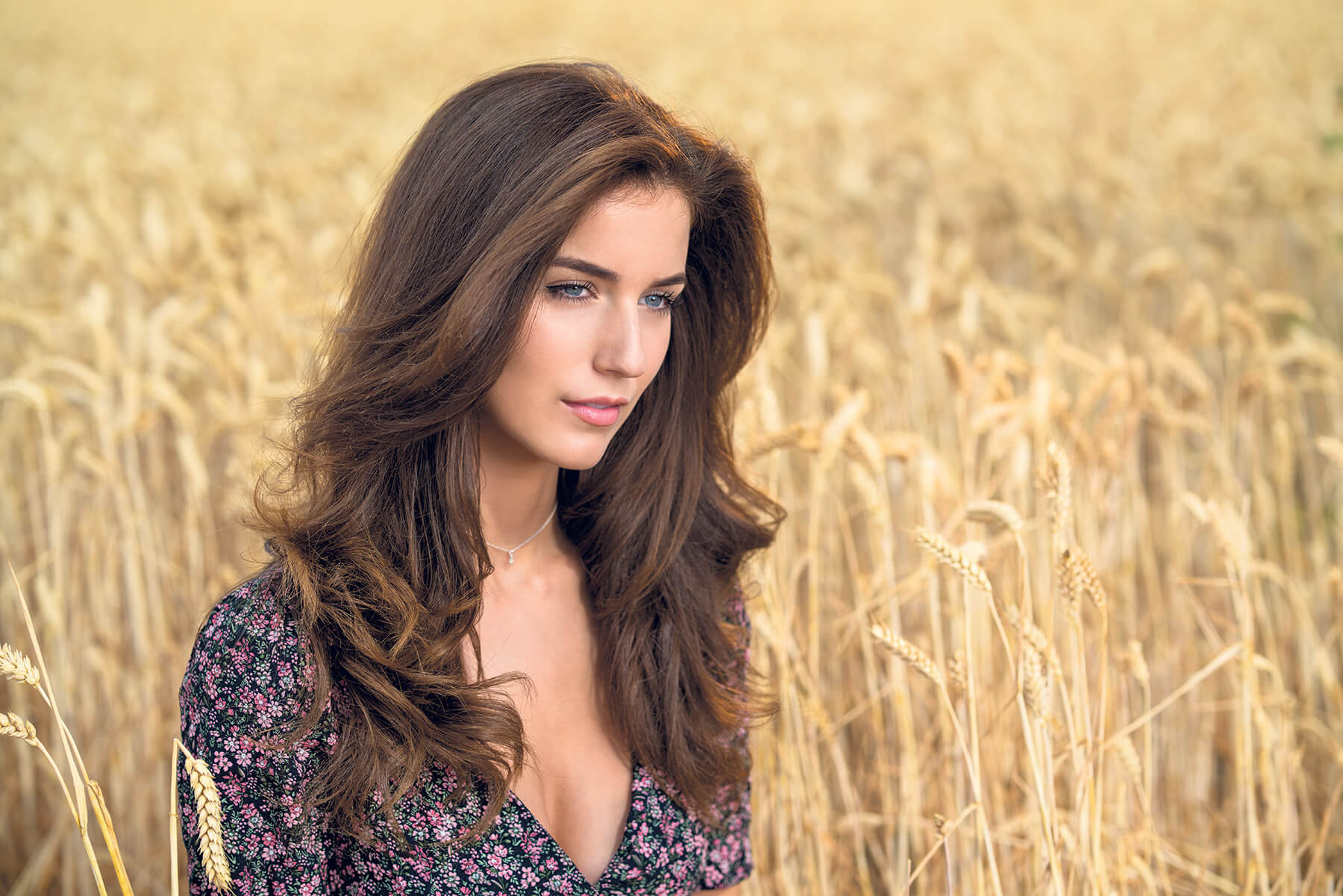 In another set-up in the field, the cloud cover created quite a cold-looking image, so Hannah added a little warmth by adding a ½ CTO gel to one B10 to create a subtle hair light. “The other B10 with a 2ft OCF Octa was my key light to pop a catch light and some fill on to Georgia’s face so I could keep the blue sky behind without her becoming underexposed.”

Just a little larger than the A1, but still no bigger than many camera lenses, the B10 is a lightweight battery powered monolight that opens up all sorts of possibilities on location. For instance its small size and low weight means you can more easily use multiple lights for a more complex arrangement. 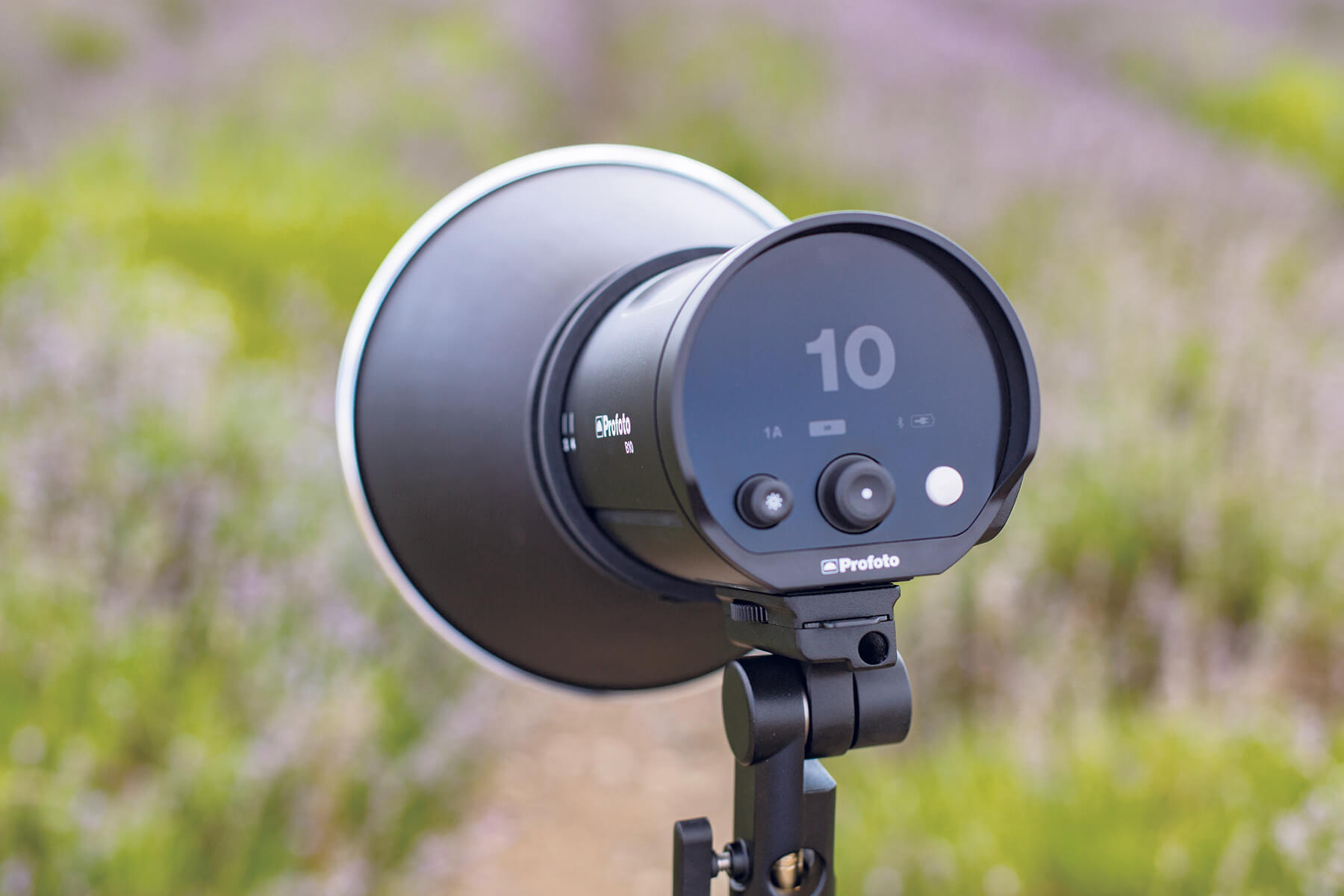 With a maximum output of 250Ws, it has five times the power of the average speedlight, and light is delivered in a versatile fashion through 10 stops of control. But that’s not all. The B10 also packs in a powerful and highly controllable modelling light, allowing you to set the brightness and colour, so it’s perfect for shooting movies or in adding continuous light to a scene.

Even more control is provided by the B10’s range of light shapers, as it’s compatible with over 120 Profoto modifiers including the full OCF range of softboxes, umbrellas, beauty dishes and more. With a clean and simple interface, the B10 is easy to use even for beginners and highly versatile, too.

Being compatible with all Profoto’s AirTTL remotes, as well as the A1 as a trigger, it can even be controlled using the Profoto app, where you can set everything from the mode to the power. 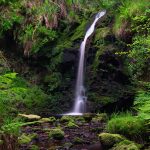 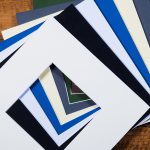 BriAnne Wills talks about her book, Girls and Their Cats and tells us more...

Following Joseph Ford's Invisible Jumpers book, we talked to him about his unique work...
Read Here