For every photographer, knowing how and when to use these five composition rules is absolutely essential.

A great many things go into making a fantastic photograph and in truth, there’s simply no secret. That’s to say there’s no one specific camera setting, no particular angle or composition, no magic formula that will assure the perfect shot.

With that said, knowing the essentials like these composition rules will help you produce better shots more consistently than you would without them, and the importance of that can’t be overstated.

We can’t tell you that every pro responsible for your favourite photos followed one of these rules while capturing those shots. What we can tell you is that those pros will have known these rules inside and out and made an informed decision in the moment. Ultimately, it’s all about having these tools at your disposal, whether you use them every time or not.

The rule of thirds is the most well-known composition rule in the world of photography and for good reason – it’s extremely simple to execute, it’s very innate to view and, as such, its impact is significant.

Though most commonly seen in landscapes, the rule of thirds can be applied in any genre of photography. Due to this popular usage, many overlook the vertical lines in frame in favour of the horizontal, but making use of both can produce some very nice results.

When shooting, you may be able to set a grid on your LCD, but if not, it’s very easy to eyeball. Just imagine the frame divided into three segments across by three segments down, then try to line key compositional features up with the lines or the points they meet.

It’s okay not to be perfectly accurate. As long as you’re in the correct vicinity, the effect will still likely be strong.

As we see in this example image, which highlights the rule’s potential in a street setting, the lower third draws a line almost exactly through the subjects’ eyes. Our gaze falls here naturally, then scans along that horizontal line picking out some fascinating details.

Our second composition rule also used an optical illusion of sorts to draw the viewer’s eve further into the scene. Leading lines don’t strictly need to be straight lines – instead, any series of foreground objects can be used. The classic S-curve, in which a river, shoreline, road or other subject snakes through frame, is just one example of a leading line.

To have the most dramatic effect, your objects should lead to the main focal point of the scene. A visual road to nowhere may still be enjoyable, but it’s better yet to end at an impressive destination.

Again, this is a technique typically applied to landscapes or on the street, but it can be used creatively in other genres, such as portraiture or macro photography. When including leading lines in your composition, be cautious that they don’t become an unwanted main focal point themselves, particularly if your line consists of individual objects such as rocks on a beach.

Many photographers will tell you that one sure-fire way to capture more interesting photos is to fill the frame with compelling subject matter, being hyper aware of every edge and every corner, not just whatever immediately surrounds your subject.

In many instances, this does work wonders, but what if you were to take the direct opposite approach?

Certain subjects are simply so compelling that they demand complete and total attention. Presented on an almost blank canvas, they still manage to communicate a story and, of course, remain pleasing to the eye.

Using negative space well can be a difficult task. It’s hard to determine what could be a worthy subject in isolation and what will just make for a boring shot. Logistically, you may not be able to capture the subject you want without something else in frame, either.

The remedy for the former is simple – take the shot! If it’s not a winner, no harm done. There may be nothing you can do about the latter, but try to consider all angles and framings, or consider a long exposure which can blur moving surroundings.

Capturing balance in your photos seems less like a composition rule and more like common sense, but it’s overlooked a surprising amount. Sometimes, this omission works well, but more often, a balanced frame is very pleasing to the eye.

Really, all this comes down to is considering all parts of the frame as we just mentioned. Try not to get too drawn in by just one element of your photo and, instead, consider it as a whole.

Balance can mean literal symmetry of a single subject within the frame, but it can also refer to a number of elements coming together. If, for example, you have one very strong subject on one side of your frame, seek something to draw the eye to the opposite side, too. This doesn’t have to be balance between left and right – a sense of symmetry across a vertical or diagonal axis works just as well and makes finding that balance all the easier.

Much like the rule of thirds, the golden ratio is a means of creating your composition based on the position of the key subject within frame. It’s a little more complex, both in its mathematical basis and in carrying it out, but it’s nothing you can’t master, and some believe it’s the most pleasing approach to composition around. The ratio itself is 1:1.681, but it may be best considered visually.

You may have seen the golden ratio before in the form of a Fibonacci spiral and you’ll most certainly have seen its use in some of the most famous artworks in history, whether you knew it at the time or not.

When shooting, you may be able to overlay a guide complete with spiral, but with some experience you’ll begin to compose to the ratio quite accurately by eye. It’s also very likely you’ll find a golden ratio overlay in your preferred editing software, so if you’re seeking perfect results, that can be used to crop and rotate as needed.

It’s important to understand that the golden ratio doesn’t only apply to curved subjects like we see here, that’s just the most obvious example there is. Instead, try to think of the ratio, or its curve, as a journey for the eyes. Any set of subjects, varying colours or light – much like the leading lines – can lead the eye on that journey around the frame, ending on one key focal point.

If you have a great shot that perfectly follows one of these composition rules, be sure to show us on Instagram, Twitter or Facebook. Tag us using the handle @photonewspn or reach out with your questions. 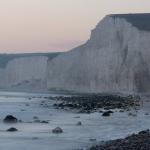 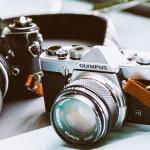 Aperture, shutter speed and ISO have practical and creative effects on your photos. Here's...
Read Here