Your camera’s settings aren’t purely for function. The secret to more creative photos lies in understanding the appropriate settings and how to use them.

If you’ve been following our camera settings series, you’ll know that aperture, shutter speed and ISO all have a distinct impact on the way photos look. These are settings all photographers use – or should use – to shape their images, regardless of which camp they’re in. But in addition to those that control exposure, there are a host of settings that have a huge creative impact on the look of your photos.

Even for the purists out there, these settings are worth knowing and exploring, purely to broaden your understanding of your camera, your photos and yourself as a photographer if nothing else. If you missed part one and part two of the series, we’d advise reading them before you continue. If you’re all caught up then, without further ado, here are a few of our favourite settings for more creative photos.

We mentioned long exposure when covering shutter speed in part two of the series, so we’ll start there. After reading the feature, you’ll know that one effect of shutter speed is the amount of movement or motion blur captured in a photo. Photographers using long exposures seek to do just that – capture movement.

Naturally we can’t capture actual movement in a still image, but we can capture the results of movement. There are a number of great uses for long exposure photography, one of which is landscapes.

Capturing a long exposure shot of a landscape scene with water or moving clouds can produce beautiful results. For this – and any photograph taken with a long exposure – you’ll need to use a tripod, otherwise, your whole frame will be a messy blur due to shaking hands. Set your exposure based on your desired shutter speed and press that shutter! Check how much blur you captured in your photo and adjust accordingly. 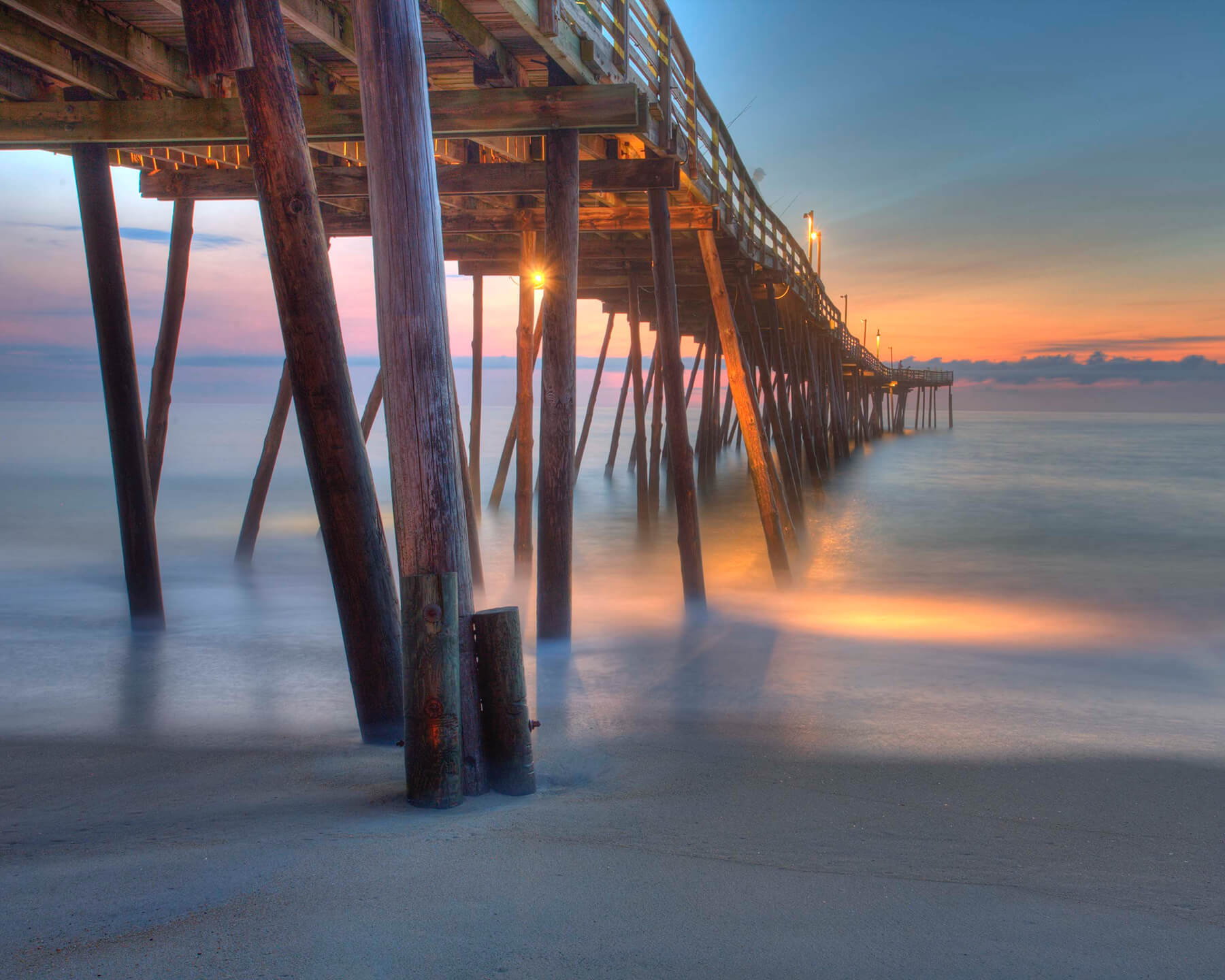 Image The effect of this long exposure is clearly visible in the water. Credit: Tradd Harter

Most cameras will allow an exposure time well into the minutes, but be aware of your other settings. In bright conditions, if you exceed a certain exposure time without use of an ND filter, your image will be overexposed.

Another great tip is using your camera’s timer or a remote shutter. Even on a tripod, you can create unwanted blur across the whole frame by pressing the shutter manually and shaking the camera.

A second fantastic creative use of long exposure is the way it captures light, or rather, moving light sources. When it’s dark, try setting your camera on its tripod and capturing a car as it drives past. Its lights should appear as a long trail. This effect works with any moving light source. 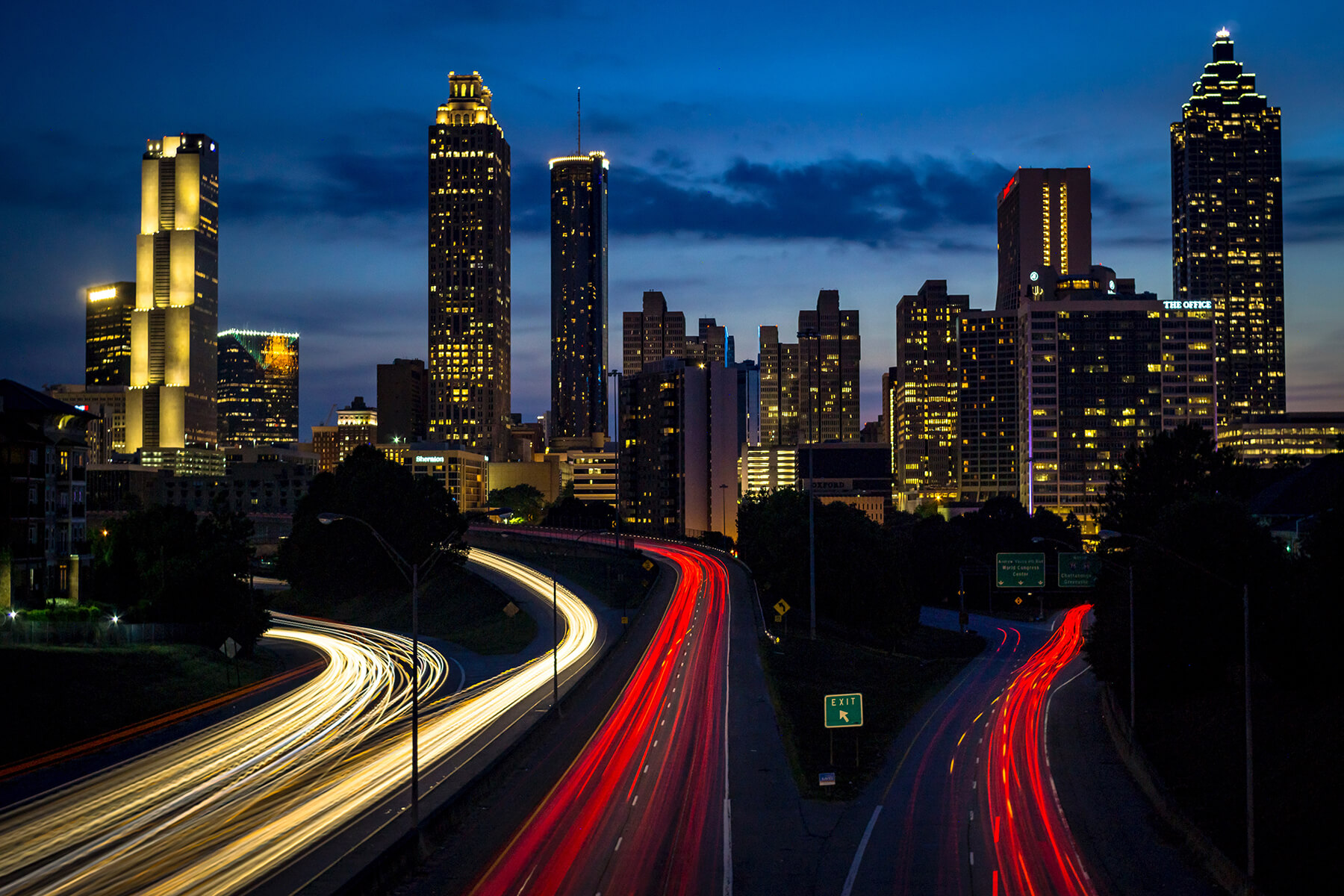 The double exposure is certainly a greater step away from the traditional than a long exposure. For those unfamiliar, double exposure is exactly what it sounds like – exposing the sensor twice and capturing one image on top of the other.

If you own a modern DSLR or mirrorless, there’s a good chance your camera has a double exposure function. This will allow you to capture a frame, then shoot your second one with the first still displayed on the screen.

If your camera doesn’t have this setting, don’t worry, the effect is easily replicated in Photoshop. Simply stack your two images as layers within the same file and reduce the opacity of one or both of them to the desired effect.

One popular use for the double exposure is creating unique portraits. If you’re looking for something even more experimental, though, look for interesting mixtures of light, shape and texture when selecting your two images and throw away traditional composition rules. 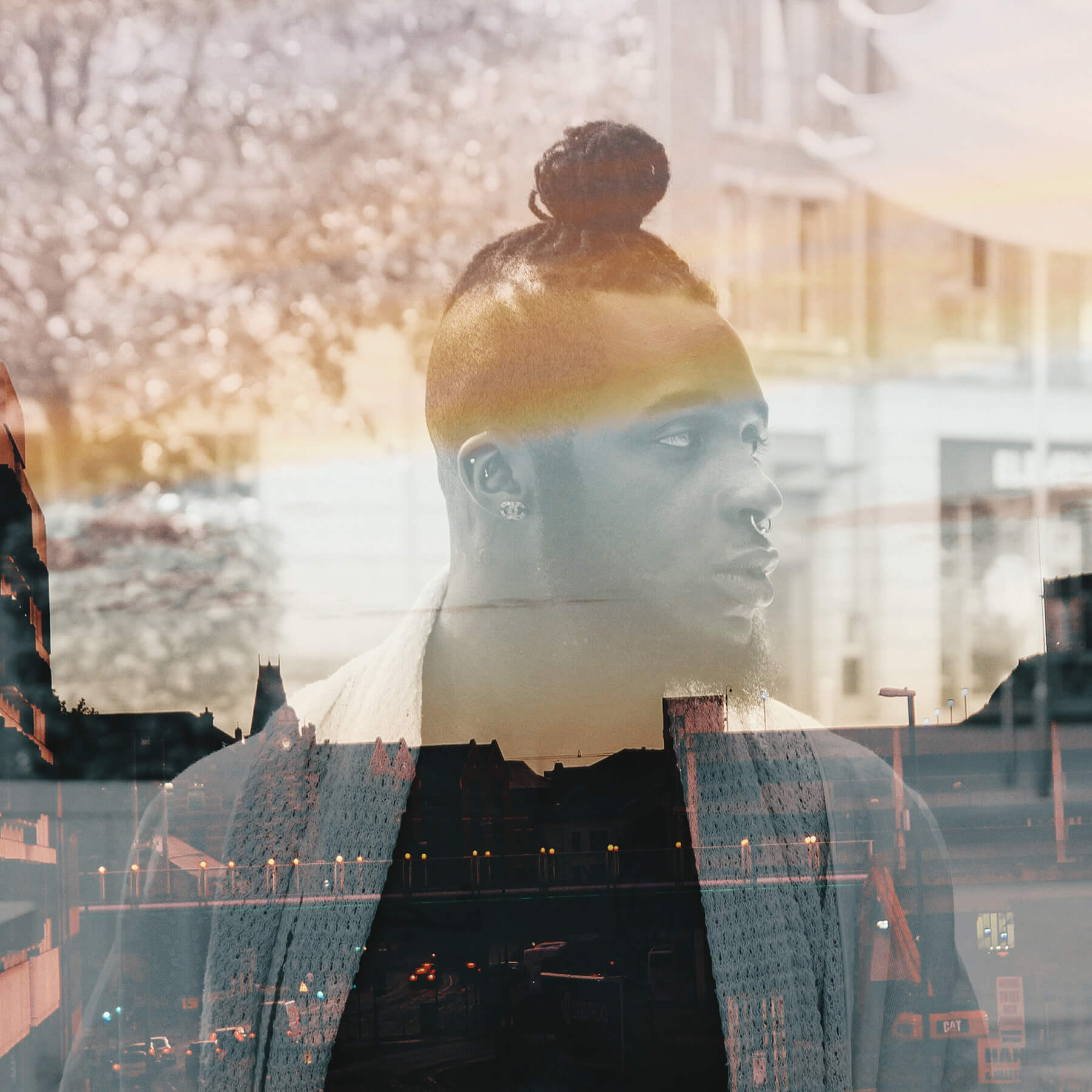 There’s more to monochrome photography than shooting unnecessary black & white photos. By all means, shoot in (or edit to) black & white, just ensure the photo calls for it. When you do, you’ll want to look for a shot with great textures and contrast.

Colour monochrome photos can look astounding, but it’s often difficult to find a nice composition featuring only one colour. If you do, though, the same guidelines apply. To clear up any possible confusion, a colour monochromatic photo is one that includes varying shades of the same colour only. A patch of grass, for example, would be a green monochrome – but likely not a very interesting composition.

Another piece of advice would be to shoot Raw. You’ll be able to get the most out of the photo’s colours (or shades) when it comes to the edit. If you have the capacity, shooting Raw plus JPEG is usually advisable. 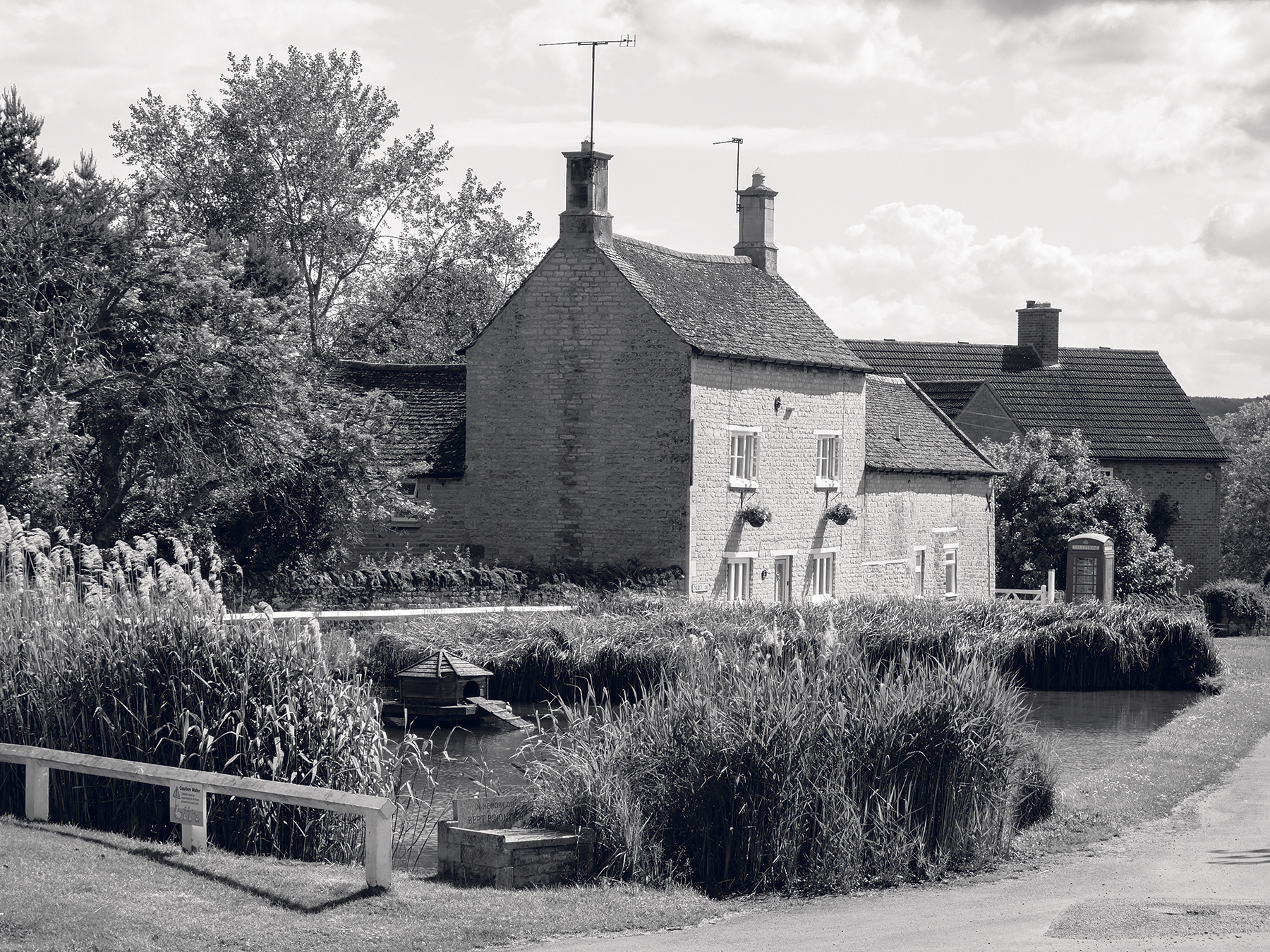 As the name suggests, time-stack photos consist of many stacked photos taken over time. To create one, set your camera on a tripod – it’s essential to keep your camera completely still – and take a number of photos using an intervalometer (these days, many cameras have one built in, in the form of a time-lapse function).

Once you have your photos, you’ll need to stack them in Photoshop. To do this, simply click ‘File–scripts–Load Files into Stack…’ Then, change every layer from ‘Normal’ to ‘Lighten’. 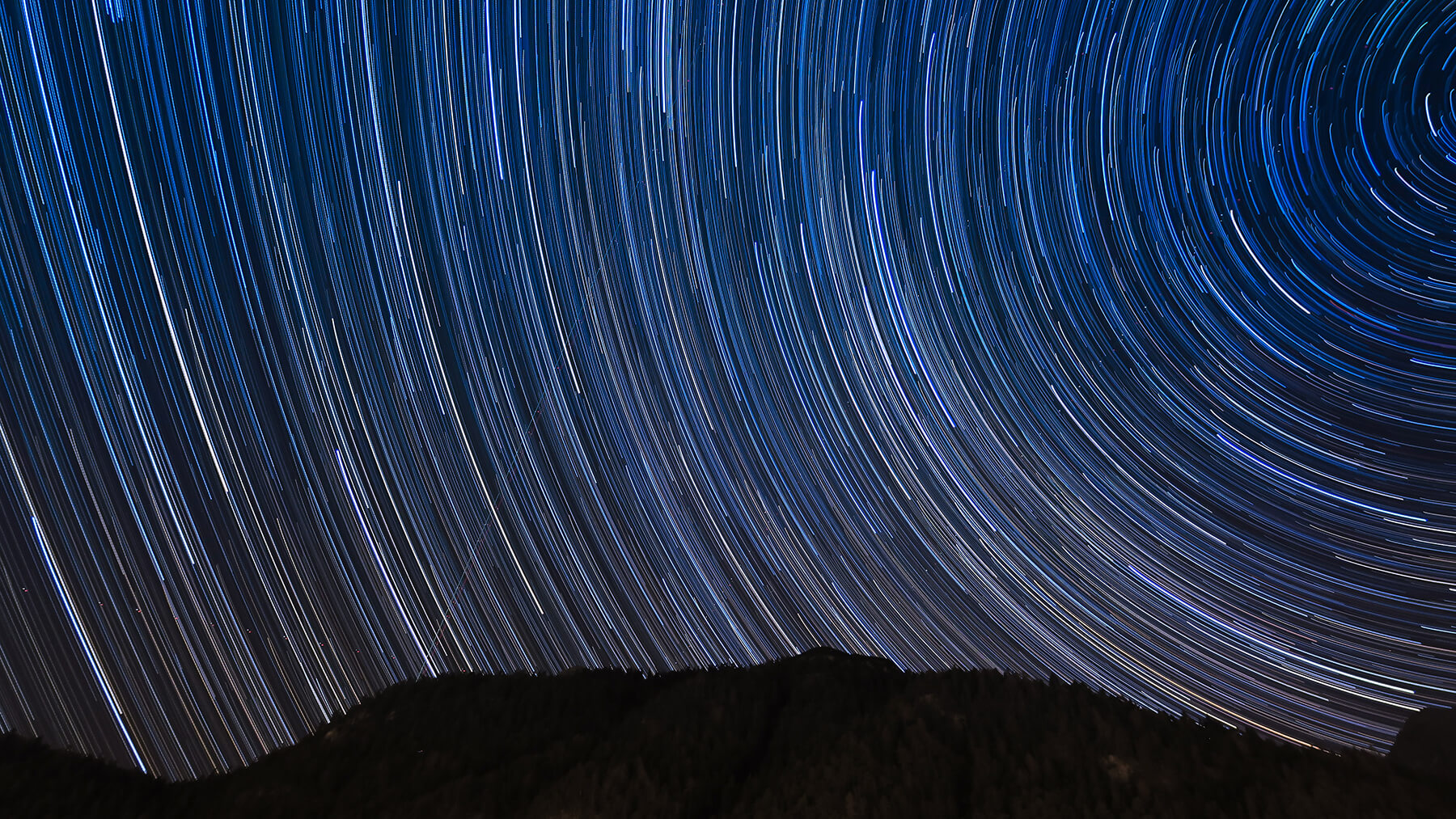 Do you consider yourself a purist or an experimenter? Either way, get out there and give these settings a try! You owe your camera that much.

If you want to share your favourite setting that wasn’t included in the list or show us your creative photos, reach out on social media using the handle @PhotonewsPN! 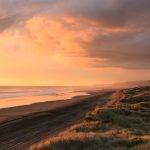 Improve your sports photography with these 7 pro tips 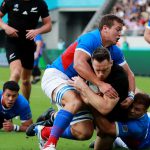 The proof is in the print

Is going cartridge-free the future of photo printing? Epson thinks so, and printers like...

For sharpness throughout your whole photo and the greatest dept-of-field possible, using hyperfocal distance...

Sooner or later, you’ll have to trade in your beginner camera for a more...

Making the most of reflections can create real interest in your shots. Here are...
Read Here