A new lens option for Panasonic’s Lumix S Series is arriving in late November. The Lumix S 85mm f/1.8 is the first of four fast aperture f/1.8 lenses announced by the brand, with all to feature common design points including size, filter thread diameter and physical controls. A 70-300mm telephoto zoom is also in development.

Users making the most of the S Series’ impressive video specs will be pleased to hear that features like suppressed focus breathing are present on the 85mm, with its fairly light 355g body making hand-held shooting and gimbal balancing all the easier.

The lens is rounded out with dust and splash resistance, capable of functioning down to -10°C.

In other Lumix news, a free firmware update for S1H, S1R, S1, S5 as well as G100 bodies will be released on 24 November, with another following in 2021. The older S models will inherit the improved autofocus capabilities of the newer S5, with improvements in AF-C tracking performance among other areas.

The G100 will adopt Lumix Webcam Software compatibility and gain the ability to display flipped images when the free-angle LCD is rotated. 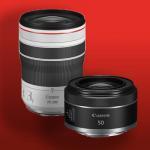 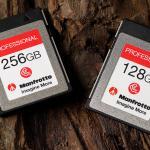