Fujifilm has its X-T, X-Pro and X-E series of APS-C format mirrorless cameras, and now we have the first model in the new X-S series: the X-S10, a camera designed to have popular appeal and help the brand get to the market-leader spot in this format.

The new Fujifilm X-S10 is a camera designed to appeal to image makers looking to move to mirrorless who demand great stills and video performance, super handling and an affordable price.

Furthermore, its control layout and overall body design is targeted at people who aren’t traditionally Fujifilm photographers. So you get a handgrip that is larger than you might expect on a small camera and this gives a solid grip even when paired with a telephoto lens. There are front and rear control dials, a function dial for making quick changes (its default is to select Film Simulation settings and there are 18 options on this model) and a dedicated focus joystick. There’s also an ISO/function button, PASM dial with four custom positions, while the rear flip-out monitor offers touch focusing and shooting.

At the camera’s heart is Fujifilm’s X-Trans CMOS 4 26.1-megapixel sensor that works in conjunction with the quad-core X-Processor 4, the same combination seen in the brand’s top-of-the-range X-T4, so we’d expect image quality to be of the highest order. Using the electronic shutter, burst shooting at 20fps is possible and you can up this further to 30fps if you shoot with the 1.25 crop. Burst shooting with the mechanical shutter is 8fps.

Autofocus is fast, too, with an enhanced performance of 0.02sec and modes include tracking and face/eye detect. Low-light AF is impressive, with the phase detect system working down to -7EV (with the XF50mm f/1.0 R WR lens). 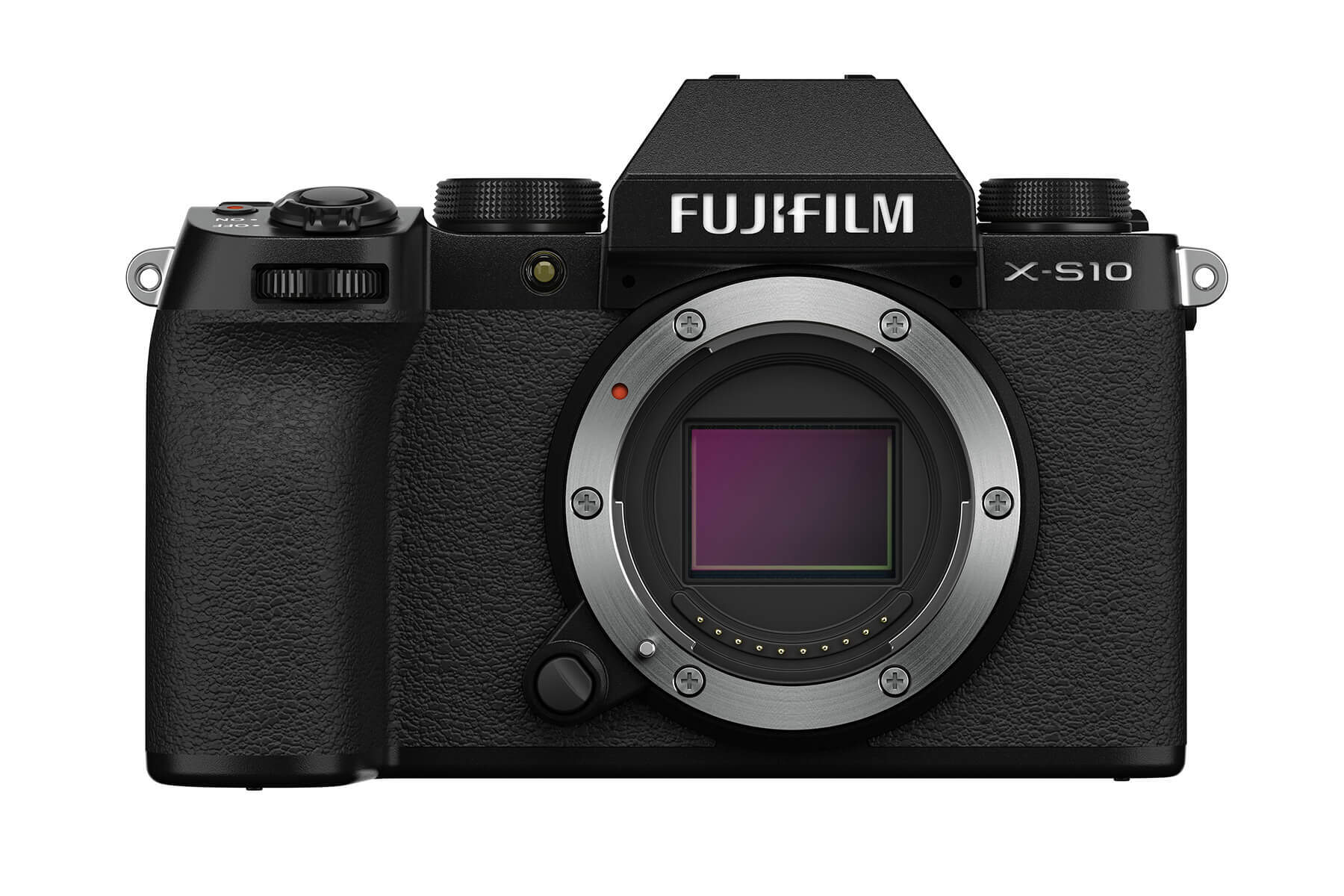 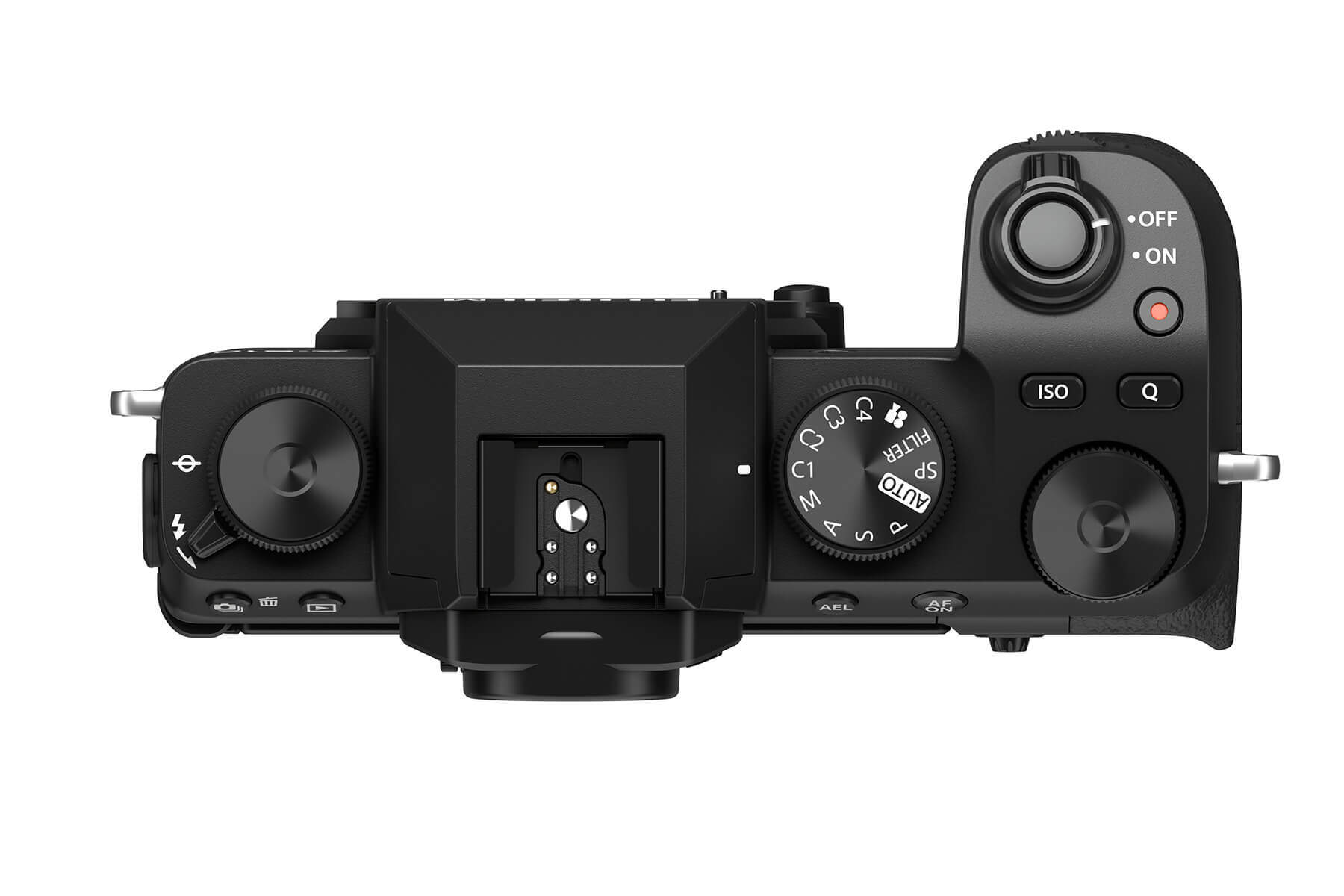 Fujifilm has installed an in-body five-axis image stabiliser in the X-S10, and this unit is 30% smaller and lighter compared with the X-T4’s. Its quoted benefit is 6EV, so 0.5EV less than the X-T4, and you get this with the vast majority of the XF lenses.

You won’t be surprised to learn that the X-S10 is blessed with a good range of video features. Top of the list is uncropped DCI 4K at 29.97/25/24/23.98fps and that’s supported by 4:2:2 10-bit recording via the micro HDMI port, a 3.5mm microphone port and headphones can be connected via an adapter in the USB-C socket.

Other notable features include a built-in flash, enhanced output with the Auto/SP modes, which includes the option to shoot Raws, dedicated movie record button and it accepts NP-W126S batteries – the same cells used in most X Series cameras. The X-S10 is also compatible with Fujifilm’s Webcam software.

There are three more exciting announcements from Fujifilm in a big news day for the brand.

First, the XF10-24mm f/4 R OIS WR – an ultra-wide zoom lens, covering a 15-36mm full-frame equivalent range – is on its way. The new lens shares much in common with its predecessor but with notable updates, including an f/stop scale on its aperture ring, an auto-position lock and weather resistance. Overall weight has also been reduced by 25g and OIS has been improved by one stop. The lens will be released in November, with an RRP of £899.

Finally, a free firmware update for the Fujifilm X-T3 has been announced. Arriving 28 October, the update will improve the camera’s AF performance to match that of its younger sibling, the X-T4. In terms of hard specs, the fastest speed will be improved from 0.06 to 0.02secs, tracking performance has been doubled and AF will work in low light down to -7EV, among other changes.

The X-S10 is a small camera and, even with my average-sized hands, a compact body form can be an issue with handling. But not here. The X-S10’s handgrip is excellent and provides a secure grip without my fingers being cramped for room. I did walk around with the X-S10 in my hand ready to shoot, and that is helped with an on/off switch on a collar around the shutter button. Its body weighs 465g, so combines really nicely with the XF18mm f/2. To help keep body size trim, the X-S10 uses the NP-W126S battery, the same cell used on most X-T series cameras. 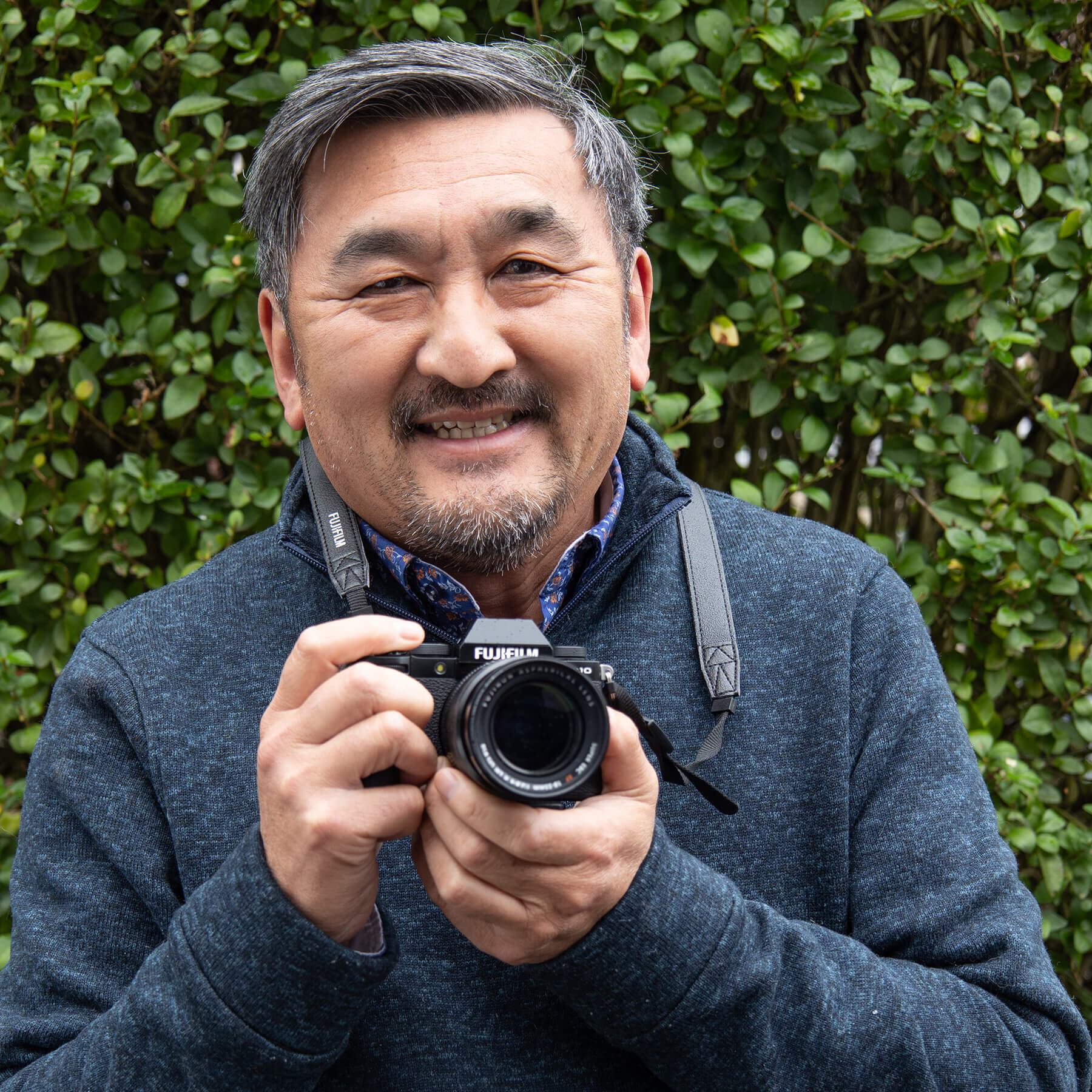 The body’s limited acreage inevitably means controls are on the small side, but they are good to use positively, and that included the AF-ON button. I also found using the focus lever was fine without having to adjust my grip.

The two unmarked function dials are part of design concept of broadening the appeal to non-Fujifilm users and they worked fine. The left dial’s default function is for Film Simulation modes, but this can be assigned to a multitude of functions including ISO, while the one for the right thumb is exposure compensation only.

The X-S10 is not weather-sealed, but I took it out in the rain anyway. Of course, I tried to keep it dry as much as possible, but its performance and handling were unimpaired despite the inclement weather. 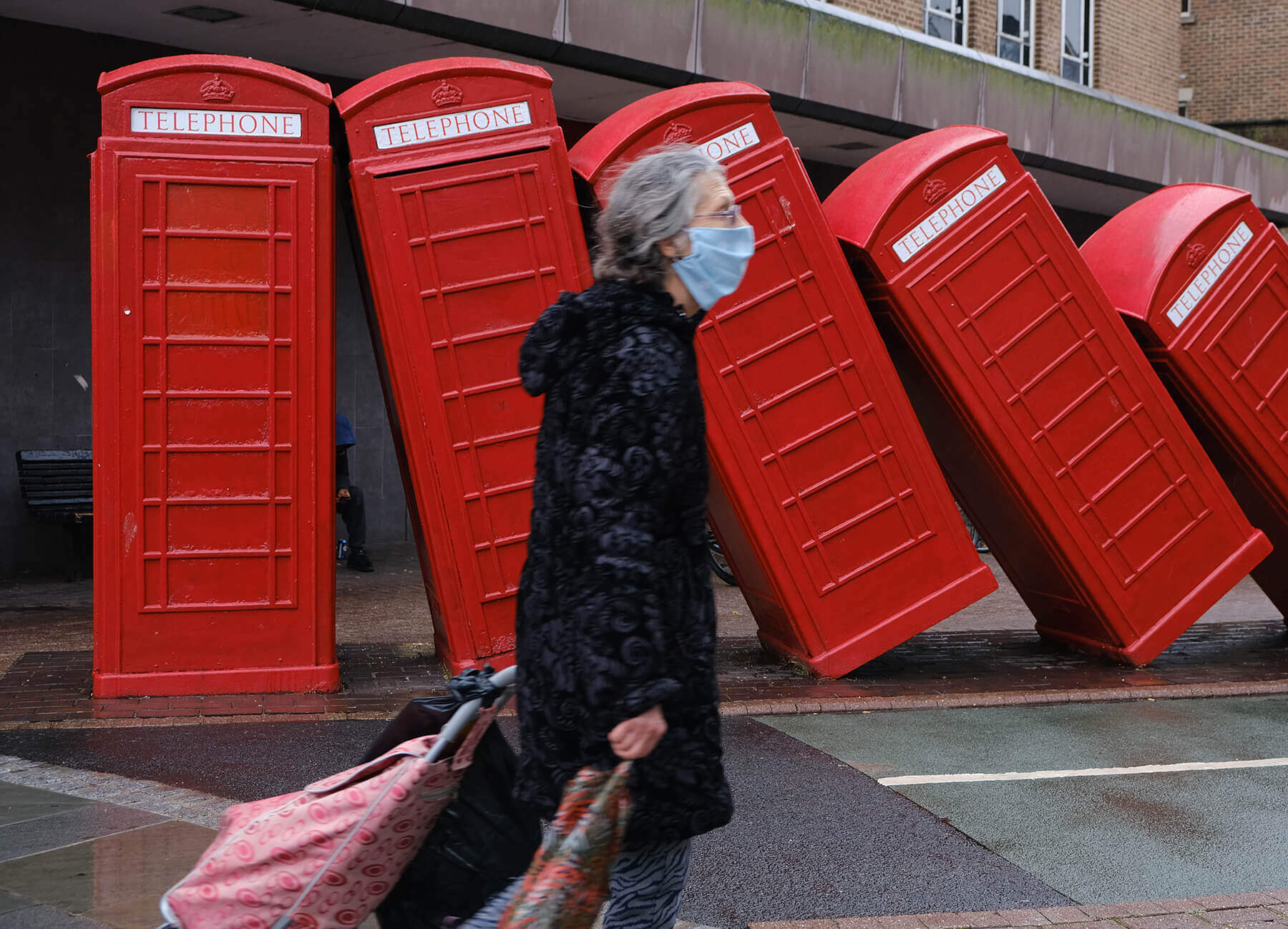 I shot at a variety of ISO settings, but as the sensor and processor are the same at the X-T4, I expected a good showing and so it proved, with my shots showing low digital noise at mid to high ISO levels with impressive sharpness and impressive colour rendition.

Until we get a full production sample, I can’t offer any firm judgement on the X-S10 but I found it a nicely featured camera that handles really well. 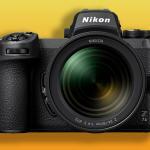 Concrete in Life competition kicks off 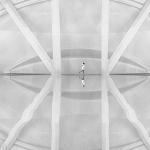 The second addition to Leica's Q range has a variety of newly developed features...

Fujifilm’s GFX100S is a 102-megapixel medium-format camera that is portable, versatile and impressively featured
Read Here