If you’re new to filmmaking, sooner or later you’re going to make one of these video mistakes – unless you get ahead of them, that is!

Enthusiast videography is becoming more popular than ever, and for good reason. With the advancement of DSLR and mirrorless cameras over the last few years, shooting video is incredibly accessible. It’s a new avenue for stills shooters, there’s a big market for it online and it’s a fantastic feeling to gain a deeper appreciation for the films most of us grew up loving.

In issue 77 of Photography News, we kicked off our Summer Festival with a beginner’s guide to shooting video. There, you can find just about all the basics covered, including resolution, frame rate, memory cards and much more. Here, we’ll cover some of the common pitfalls.

There’s nothing wrong with making mistakes. In fact, many would argue it’s the best way to learn. But there’s a time and a place for that, and missing a fantastic shot isn’t going to help anyone. So, while we’re sure these tips won’t suddenly make you a flawless videographer, they may help you get ahead of the curve when it comes to some of the common beginner video mistakes, giving you the best possible foundation on which to build.

This mistake isn’t to do with just overlooking the 180° shutter rule – while it is important to follow, it was covered in the magazine feature. Rather, what we’re talking about here is getting penned in by it.

Particularly if coming from a stills background, you may be using a less-than-ideal workaround to balance your exposure. Namely, too high ISO or too narrow of an aperture.

When shooting a still photo in dark conditions, a narrow aperture and low ISO could be achieved by increasing shutter speed, but that’s not possible when the 180° shutter rule is being followed. Instead, some opt for a very high ISO leading to poor quality video, but compromising with a slightly faster aperture is a better way to go.

In bright conditions, even using the lowest ISO possible, the 180° rule may stop you using faster apertures. You don’t have to compromise and use a narrow aperture, though, especially if you’re set on a shallow depth-of-field. Instead, use an ND filter. They’re explained in some depth in issue 77’s long exposure feature, and a variable ND can be a filmmaker’s best friend.

While some auto settings can be helpful in some instances, sticking by them as default is a telltale beginner video mistake.

In almost every instance, autoexposure is out of the question. Aperture-priority mode goes against the 180° rule as just discussed and a changing depth-of-field with shutter priority would also look very strange. The effects of changing ISO wouldn’t be quite so noticeable, but in any case, it’s just not natural viewing to adapt to varying light conditions suddenly. Certainly, some types of video like documentary footage aren’t only meant to make for pleasing viewing, but in other cases, it’s best avoided.

That leaves autofocus, which actually is used by many videographers in certain circumstances. One of our recent Summer Festival web features takes an in-depth look at focusing modes and shows that continuous autofocus is good for tracking subjects in video, much like stills. Bear in mind, though, that manual focus offers more control, so in instances where a shift in focus is being used creatively rather than for function, it may be the better choice.

Once again, this is a video mistake that stills photographers are more prone to. A static, locked-off shot does have its place – watch any film and you’ll see a few – but the whole idea of moving pictures is capturing movement.

The movement within the frame is a start, but even when focused on the most interesting of subjects, more advanced filmmakers will usually include at least a small amount of camera movement, too. This could be small panning movements to track that subject, a slow zoom or pull out for added interest, or anything else.

There’s a similar problem with too much movement, and what both issues really come down to is a lack of planning and intention. Before you press record, try having a clear idea of how you want the shot to look.

Speaking of how you want the shot to look, consider framing. Poor framing may be a surprising video mistake, but it may be more common than you think.

With so much emphasis on other things – correct settings, focus, movement, etc – framing can fall by the wayside. Whether that means losing part of your subject out of frame, or going the opposite way and not getting in close enough, it’s important.

In part, this comes down to lens choice, as every focal length has its own unique effect, but even with limited equipment, you shouldn’t settle for poor framing. You may have to adapt slightly, but that’s part of making any image. In any case, once again, maintain intention with your framing.

We’re not talking about anything advanced here – we’re sure some of you coming from a stills background are more interested in short, single clips than any type of narrative video. But even in this case, simply cutting the front and end of your clip off if it includes unwanted movement and set-up makes a big difference.

Don’t let your video end with you pointing the camera at your feet before stopping the recording. Perhaps even a fade in and fade out would be nice. These are all extremely simple to do, possibly even on your smartphone.

When it comes to filmmaking, sound is a separate skill in and of itself. In a recent Summer Festival web feature, we outlined a few ways to get better sound from your in-camera mic, but many people would rather just not deal with it at all.

The problem is, unlike a photograph, watching a video without sound is incredibly unnatural. Good sound can increase the impact of your video hugely, so it really is an important inclusion.

You can record natural sound at the same time as your video, or, as explained in more depth in the web feature, you could simply record similar ambient sound and play it over your video clip, or opt for some complementary music.

We mentioned above that many of you will likely just dabble with video, recording single clips of beautiful, picture-worthy subject matter. But stopping there is a real shame.

You certainly don’t have to undertake the significant task of creating a short narrative film, but try creating something a bit more, and you may be very pleased with the results. This could even be a short B roll-style video simply made up of more of those single, beautiful clips, all taken in the same place. If you’re a stills shooter, you could consider it the difference between a single good frame and a cohesive, meaningful photo project.

In doing this, you’ll be able to explore more of what videography offers you, you can pick up some basic editing tips and we’re sure your exploration will complement your stills nicely if that’s your main passion. Missing out on all that creative potential would be the biggest video mistake of all.

Find more Summer Festival content in the magazine and online. Issues are free to read via our Issue library and you’ll find plenty more web features in our Inspiration section. 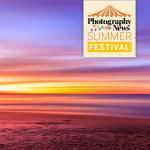 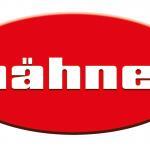 The best used mirrorless cameras in 2020

There are plenty of reasons to go for a used mirrorless – here are...

You could remove people, cars or other moving objects from a scene without having...

Many photographers don’t use their camera’s histogram while shooting, but it’s a real oversight.

In-camera audio is notoriously poor quality, but here’s how to make sure it’s as...
Read Here