Robert Trachtenberg is an Emmy award-winning photographer who has photographed everyone from the likes of Mel Brooks, Bing Crosby and Meryl Steep. Find out more about his latest book, Red-Blooded American Male and Robert’s outrageous photoshoot idea for the Muppets…

In terms of photography where did it all begin for you? Did you ever expect to be working with such big names?
I fell into photography completely by accident, which I discuss in the unbelievably charming forward to the book which I encourage every man, woman and child to read. I was born and raised in Los Angeles and have been around celebrities my whole life. From a very young age I was aware that celebrity and the business of being one can be difficult, ruthless, and heartbreaking as well as the polar opposite. Hollywood has historically been referred to as a factory town, and that’s a pretty accurate description. I didn’t particularly expect to be working with such big names, but at the same time, it never phased me in the slightest. 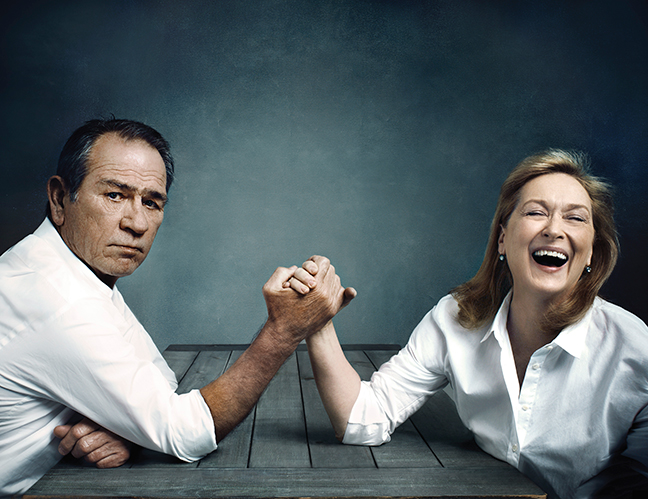 What’s a typical shoot day like for you?
There is no typical shoot day – and that’s the best part of the job. There’s new people to meet and navigate, new challenges to figure out (sometimes on the spot), and you have to be constantly at the top of your game. So, if you can stomach the life of a freelancer, it’s about all the action and adventure I can take.

Your portraits have been named as playful and cheeky, would you say that this is typical of your style? Is it something that you strive for in particular or does it depend on the subject that you’re working with?
Well, I think many photographers are typecast to a degree. Drama is so much easier to shoot than comedy, but I’m known for comedy so that’s that. But I’ll take drama wherever and whenever I can get it. I actually prefer the dramatic stuff because it allows for more creativity in the lighting. 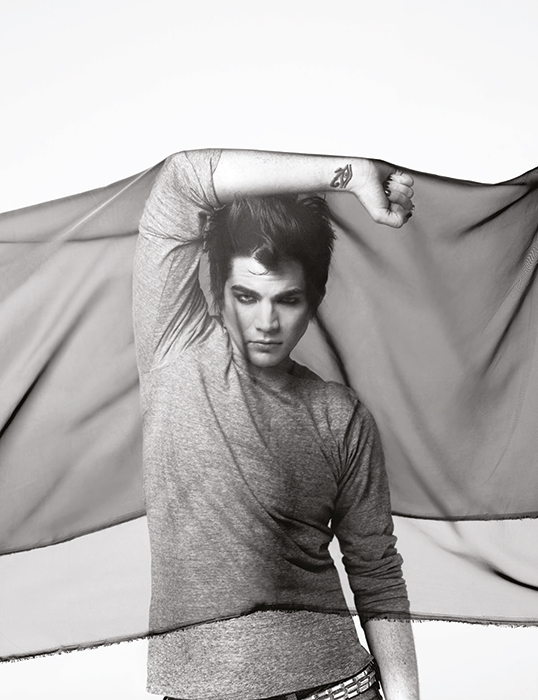 Gender stereotypes are now being challenged more than ever, what role do you feel photographers have to play in this?
Oh, a lot. As I say in the book, if I have to photograph another guy staring off into space wearing a denim shirt again, I’ll go nuts. Plain fact: it’s more interesting when you begin to tug at the edges of things, you know, upset the apple cart and challenge norms.

What’s the craziest thing a subject has ever suggested for a shoot?
Oh… a celebrity once suggested I shot him in the crown of the Statue of Liberty. I asked, “and where would I be?”

Have you ever suggested anything that’s too crazy for a subject?
All the time. The story that comes to mind is when I was hired to shoot Jason Segel and the Muppets for a magazine. He had just done a movie with them. I got on a call with the Muppet people and suggested we have Jason picking them up at the dry cleaners – they would be under plastic on a hanger. I mean, they’re made of felt, right? There was dead silence on the other end of the line until one of the executives made it very clear that they could only be perceived as living beings. So there went that.

When shooting with celebrities time is often very limited, is this something that you’re used too? How do you deal with time constraints?
There is ALWAYS a time constraint. They always have to be somewhere, I have no idea where. When I was starting out working for another photographer, they’d come and stay all day – which is how it had been since the beginning of Hollywood. You’d come for an all-day portrait session. You’d work out ideas together – it’s a process. Now all of a sudden they have to be “somewhere” and everyone expects the first frame to be perfect. So how do you deal with it? You get more money for equipment and you have multiple ideas/sets lit and ready to go.

What has been one of your most memorable shoots and why? Do you have a favourite person to work with?
Any shoot where the subject works with you – truly becomes part of a team – is memorable, because so often they’ll just sit there like a lump and contribute little to nothing. So immediately, Paul Rudd, Will Arnett – anyone willing to show up and play is instantly a favourite for me. 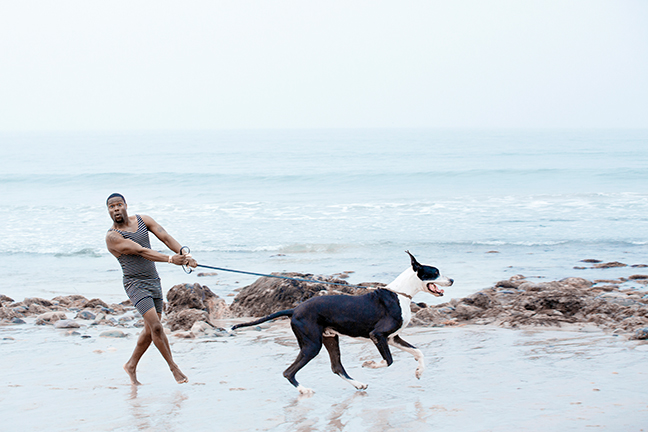 Is there anyone that you haven’t shot with yet that would be a dream come true to work with?
Tilda Swinton and a young Joan Crawford (she’d stay for 24 hours to get the shot right from what I’ve heard). Obviously, Tilda is more doable.

Why did you decide to publish a book of these male portraits?
Oh, everyone and their mother puts out a book. I had been asked for a while and I thought it had to have a theme, it just couldn’t be a random collection of famous faces. When I’d take my portfolio to clients, I began to see that I had unwittingly shot a lot of men mocking the conceits of masculinity, so it all fell into place for me. 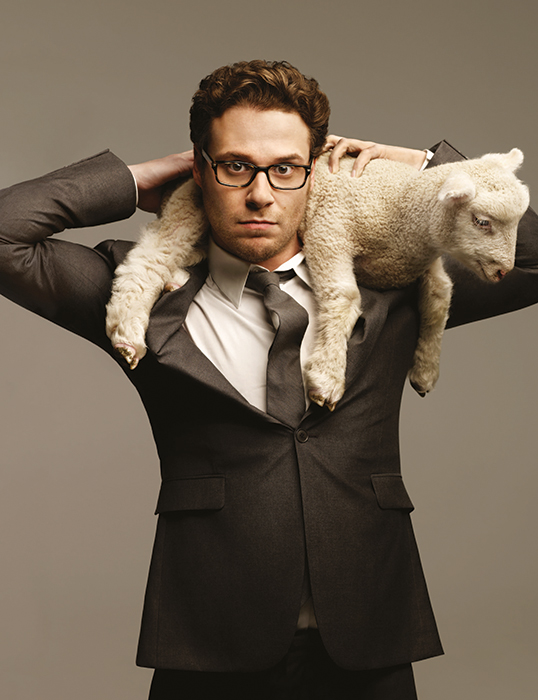 If you had to pick just one image from the book, which would you say is your favourite and why?
I’d have to say the one image that seems to elicit the most response is the portrait of Mel Brooks and Carl Reiner. The fact that they’ve been best friends for over sixty years permeates the image. The shoot was done for New York magazine and it took place in Mel’s office. After so many decades together direction is futile and minimal at best with these two – you just let them go and click the shutter as fast as you can. I will say that every single frame of this very short shoot is usable – they are pros, they threw themselves into it completely. 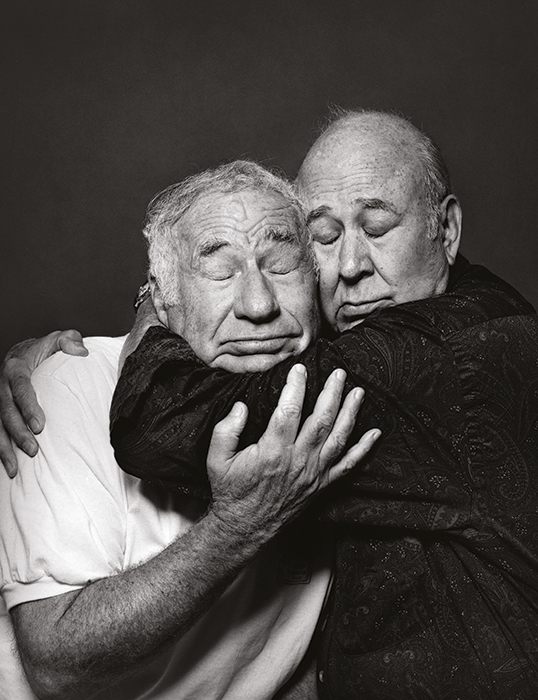 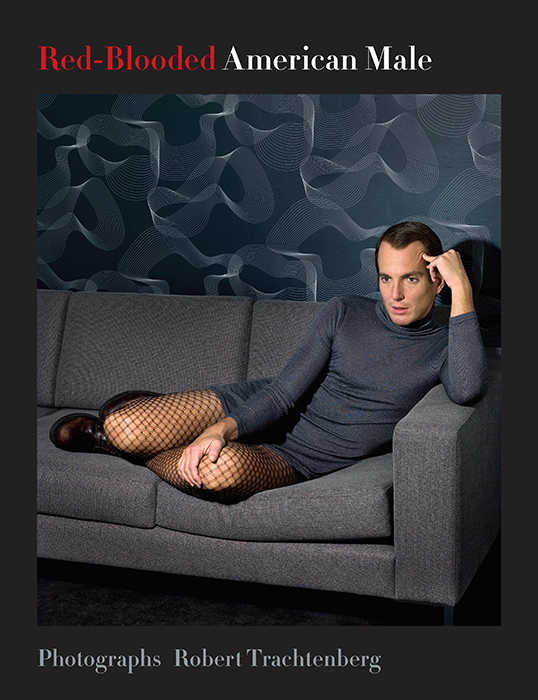 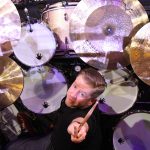 From The Riser, A Drummer's Perspective 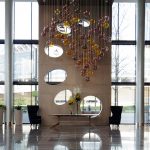 The case for Kase

The Kase filter system offers a practical and elegant solution to using a polariser...

BriAnne Wills talks about her book, Girls and Their Cats and tells us more...
Read Here