These five travel photography tips will change the way you shoot on holidays and city breaks. To prove it, Kingsley Singleton put them through their paces on a lightning trip to Berlin.

Ever struggled to fit every part of an exciting view into the frame? Sometimes a scene is just too big for a one shot, especially when travelling means you’re restricted in lens choices. It’s then that you need to turn to a panoramic treatment. Stitching multiple frames into one, panoramas not only give you a much wider – or taller – view, but they can also increase the amount of information in your travel images, allowing you to capture more fine detail and poduce larger prints.

To start off though, try to get away from the idea that simply creating a panorama will make a better image. It won’t. You should only use a panorama if the scene naturally presents itself as one. It’s not an excuse to get slack on your technique either – for the best results, you still need to shoot at the most photogenic times of day if you can, like sunrise, sunset and blue hour.

Image If a scene naturally reads in a way that’s wider than a normal frame, take the time to record it as panorama. But remember, shooting a panorama doesn’t in itself mean the picture will be better, so still concentrate on shooting at the most photogenic times of day if you can

There are some other things you can do to make your panos more successful, too. Firstly expose and focus manually, so that the sharpness and lighting is consistent. And shoot from a tripod if possible, rotating the camera as though its lens was the axle of a wheel if you can – this will make stitching in software more successful.

Work out where the panoramic framing naturally begins and ends, then set the far edge of your composition in the middle of the first shot and fire the shutter. While keeping the camera position level, rotate slightly to take the next shot, making sure you get lots of overlap between the pictures.

Get a safety net for your exposures

On your travels, time can be at a premium and you may not be able to shoot in the best light. Likewise, you may not have the time or the gear with you to control the light in the way you would normally do. For that reason it’s usually best to shoot in Raw image quality mode.

Raw files give you greater latitude in your adjustments than regular files, so you can shoot with some reassurance that you can fix an exposure in editing if required; JPEG files offer no such safety net.

Images If you don’t have your usual filters with you, or time and conditions don’t allow them, you can achieve greater control by shooting Raw files. Here, it’s mainly the Highlights and Shadows sliders in Photoshop that have improved matters

I took the above image  of Berlin’s Fernsehturm tower in early evening with the tower lit by the setting sun, but the street in shadow. The camera can’t cope with this in a single exposure, leading to the tower and sky being too bright and losing detail.

Thanks to processing the Raw file in Photoshop’s Camera Raw interface I could correct it. I set the Exposure to a negative value of -1.20, darkened the highlights by moving the Highlights slider to the left, and brightened the shadows by moving the Shadows slider to the right. A small increase in Vibrance returns the colour to overexposed areas, and I straightened up the framing using the Transform and Crop tools.

Get some local flavour

Good travel pictures often have a strong sense of place; clear and simple visual clues about where they were taken that’ll put the viewer in your shoes. This can come from many things including iconic buildings and monuments, famous landmarks, local dress… and also language, in the form of signs. Try to include one or more of these elements and you’ll instantly add local flavour to your images.

The shot below of the Berlin underground is a good example; imagine it without the signs in German, and it could be anywhere; but with them it’s immediately clear where you are. Taken handheld, in shutter-priority mode (S or Tv on the mode dial), I used a shutter speed of 1/10sec, meaning I could rely on holding the camera still enough to keep the majority of the scene sharp while the moving train became a blur. 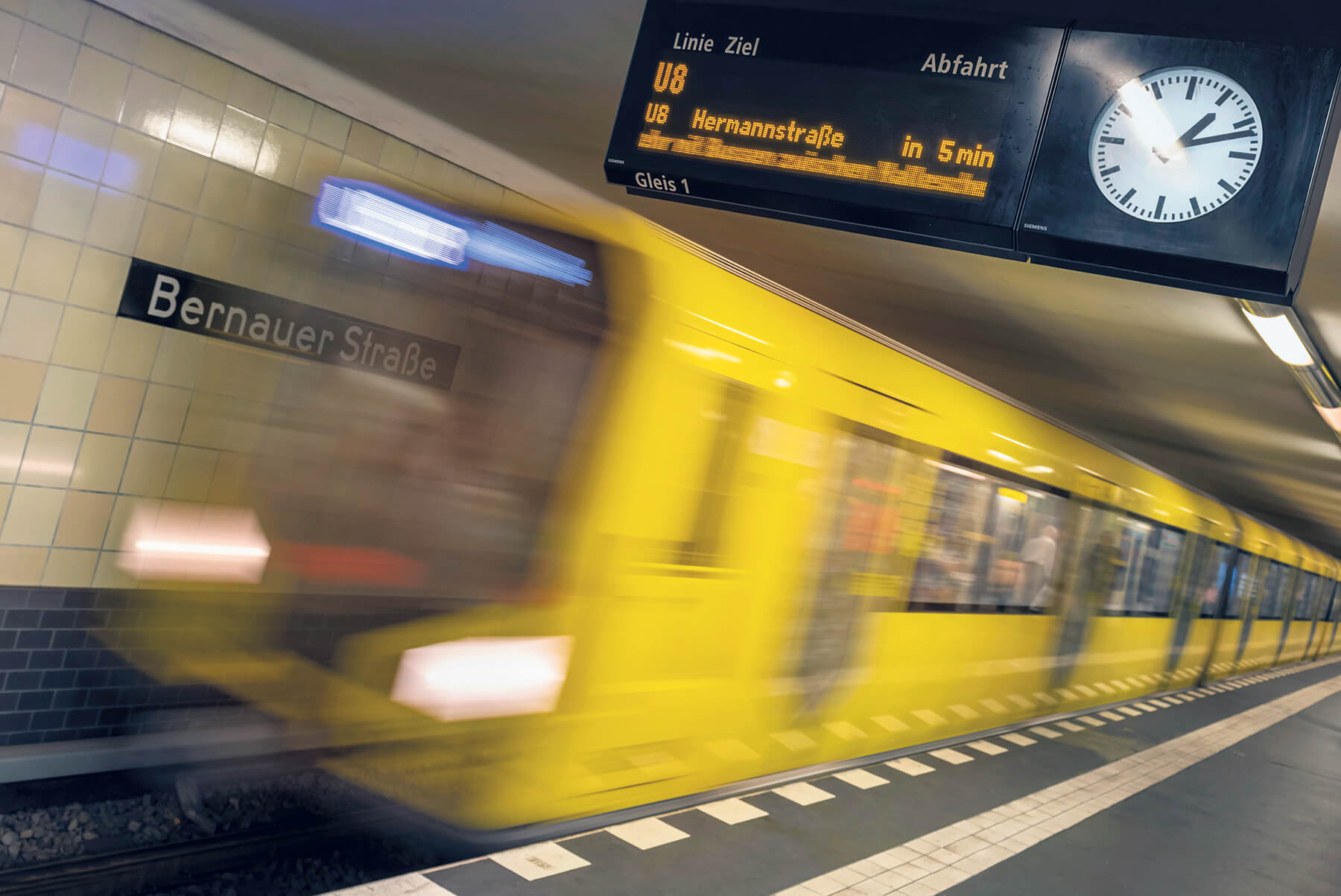 Image In this picture of the Berlin underground, the station name and the information signs in German provide immediate orientation for the viewer

Get creative with crowds

Depending on your photographic outlook, crowds can either be a blessing or a curse. Most of the time, it has to be said, they do get in the way of a beauty spot, or pleasing architecture. But treated in the right way, crowds can also make a scene more interesting, or even be a good subject in themselves. For example, all you need to do is combine a crowded scene with multiple exposures and Photoshop.

Here, at one of Berlin’s busiest stations, I noticed the passenger wearing red was engrossed in her phone. She wasn’t moving as much as the other passengers either, so I decided to contrast her static pose with them. I didn’t have time to set up a tripod, so instead shot four images, handheld, each one a few seconds apart. 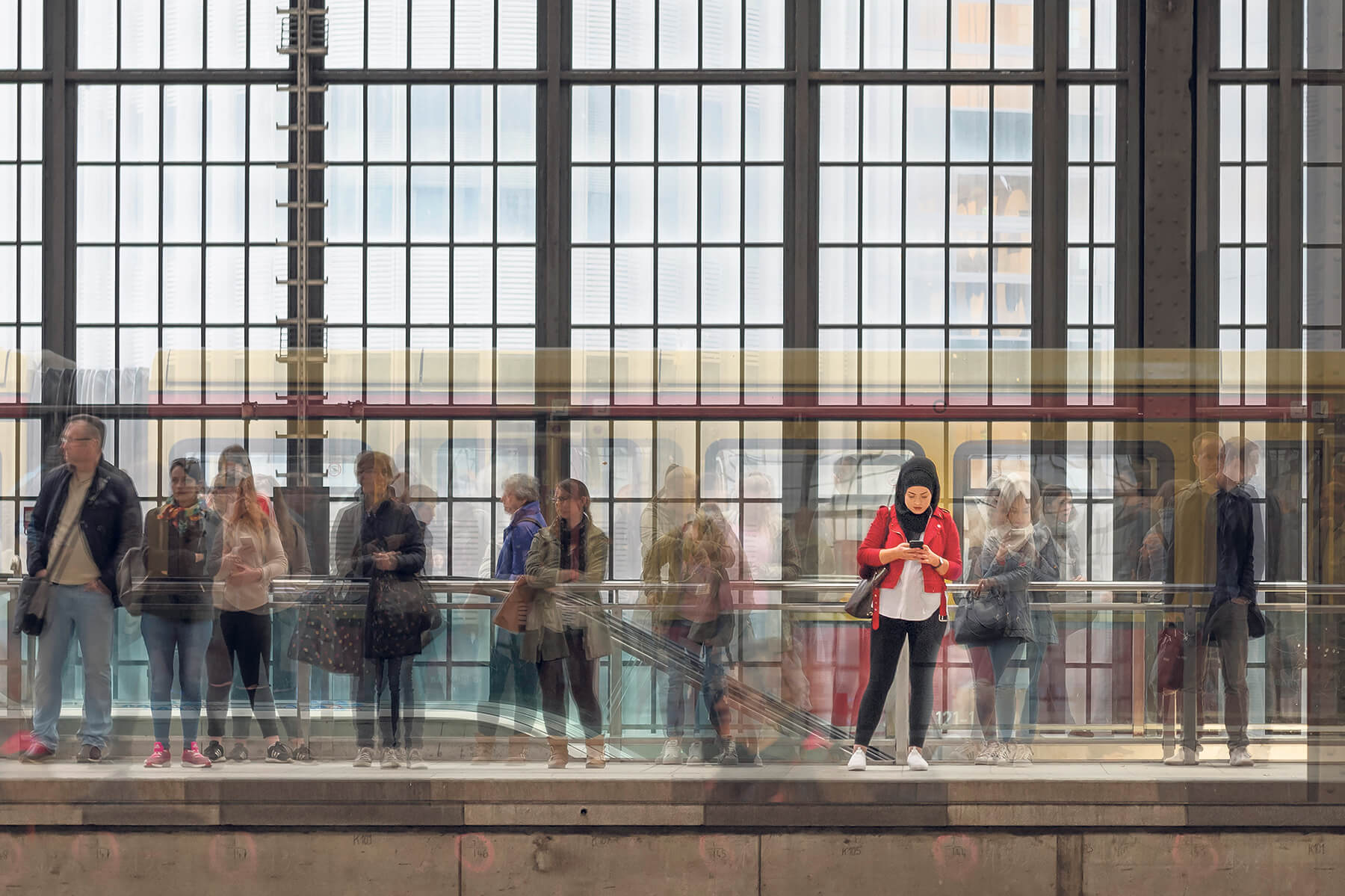 Loading these into Photoshop, I used File>Scripts>Load files into Stack, taking the four pictures and placing them in a new file as layers. Next, I used Edit>Auto Align Layers to sync the four, removing slight differences in framing. Finally, in the Layers palette, I lowered the Opacity on the top three layers, letting most of the figures ghost out, while the static subject remained sharp. Any minor shifts in her movement, I removed on the individual layers with the Eraser tool.

One of the most rewarding things to do while you’re away with your camera is to follow a project. It doesn’t need to be a huge undertaking, and can last as long as you like. All you need to do is set a theme or subject, and stick to it, creating a series of similar images. They don’t even have to be great on their own; the sum being greater than the parts.

Wandering around Berlin, I began to notice, as in many European cities, the number of buildings that had tunnels under them leading to courtyards or garages; each one leading to the light. I decided to shoot them as I found them, stopping for a moment at each gate and trying to shoot them in a consistent way.

Consistency really helps with a series of images like this; for instance, each time I found an example, I switched to a square framing on the camera, shot in aperture-priority (A or Av on the mode dial) at f/5.6, focused on the end of the tunnel.

For more inspiration, tips and techniques, take a look through our Inspiration section.

If you put these suggestions to good use, or if you have some great travel photos in the bank, show us! Tag us in your photos on social media using the handle @PhotonewsPN. 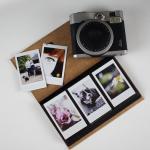 Every photographer needs an instant camera: here’s why 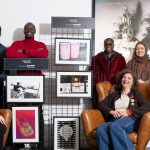 WhiteWall: Framed for the ultimate finis...

Print perfect prints with a lab: One Vis...

We know for a fact that there are more images being taken these days...

Here are some of the best landscape locations in the country, as chosen by...
Read Here