We’d wager Canon fans weren’t necessarily hoping for a host of changes when the EOS-1D X Mark III was announced, and that speaks volumes for the success of its predecessor. Thankfully, many of the Mark II’s well-loved features can still be found in Canon’s new model.

Of course, there have been some significant updates. So, here are are the new key features you need to know about, and a quick look at how the two cameras compare.

Many photographers may be surprised to see the 1D X Mark III has actually lost a few pixels compared to its older sibling. That’s not necessarily a bad thing: the Mark III’s 20.1 megapixel count is only marginally different to the Mark II’s 20.2-megapixel sensor. In Canon’s eyes, 20 megapixels gives the perfect balance between quality and speed.

There’s a greater difference when it comes to processor, and Canon promises significant advancements in the Mark III’s DIGIC X. There are a number of resulting improvements as far as hard specs go. Which brings us to our next point…

Canon has set a new industry-leading standard with the 1D X Mark III’s burst capabilities. Users can now enjoy an impressively fast 16fps when shooting through the viewfinder. Move into live view mode and that figure jumps to 20fps – and that’s with mechanical or electronic shutter, and full AF.

Speaking of autofocus, the Canon 1D X Mark III has made significant improvements, and considering the Mark II’s impressive credentials as a sports and wildlife camera, things look promising.

The new flagship possesses 191 AF points to the older model’s 61. Centre resolution is 28 times that of the Mark II, as well. If that wasn’t impressive enough, the Mark III contains a dedicated sensor and processor, solely for dealing with autofocus, as well as deep-learning capabilities.

Only time will tell when it comes to the success of this deep-learning system, but Canon assures it can already identify different sports and track athletes’ faces, even while they’re wearing goggles or a helmet.

We stated the 1D X Mark III’s main sensor is much the same as the Mark II’s as far as pixel count is concerned, but one significant new improvement is in the field of low-light performance.

The new camera has a huge expanded ISO range of 50 to 819,200, compared to the Mark II’s 50 to 409,600. In addition to the greater range, Canon promises more advanced noise-reduction at all sensitivities.

The Canon 1D X Mark II is a real workhorse of a video camera – it has almost everything and is arguably one of the best non-cinema video cameras on the market. But Canon has outdone itself once again with a few additions that are sure to please.

Among them, 12-bit internal Raw recording and 5.5K capture. But what to do with all that data? Record it on dual CFexpress cards, of course.

Another new video feature is five-axis image stabilisation, which will no doubt delight users of the Mark II, where, for many, stabilisation was sorely missed.

Despite its inclusion in even some of Canon’s entry-level cameras, the 1D X Mark II didn’t feature Wi-Fi or Bluetooth. Fortunately, this oversight wasn’t carried over into the Mark III, and the new camera’s connectivity options are as well-rounded as any. Sometimes, the simple things make all the difference.

What new feature are you most excited about? Maybe it’s one we didn’t cover. Will you be upgrading, or maybe switching systems altogether? Let us know on social media using the handle @PhotonewsPN. 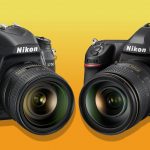 Take on the 365 photo challenge 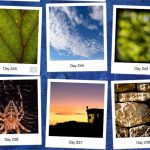 Everything you need to know about lens f...

A few good lens filters rank highly in the hierarchy of photography accessories, and...

How to improve your fashion photography

Saurabh Dua has spent more than 15 years as a professional photographer within the...

Good photography isn’t all about gear, but that doesn’t mean we photographers don’t want...

As time goes by and technology advances, cameras on smartphones are becoming more and...
Read Here